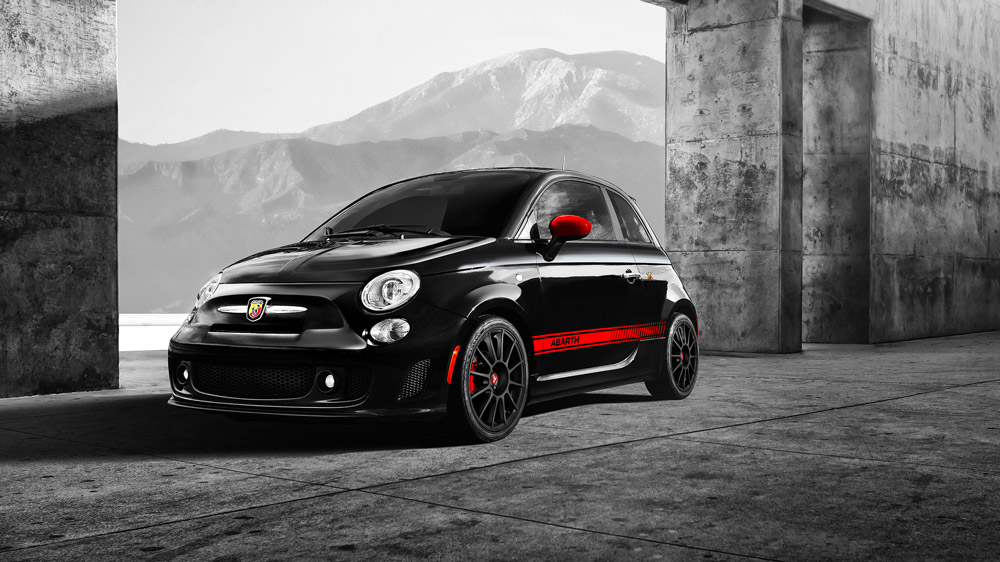 Alas, this is the final chapter in a story of a car that, like the fruit fly, enjoyed only a brief lifespan on our shores. The year 2012 saw its introduction to the United States market, and only eight years later, 2019 marked the final model year for Fiat’s rest-of-world best-seller.

Americans just don’t get how great a car the Fiat 500 really is. Fiat’s smallest model populates traffic-choked European city centers like bees in a cozy hive, able to park in spaces otherwise suitable for nothing but a motorcycle or a Smart car. The 500’s cabin amply accommodates six-foot-plus drivers, and rear seats fold down for plenty of extra cargo space. While the 1.4-liter inline-four delivers adequate—if not hair-raising—power, the car’s sub-2,500-pound weight makes the tiny model a quick and nimble commuter. Even with its short 90.6-inch wheelbase, the Fiat acquits itself well on freeway bump strips and takes longer road trips in stride.

The secret weapon in the 500 model range is the Abarth, available as a coupe or Cabrio version, the latter of which we enjoyed for a week of raucous zipping around the canyons and freeways near Los Angeles. I wanted to get my hands on the 160 hp, five-speed manual before it disappeared, and specifically to compare it to the “regular” models in the lineup. Truth be told, this writer enjoys a 500 Pop, which has had formidable upgrades (500madness.com) to suspension, brakes, wheels, tires and chassis that greatly improve handling dynamics and up the fun factor considerably. Although it will never be quick, there are times I regard it as my favorite car to drive around town—without vulnerable front spoilers, limited visibility and the anxiety that accompanies negotiating stop-and-go traffic in a more rarified vehicle.

What is an Abarth, exactly? Karl Abarth (1908 to 1979) was an Austrian who made a very convincing Italian, changing his given name to Carlo and achieving renown building modified Fiats that dominated their class in racing after the WWII. His company—symbolized by the scorpion that was his astrological sign—sold to Fiat in 1971. Today, the Abarth models are the so-called performance versions of the Fiat lineup. Our Fiat 500C Abarth Cabrio wore Colosseo Gray paint, a flattering non-metallic shade of warm, medium gray that imparts a historical rightness to the classic shape.

Weighing less than 2,500 pounds, the car is a quick and nimble commuter.  Photo: Courtesy of Fiat Chrysler Automobiles.

Classic? Yes, the Fiat 500 must be regarded as among the best car designs of the century. It’s ultimately the work of Frank Stephenson, whose portfolio includes cars like the reborn Mini Cooper, BMW X5, Maserati MC12, Ferrari F430 and a host of recent McLarens. A trailblazing design as “right” as the original VW beetle, it began as a 2004 concept car designed by Roberto Giolito of Centro Stile Fiat, and was later developed for production under the direction of Stephenson.

With a $26,910 MSRP, buy-in almost amounts to a rounding error. But the best part of the Abarth experience is driving it. Occupants sit high enough to command a view almost on par with a crossover, and there are few blind spots to impede vision. Seats are “good enough,” meaning driver and passenger won’t confuse them for Maserati chairs, but they provide ample support to go the distance. The stick shifter, in the fashion typical of early Alfas, is positioned quite high on the center console and feels rubbery, lacking the precise “snick-snick” that makes the best manual gearboxes the only way to fly. A Koni suspension firms up the ride and handling, while 17-inch, 12-spoke wheels add a sporting edge and fill out the wheel wells nicely, planting 205/70 aspect rubber on all four corners.

To say the Abarth is nimble is an understatement; the Abarth can squirt in and out of places with the reckless agility of a cockroach. It won’t keep up with a Carrera in the canyons, but its driver will have an awful lot of fun trying. Like some small dogs that think they’re larger breeds (Barney, my first dachshund, comes to mind), the Abarth announces itself with a ferocious bark from its twin exhaust, startling on startup and growling an angry melody up and down the rev range. Push the dash-mounted “Sport” button and things get a little angrier still. Thankfully, there is no “Race” mode to tempt stand-offs with mastiffs of the automotive world.

Like a parent urging a recalcitrant youngster to eat vegetables, Fiat gets five stars for attempting to show Stateside drivers the merits of the tiny upstart. And although legions of SUV pilots say “no dice” to the Fiat 500 Abarth, it remains a classic in its own right, and an incredibly satisfying car to drive.