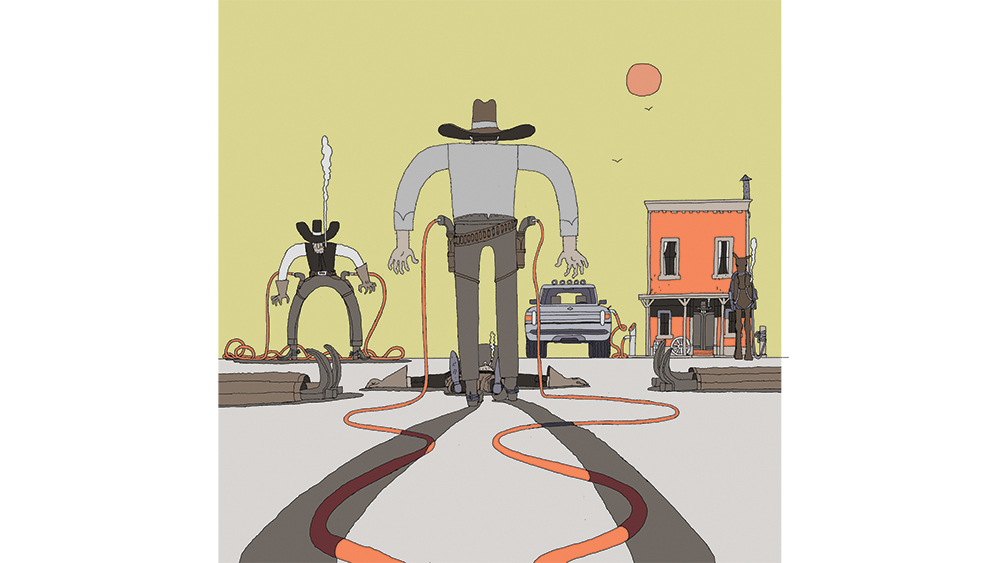 As an automotive journalist of a certain vintage, I get approached from time to time for the occasional special project. A few years ago, I worked with a private-equity house that was considering investing in small British sports-car makers. As part of our research, we identified 22 new or revived brands that had launched over the previous 15 years, such as Invicta and Austin-Healey. Of those 22 start-ups, just one had survived: Ariel, which is still making its extreme, exoskeletal two-seaters to great acclaim but in tiny numbers.

Designing a new car is the easy bit; building it to scale with doors that thunk nicely is really hard. Ariel has endured by not bothering with either scale or doors—nor a windshield (unless ordered), roof nor pretty much any of the “comforts” of a conventional car. But a company building vehicles this way—simple to bolt together but with very limited appeal—is never going to make much money or announce an IPO. The other 21 start-ups, which mostly attempted to make normal sports cars, found it took longer and cost more than they hoped or could bear. It always does. The private-equity guys spent their cash elsewhere.

Until recently, the auto industry was better known for the demise of venerable old brands, such as Saab and Pontiac and Oldsmobile, than for the addition of new ones. Yet optimism and opportunism have always triumphed over the lessons of history, and I’ve often found myself reporting on yet another sports, luxury or EV start-up. I’ve taken them all seriously but not held my breath for their success.

But things are changing. There are arguably more credible start-up carmakers now—at least 20—than at any time since the earliest Wild West years of motoring in the 1900s and 1910s, when free thinking and divergence of design ruled the day. New premium brands such as Rivian, Lucid and Fisker aim to establish themselves as volume automakers while a raft of small-production, electric-hypercar start-ups such as Rimac, Drako and Piech are developing pure EVs with extreme performance to appeal to a younger clientele, often previously uninterested in fossil power.

The reasons for this sudden flourish are twofold (and kinda obvious): Tesla and electrification. Some will tell you that electric cars are easier to engineer than those with combustion engines, opening the door to novel entrants, but that’s not necessarily the case. Yes, fewer moving parts sit under the hood, but making the system function efficiently and striking the right balance between power, weight and range are truly challenging. That’s why brands such as Tesla and Rimac, which have been working hardest and longest on their own proprietary propulsion tech, still have a decisive lead in many areas over the mainstream carmakers, for all their R&D billions.

And sure, as a start-up you can just buy an electric drivetrain or even a complete rolling chassis from a supplier, which you can then clothe in a body of your own design. But carmakers have always been able to do that, sourcing engines from Mercedes, say, as Pagani and Aston Martin do.

Instead, the opportunity comes from the disruption being wreaked on the auto industry by electrification. It feels like the Wild West again, with a land grab to claim a spot in the EV territory. Mainstream carmakers have been slow to bring their own electric examples to market and haven’t always fully exploited the opportunities offered by EVs when they do. Customers are more open-minded, and we’re prepared to break old buying habits alongside our addiction to gas. And the huge capital needed to start mass-manufacturing cars is flowing relatively cheaply and easily from SPACs, deep-pocketed funds and individuals who want to be in on the ground floor of the next Tesla. The process is still costing more and taking longer than planned, but now you’re more likely to find the cash to cover it.

But while upstarts can make EVs, should we be buying them? As a consumer, you don’t want to be stuck with an automotive orphan whose parent company has died and taken with it the parts and ability to have your vehicle serviced in the future. You want your new car from a new maker to be the start of a fresh chapter in the history of motoring, not a footnote. But how do you spot the likely winners, either as a buyer or an investor?

It’s tough. We once thought up-and-comer premium brands needed to offer quality and a customer experience to match that of Porsche or Mercedes, which any start-up would struggle to do from the outset. But Tesla appears to be disproving that. Its riotous success is seemingly unaffected by its well-publicized quality woes. And I recently collected a Tesla from one of its delivery centers in the UK: a cheap white tent erected in a vast, otherwise deserted parking lot and heated (ironically) by a noisy diesel generator. It had all the comfort and glamour of a battlefield dressing station, but the paying customers around me didn’t seem to care. They just wanted their wheels.

That the vehicles themselves are so appealing and distinctive means we’re more apt to overlook these shortcomings. Stand- out design and a killer set of numbers are more important than the quality of the coffee in the showroom. It was easier for Tesla to gain an advantage here when the mainstream manufacturers hadn’t really woken up to EVs. Rivian is likely to have those advantages over most of its truck rivals, at least for a while, but in passenger cars it’s going to be harder for Tesla to maintain its lead—or for the newcomers to build one—as the legacy carmakers raise their EV game and everyone levels up. The new entrants will need to keep thinking and designing like start-ups, even when they no longer are.

But it’s the EV start-ups that excite me the most. They have the chance to change everything: the shape of the car industry, the markets and the rate at which we shift to electric propulsion and cut our emissions. If I conduct my survey of the current crop of start-ups again in 15 years’ time, when the disruption has eased and a little peace has come to this automotive Wild West, I think I’ll find more than one still standing.

Ben Oliver is an award-winning automotive journalist who writes from the UK.