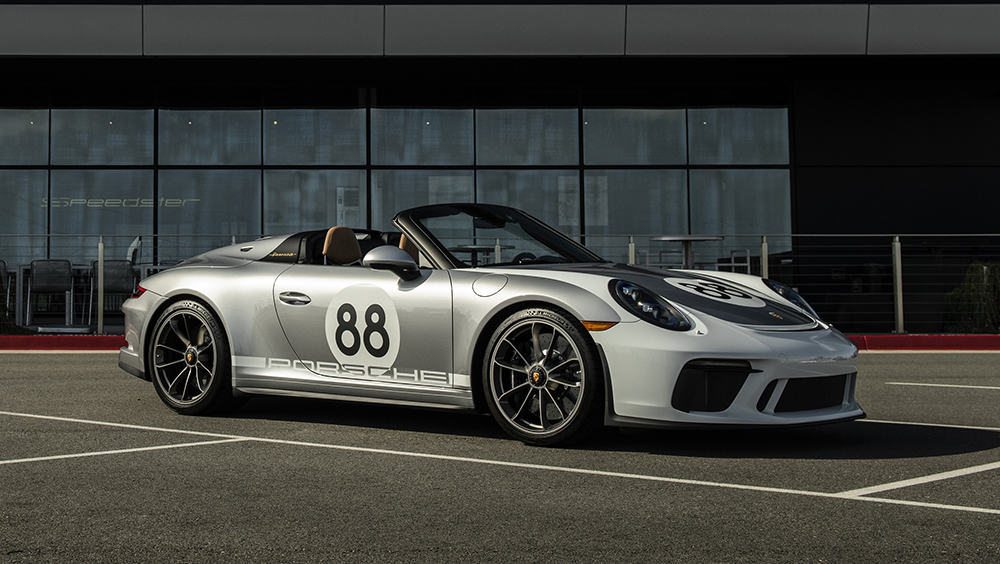 The final 991-generation Porsche 911 is set to go up for auction later this week. But the winning bidder won’t just end up with a historically significant sports car; they’ll be making a much-needed contribution to coronavirus relief efforts.

Starting on Wednesday, deep-pocketed auto enthusiasts will get the chance on bid on the last of the 233,540 seventh-generation 911s that German automaker produced in an online-only auction being held by RM Sotheby’s. And in addition to the gorgeous Speedster edition of the iconic Porsche, the winner will also receive an exclusive gift package that includes a tour of the marque’s design facility and a bespoke Porsche Design watch.

The Speedster was Porsche’s official goodbye to the 991-generation 911. Built on the GT3 chassis, the wingless convertible utilizes the Carrera 4 Cabriolet shell. This particular example is finished in the brand’s GT Silver Metallic and features the racing-inspired Heritage Design trim package and a Cognac-colored leather interior. Intended as a celebration of the marque’s 70th anniversary, just 1,948 Speedsters were built in 2019, the 993 generation’s last year of production.

While the most striking aspect of the car may be its sporty aesthetic, it’s also a high-performance beast. The car is powered by a brutish 4.0-liter flat-six mated to a six-speed automatic that produces 502 horses and 346 lb-ft of twist. Thanks to that impressive powertrain, the Speedster can reach 60 in just 3.2 seconds and has a top speed of 192 mph. With numbers like that, it’s clear the Speedster was intended to be more than just a museum piece.

Additionally, this car comes with a once-in-lifetime invitation to visit Porsche’s Weissach development headquarters in Germany for a behind-the-scenes tour. The bespoke 911 Speedster Heritage Design chronograph is no mere throw-in, either. And, if that weren’t enough, you’ll also get a  book that documents the entire production process of the final 991-generation 911.

RM Sotheby’s hasn’t announced an estimate for the final 991-generation 911, but has valued the entire package at over $320,000. Whatever the final price, the proceeds will be donated to United Way Worldwide’s coronavirus Community Response and Recovery Fund. Bidding will open on Wednesday, April 15, at 11 am Eastern time and closes on Wednesday, April 22, at 1 pm. If you want this Speedster for yourself and would like to do something good in the process, register to bid now on the auction house’ website.