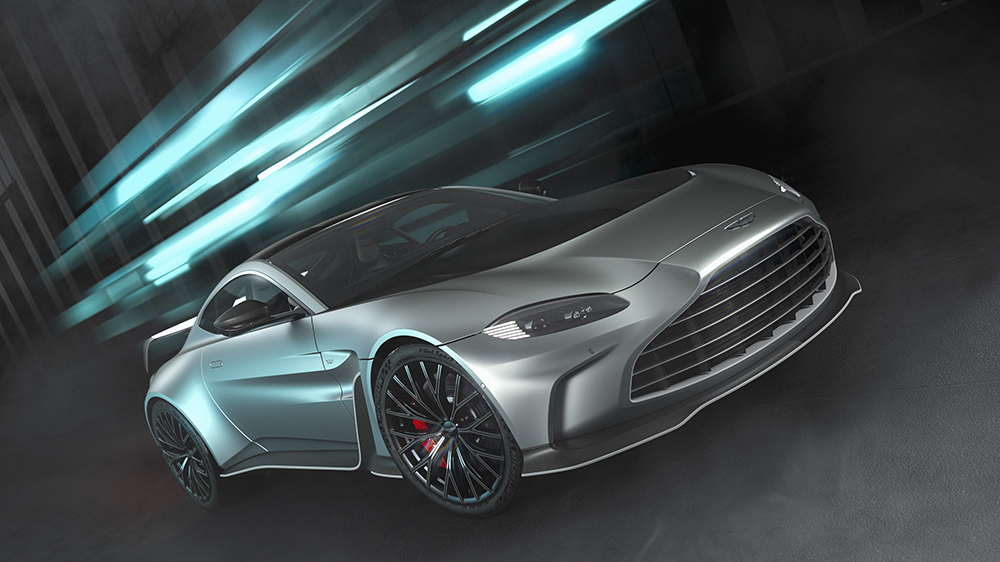 Aston Martin is giving the V12 Vantage a goodbye to remember.

The British marque unveiled the final version of its exclusive range-topping sports car on Wednesday. And, just as the automaker has teased for months now, it confirmed that the last iteration of the gas-fueled grand tourer will also be the most powerful.

Any discussion about the final V12 Vantage can only begin one place: the engine bay. It’s there that you’ll find the car’s namesake twin-turbo 5.2-liter V-12, similar to that found in the DBS Superlegerra. There will be purists dismayed to learn that there’s an eight-speed automatic transmission that sends power to the rear axle and not a manual, but the fact that the mill pumps out a very impressive 690 horses and 555 ft lbs of twist should help ease their angst (It’s not as powerful as the DBS Superlegerra, but it’s close). The gearbox has been specially calibrated to “enhance shift speeds and driver interaction,” though. The performance figures are pretty gaudy too. Aston Martin says the car can go from zero to 60 mph in 3.4 seconds and has a top speed of 200 mph. There have been suggestions this might be the last Aston Martin powered by a V-12. If so, what a sendoff.

Changes aren’t limited to a bigger and more powerful engine, though. The car’s track is 40 mm wider than before and it’s been outfitted with new anti-roll bars, new bushings and stiffer springs, according to Road & Track. These modifications allow for sharper handling, something which is also aided by a noticeable drop in weight. Thanks to a whole lot of carbon fiber, a lighter battery and a new center-mounted exhaust system, the sports car now tips the scale at 3,957 pounds. That gives it a power-to-weight ratio of 385 hp per metric ton, which is 20 percent better than that of the V8 Vantage.

The car’s wider track means that the V12 Vantage’s body has been thoroughly reworked too. The front bumper, fenders and hood are all now made from carbon fiber, while the rear decklid and bumper are made from a composite material, according to the brand. It also sports a more dramatic aerodynamic package—including a new front splitter, rear wing and diffuser—that can produce up to 450 pounds of downforce at top speeds. Finally, the car rides on your choice of standard or lightweight satin black 21-inch wheels which come wrapped in Michelin Pilot 4S tires.

The interior, meanwhile, doesn’t look markedly different. You’ll be able to choose between leather sport seats or lightweight bucket seats, if you’re looking to shed even more pounds. The marque’s bespoke division, Q by Aston Martin, can also be called on to produce a truly one-of-a-kind cabin, as well.

Aston Martin hasn’t announced a price yet, though there have been reports it will cost $300,000. That won’t really matter, though, as each of the 333 V12 Vantages that will be built has already been spoken for. It is most definitely a car plenty of people will keep an eye out for on the auction circuit and secondary market, though.

Check out more photos of the final V12 Vantage below: