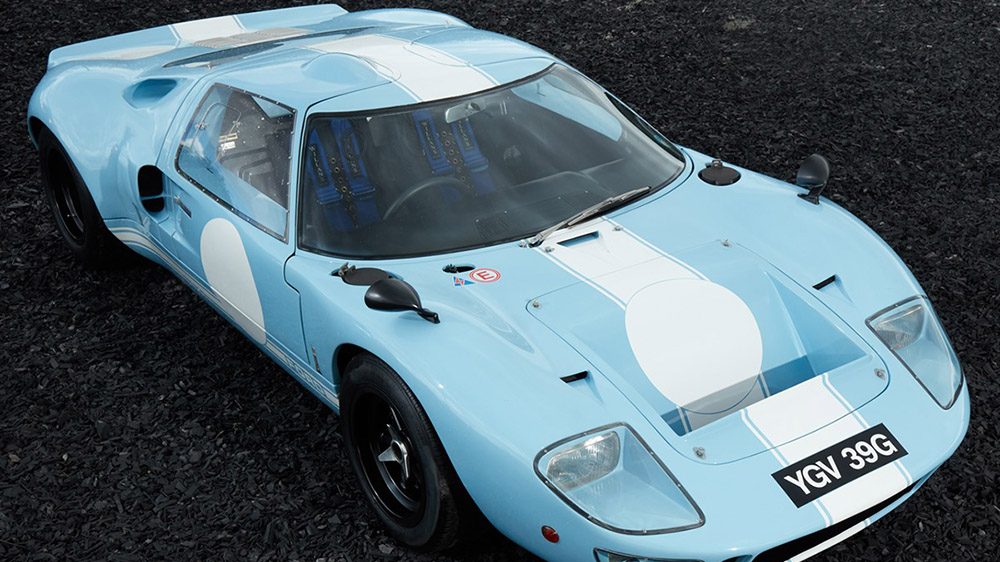 When it comes to historically important automobiles, there’s no example collectors lust after more than the first. But the last is almost as important, which is why it’s so noteworthy that the final Ford GT40 is going up for bid.

The last of the 105 examples of the iconic racer that Ford built in 1969 is the headline lot for Gooding & Company’s upcoming Geared Online sale. Done up in baby blue with a striking racing-style livery, it’s hard to imagine a more appealing car hitting the auction market anytime soon.

You’ve probably heard a lot about the GT40 in recent year—and with good reason. It’s one of the most important American-designed vehicles of all time. Built between 1964 to 1969, the race car was developed with one goal in mind: to beat Ferrari, the unquestioned king of endurance racing at the time. Although it would take some trial and error, the second version of the vehicle, the MKII, would accomplish this feat when it swept the podium at Daytona, Sebring and Le Mans in 1966. The Detroit marque’s quest to beat the Prancing Horse, and its eventual triumph, were the basis for the 2019 film, Ford v. Ferrari.

The example that will hit the auction block, Chassis P/1085, has been verified by experts and historians as the last factory-built GT40.  It was originally delivered to Sir Malcolm Guthrie in the UK, but was soon put in storage, where it would remain until the late aughts. Since then it’s been the recipient of a loving restoration. The car is now finished in a head-turning 1968 JWA “Gulf Spec” livery, powered by a Gurney Westlake V-8. It rides on 10- and 14-inch wheels, just like the GT40s that were victorious at Le Mans in 1968 and 1969. Not only does this mean it looks great, but it’s also eligible for historic racing competitions.

Online bidding for the last GT40 will be open from June 11 to 18. Gooding & Company doesn’t list an estimate for the car, but it’s been suggested it could sell for more than $2.5 million. That’s steep, but considering the importance of this example, and the fact that you can take it out on the track, it’s only to be expected.