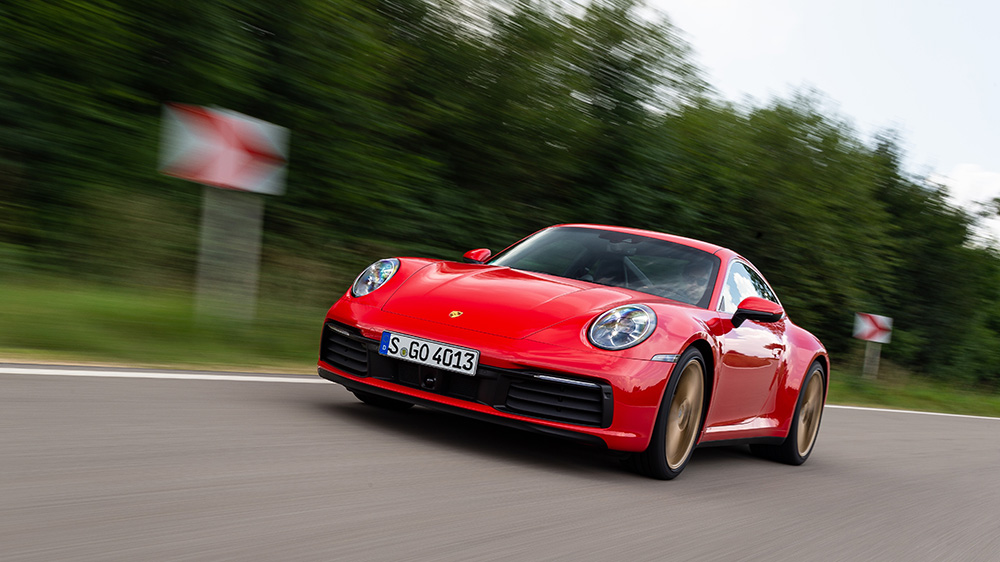 Here is some good news for the purists out there who believe that a sports car only counts if it features manual transmission. Porsche appears to agree and will now offer stick-shift as an option on the 992-generation 911 Carrera.

The German automaker has announced that all 2020 911 Carrera S and 911 Carrera 4S coupe and cabriolet models will be available with a seven-speed manual transmission, according to a press release. Customers will be able to select the option as an alternative to an eight-speed double clutch automatic transmission, or as the brand calls it, a Porsche Doppelkupplung (PDK) manual.

But the most exciting thing about the announcement is that it won’t cost you anything extra to go manual. In fact, you’ll even save some money, as the Sport Chrono package that comes standard normally costs $2720, according to Car and Driver. Choosing the manual transmission option also lowers the car’s overall weight by 84 pounds.

C&D points out that it appears that the manual transmission’s performance is marginally worse than the PDK-equipped 911 Carrera. The seven-speed goes from 0-to-60 mph in around four seconds, according to Porsche, as opposed to three seconds it takes the PDK.

Porsche’s announcement comes as more brands phase out manual transmissions as an option, even for their high-performance sports cars. But the news shows that the storied manufacturer understands that, for many drivers, shifting through the gears themselves is part of the fun.

For now, at least, Porsche isn’t entirely alone. In July, BMW revealed that the upcoming M3 and M4 would include a manual transmission as an option. In an interview discussing decision, M-line CEO Markus Flasch said that while a manual can’t match the performance of an automatic, it “gives the vehicle character.” We can’t argue.