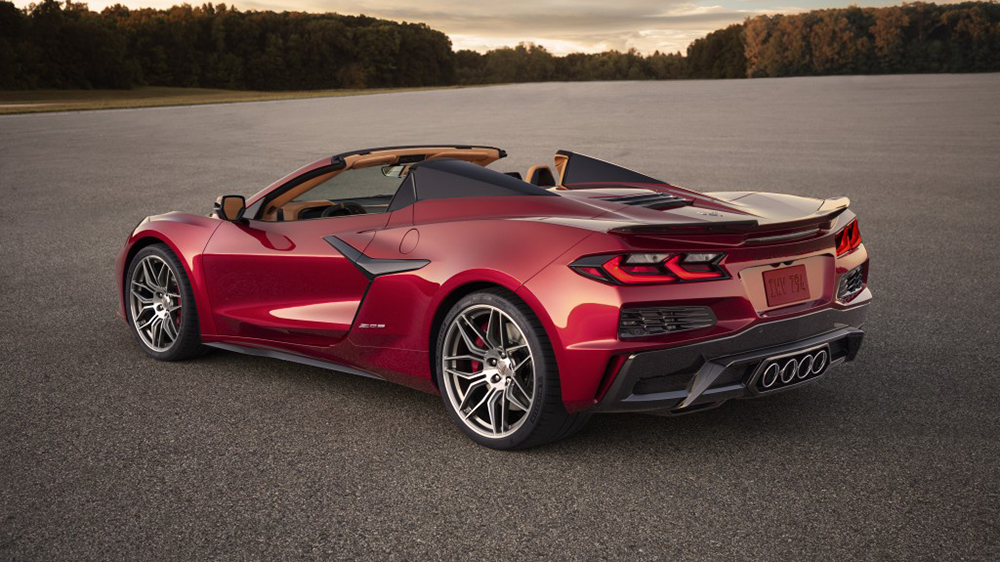 Another historic Corvette is about to hit the block.

Barrett-Jackson will auction off the first 2023 Chevrolet Corvette Z06 convertible next week as part of its annual Palm Beach sales event. The winner won’t just walk away with one of the most anticipated vehicles of the upcoming model year, though; their purchase will also help a good cause.

The C8 Z06 is a high-performance vehicle through and through. Because of that it features a retractable hard-top roof that helps ensure performance never dips whether you’re driving with it up or down. Powering the car is a naturally aspirated 5.5-liter V-8 that spits out a hair-raising 670 hp. The brutish mill features a flat-plane crank, so you won’t just feel that power, you and everyone in the vicinity will hear it too.

Don’t worry about whether or not you’ll like the color of the mid-engine speed machine. Barrett-Jackson says the winning bidder will get to customize it to their exact specifications. Not only will you get the first Z06 convertible, you’ll also get the Z06 of their dreams. You can also choose to take delivery of the convertible at the Corvette Museum in Bowling Green, Kentucky. Not a bad, right?

Proceeds from auction will benefit the Thurgood Marshall College Fund. The full hammer price will be donated to the non-profit, which is named for the US’s first African-American Supreme Court Justice and has supported nearly 300,000 students attending historically Black colleges and universities, medical school and law school since its founding in 1987.

If you’re already dreaming of seeing the first Z06 convertible in your garage, make sure you’re in Palm Beach on Saturday, April 9, when the car is scheduled to go up for bid. Expect to drop some serious dough, though. At the very least be prepared to spend more than the car’s expected $90,000 starting price. The first Z06 coupé sold for a jaw-dropping $3.6 million at Barrett Jackson’s Scottsdale auction this past January.