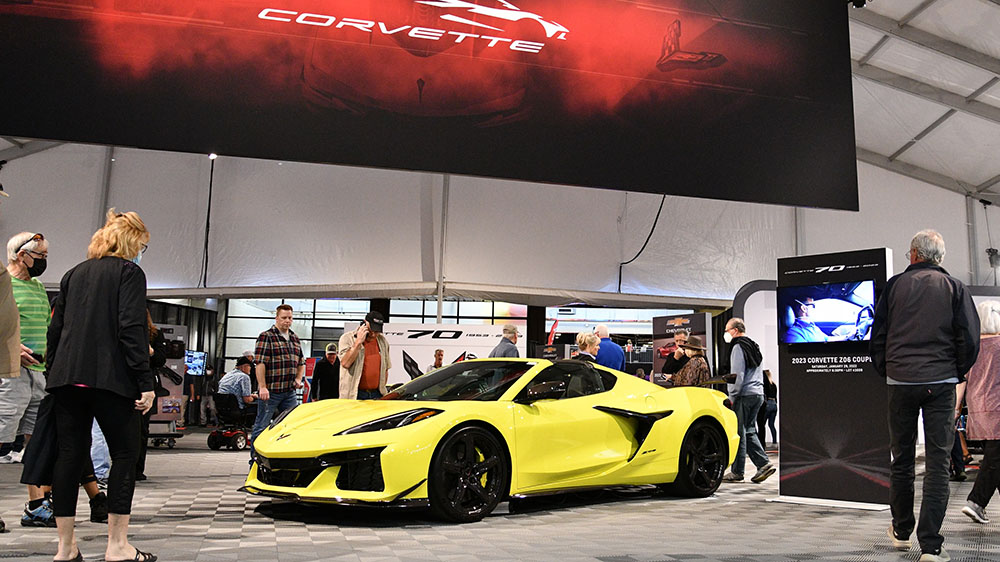 People might be even more excited about the new Chevrolet Corvette Z06 than we thought.

The first example of the C8’s upcoming high-performance variant sold for a jaw-dropping $3.6 million at Barrett-Jackson’s Scottsdale auction event this past Saturday, according to a press release. All proceeds from the sale of the vehicle, which was donated by the Detroit automaker, will go to Operation Homefront.

The 2023 Z06 is one of the most intriguing sports cars on the horizon because of a number of racing-style upgrades, including a 5.5-liter flat-plane crank V-8 that spits out 670 hp. That said, we’re guessing the winning bidder, NASCAR team owner Rick Hendrick, was just as motivated by the chance to help out. This isn’t the first C8 auction he’s won, either. Hendrick also bought the first C8 Stingray for $3 million back in 2020, with the proceeds from that auction going to the Detroit Children’s Fund.

All of the money from the latest auction is headed to Operation Homefront. Established in 2002, the non-profit seeks to provide support for military and veteran families in all 50 states. The group provides short-term financial assistance and helps families find transitional and permanent housing.

“The proceeds from the sale of this sensational Corvette Z06 will go a long way to helping us help our military families overcome their financial hardships and have the opportunity to thrive in the communities— our communities—they’ve worked so hard to protect,” Brig. Gen. (retired) John I. Pray Jr., president and CEO of Operation Homefront, said in a statement.

Saturday’s sale set a new charity auction record for Barrett-Jackson. ‘Vette lovers can expect to get their hands on the new Z06 for a lot less than Hendrick paid at the event. Chevy has announced that the variant will start at $90,000, and has even warned dealers against charging exorbitant markups for the coveted sports car.

Now, let’s just hope that production of the latest C8, which has been hampered by delays and other issues, can keep up with demand.