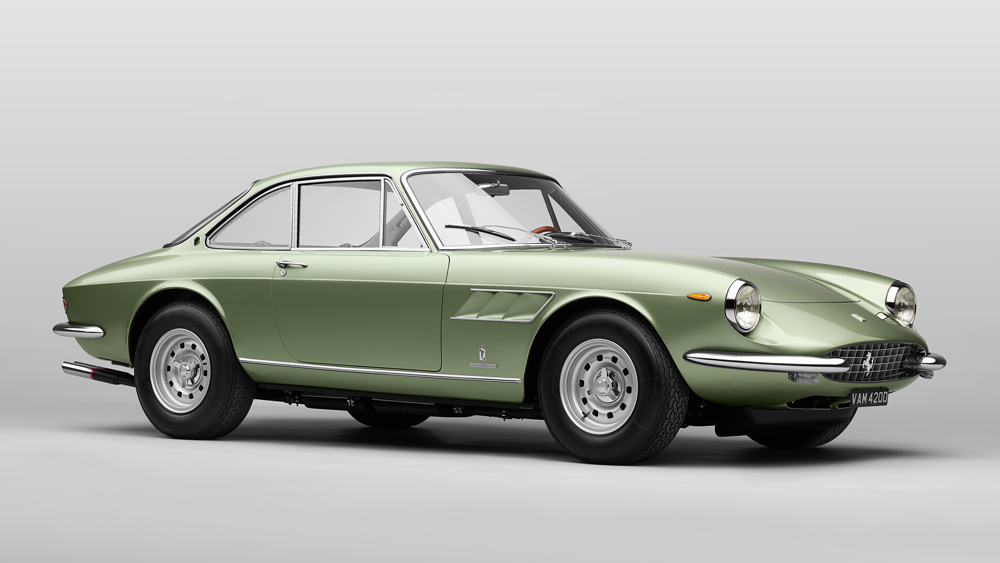 There is something uniquely special about 1960s-era Ferraris. Actually, make that many things: their balance of beauty and brawn, a shared DNA with the Scuderia race cars, their rarity and exclusivity, the majestic Colombo V-12 engine and, of course, the mythology and romance that seems to swirl around them.

Every one of these vehicles is a blue-chip investment and a blue-blooded classic car. Yet even within such a rarified realm there is still a hierarchy. The 250 models—such as the GT Berlinetta SWB, California Spyder and Lusso—are most highly prized, while the later 330 series is comparatively overlooked. Gazing at this stunning 330 GTC, restored to concours-winning condition by Bell Sport & Classic, I’m at a loss to understand why.

Several years ago, when this example was discovered in Caracas, Venezuela, it looked very different: more old nag than Prancing Horse. The “before and after” photos are worthy of any TV makeover show. Before we tell its story, though—and get behind the wheel—let’s briefly look at the 330 series in general, and how these models fit into Ferrari’s pantheon.

As per Ferrari tradition, the “330” name denotes the displacement of each cylinder in cubic centimeters. This larger, 4.0-liter version of Gioacchino Colombo’s V-12 debuted in the 330 America of 1963, which was swiftly replaced by the 330 GT 2+2 a year later. Enzo Ferrari, who rarely showed interest in his company’s road cars, actually drove one to work, perhaps valuing its refinement after long days at the racetrack.

The 330 GTC was launched in 1966, losing the tiny rear seats and rather ugly quad headlamps of its 2+2 sibling. In fact, it was more closely related to the 275 GTB, sharing the same wheelbase and independent rear suspension. Its output of 300 hp peaked at 7,000 rpm, reaching the rear tires via a five-speed transaxle and ZF limited-slip differential. As for its rate of acceleration, it covered zero to 60 mph in around 6.5 seconds (according to road tests), while Ferrari quoted a top speed of 150 mph.

Some 600 examples of the 330 GTC coupe, plus 100 GTS roadsters, were built during the short period before the 365 series arrived in 1968. Today, an immaculate 330 GTC might be worth $750,000—far less than what you’d pay for an equivalent 250 GT Lusso or a 275 GTB. However, the meticulous restoration of this particular car was a labor of love, rather than a project for financial gain, and it will be driven regularly. Quite right, too.

Back to Venezuela, and the Ferrari being in a sorry state. First sold into Switzerland in 1966, it had somehow ended up on the other side of the world, resprayed in a flat and faded blue, and presenting tarnished chrome, drooping door hinges and a huge dent on the rear fender. Its magnesium wheels were badly curbed and its V-12 was seized. On the plus side, every panel and piece of trim was still original.

After a long voyage inside a shipping container, the car arrived in the UK and into the care of Elliot East at Bell Sport & Classic. East is well acquainted with the 330 model, having restored the fabulous 330 LMB recreation I drove last summer. This time, his target was a class win at the prestigious Salon Privé Concours d’Elégance, themed this year around Ferrari’s 75th anniversary, and the car achieved this goal at the September event. But it took three years of painstaking research and meticulous work to get there.

Keeping the 330 GTC as original as possible was key to concours success. Components such as the suspension arms and shock absorbers were stripped down and refurbished, rather than simply replaced, while the car’s body was blasted with crushed walnut shells to remove any blemishes. “Sandblasting can put heat into the steel and cause it to distort,” explains East. “Walnut-blasting is always best for potentially more fragile areas.”

Bell Sport & Classic also obtained a copy of the factory build sheet, which showed the Ferrari had left Maranello in Verde Chiaro Metallizzato: a light metallic green. Its steel shell and aluminum panels were duly resprayed, while the interior was retrimmed in sumptuous tan leather. East even sourced a period Becker Europa radio, a Ferrari dealer-fit option in the 1960s, now modified to offer Bluetooth connectivity.

Seen in the metal, the 330 GTC is a thing of sublime beauty. Designed by Aldo Bravarone at Pininfarina, it fuses the delicate nose of the 500 Superfast with the tapering tail of the 275 GTS. Its elegant, understated lines are less muscular or overtly sporting than a 275 GTB, and not unlike a hand-tailored Italian suit. This delicate original color suits it better than Rosso Corsa ever could.

The Ferrari is just as exquisite inside, with an airy, thin-pillared glasshouse, a wood-rimmed Nardi steering wheel and the traditional open-gate manual transmission. Its dashboard is covered in rich American Walnut veneer, with the Pininfarina logo cast into the (huge) ashtray. I clip together the classic, aircraft-style Irvin seat belt and twist the key.

Driving a concours-standard classic Ferrari is a balancing act. On the one hand, I’m acutely conscious that East and his team have dedicated thousands of hours to restoring it. On the other, I know these cars need firm and decisive inputs to really make progress. Slow steering, a hefty clutch and an awkward dog-leg first gear (left and down, opposite reverse) make the 330 GTC feel unhelpful and rather intimidating at first.

Build up speed, though, and everything starts to coalesce. The worm-and-roller steering isn’t especially accurate, but it fizzes with constant feedback. Changing gear is less of a workout once the oil has warmed through, too. While modern supercars feel ruthlessly tied-down, bending the road to their will, this classic Ferrari is entirely different. It’s softer and much shorter on grip, but light on its feet and deftly poised, thanks to 50/50 weight distribution. The result is a rewarding and very reciprocative sense of flow.

With speed also comes the soaring mechanical crescendo of that V-12. In 4.0-liter guise, it sounds smoother and slightly less feral than the 3.0-liter 250 engine, but it can still transform a suave GT into an immersive road racer. Throttle response is immediate, the low-slung exhausts rasping angrily every time you lift. Suddenly, racing cars like the 330 LMB seem like very close relatives indeed.

This 330 GTC is a tribute to the skills of Bell Sport & Classic and, for me, a reminder of how the less exalted Ferraris of the 1950s and 1960s can be just as alluring as their more revered siblings. Elliot East’s next project is a “short nose” 275 GTB, but don’t expect to see it very soon. Restoring something to this level of excellence takes quite a bit of time. 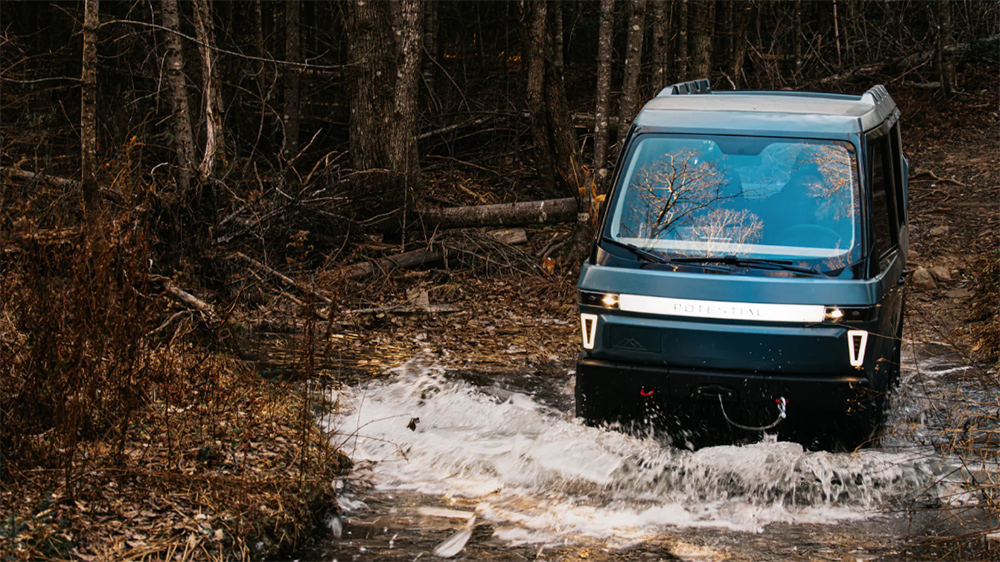