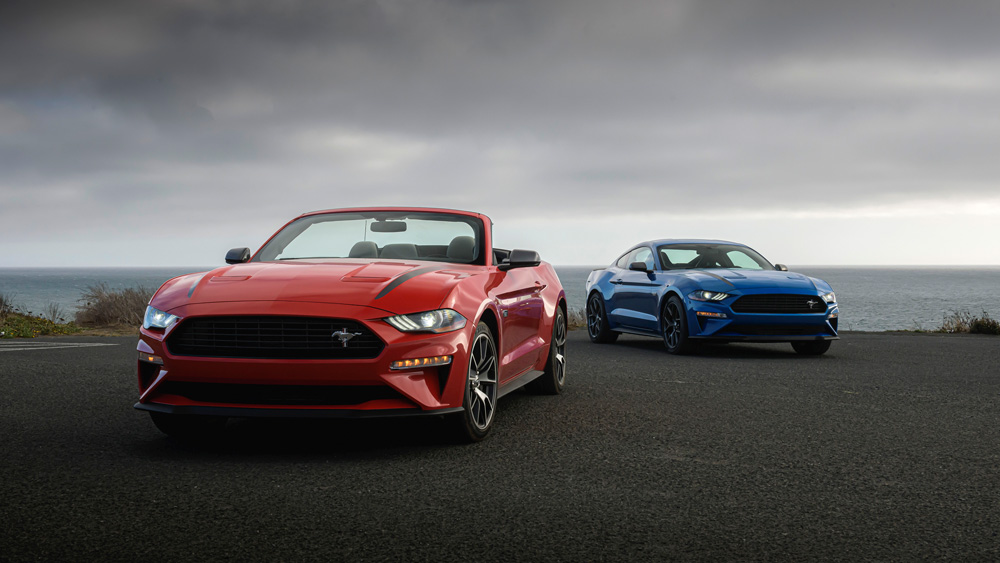 If you’re not really a Ford Mustang kind of driver, there’s a totally different kind of sports car for you to consider. It’s called a Ford Mustang.

Admittedly, at first glance, the lime-green Mustang greeting me in front of the Cavallo Point resort in Sausalito, Calif., doesn’t seem like a pony car of a different breed. But not five minutes into a drive in the nearby Marin Headlands, it became apparent that this version of the venerable American classic should be accorded serious consideration among even the most hardcore of European sports car enthusiasts.

Officially known as the 2020 Ford Mustang 2.3L High Performance Package edition, the car offers up a host of driver-focused delights at an entry-level price point—around $33,000, or less than half of what a Ford Shelby GT 500 will cost you.

The heartbeat of this vehicle will be familiar to rally and autocross fans as it is derived from the Ford Performance Focus RS. What started as a passion project limited to a simple engine swap turned into a much more fine-tuned affair. This new HPE edition features a revamped 2.3-liter EcoBoost number from which Ford engineers have managed to extract 332 hp and 350 ft lbs of torque. These numbers were achieved in part by using a die-cast alloy block and a high-performance cylinder head, as well as a larger turbo compressor and radiator. Ford says this HPE allows the ability to hit 60 mph in the mid-four-seconds range and a top speed of 154 mph. When compared to the standard 2.3-liter EcoBoost engine, this variant is designed to deliver 90 percent of peak torque between 2,500 and 5,300 rpm.

Chassis and aerodynamic upgrades are due to the Mustang GT’s Performance Package.  Photo: Courtesy of Ford Motor Company.

All that technical jargon translates to huge grins out on the road. Our test car was equipped with a six-speed manual transmission (a 10-speed automatic also is available) that transformed my image of what driving a Mustang is all about. Rowing through the gears yourself means keeping close control over the power band.

On our drive, the Mustang eagerly slipped between second and third gears on the snaking Marin county roads, ensuring that power was constantly on tap. Helping lock down this Mustang’s road manners are chassis and aerodynamic upgrades courtesy of the Mustang GT’s Performance Package. That includes an alloy strut tower brace laid across the engine bay, sway bars front and rear and boosted stopping power thanks to larger calipers.

The simple truth is that driving a 2020 Mustang 2.3L High Performance Package with the six-speed manual conjures up rally-car adventures that are a far cry from this model’s muscle car roots. The get up and go is there, to be sure, but so is a level of agility and surefootedness that recalls even a few mid-engined German road rockets, at undoubtedly a fraction of the price. For anyone who has never contemplated a Mustang before, your horse of a different color may have just pulled up.