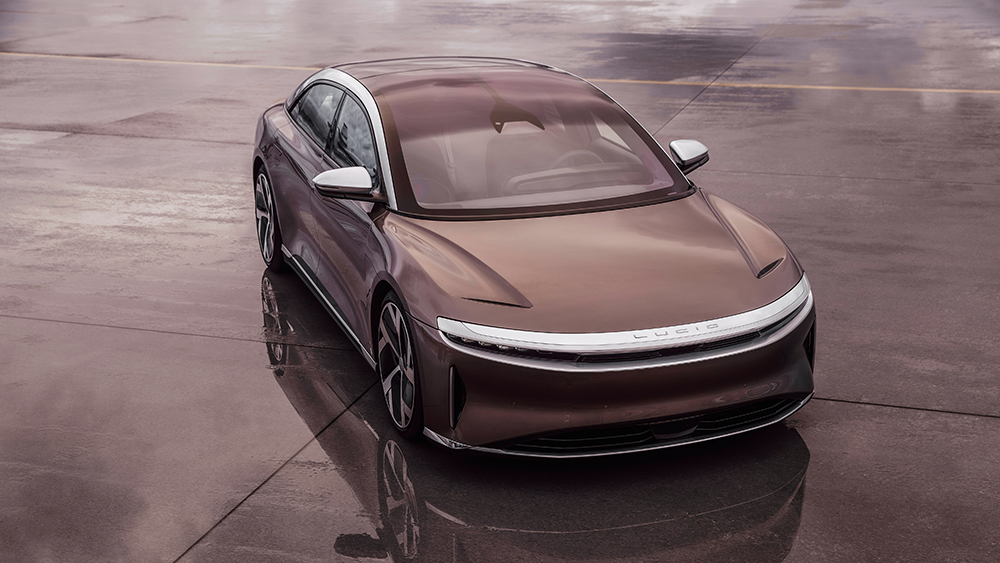 In positioning itself as the great Tesla disrupter, Lucid Motors made performance claims for its debut-model Air that seemed destined for the vaporware ether. But now that deliveries have begun on the Lucid Air Dream Edition, and after testing some of these claims from behind the wheel, we’re delighted (and somewhat gobsmacked) to report that the Lucid Air is very real indeed.

The first thing that will strike you about the vehicle, assuming you’re unfamiliar with the limited-edition four-door’s spec sheet and its 1,111 hp figure, is the exterior design. Its proportions are imposing yet impressively balanced, a benefit of its clean-sheet architecture being divorced from the ubiquitous front-engine, four-box-sedan setup that’s defined the automotive landscape for almost a century. In Eureka Gold paint that was the equal in depth and finish to the best from camps such as Audi and Mercedes, the vehicle glittered in LA’s cool winter light like a sleek marine mammal. In fact, the Air Dream Edition shares the title of the world’s most slippery production car, equal to the Mercedes-Benz EQS with a mere .20 coefficient of drag.

Lucid fits a potent yet compact electric motor to both axles and powers each with a 118 kwh battery system that represents the brand’s segment-leading technological expertise, gained through building battery packs for the Formula E motorsport series, with roughly triple the power density delivered by Tesla. Hammer the throttle from a standstill and the 5,203-pound machine slingshots to 60 mph in 2.42 seconds on its way to a max speed of 168 mph.

The Air can rush from zero to 60 mph in less than 2.5 seconds.  Photo: Courtesy of Lucid Motors.

Dial it up from Smooth mode to Swift or Sprint and power shifts toward the rear axle as the Bilstein dampers stiffen to create a sportier drive. The Air responds aptly to steering inputs, but it’s more of a straight-line sprinter than canyon carver—handling is good but not great. Yet cruising is a joy in the large, minimalist cabin, which boasts the capacity of many full-size cars despite its midsize footprint; the vast greenhouse, topped by a glass-canopy roof that arcs down to the windshield, bathes occupants in natural light. Onboard amenities in the fully optioned, $169,000 Air Dream Edition include a crisp 21-speaker sound system and a curved, 34-inch 5K display, while the material choices for the model line—nappa leather or synthetic PurLuxe, alpaca wool, recycled yarns, sustainably sourced eucalyptus and open-pore walnut—offer elegant simplicity in a soothing palette.

Peace of mind is yet another available luxury thanks to the Dream Edition’s 520-mile range, as well as the ability to replenish 300 miles in just 20 minutes using DC fast charging. Considering the Tesla Model S Plaid’s 396-mile range, it’s further proof that Lucid is zooming to the front of the luxury-EV pack.