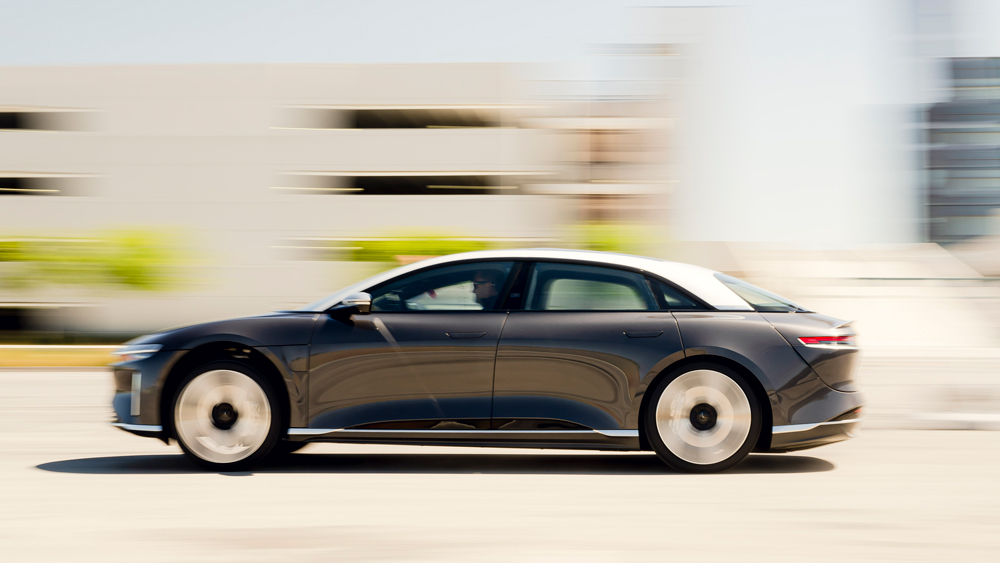 Fresh from learning of its record-breaking run at the 2022 Goodwood Festival of Speed, we got a chance to drive the Lucid Air Grand Touring Performance (GTP) sedan near the EV automaker’s base in Northern California’s Silicon Valley. Positioned just below Lucid’s sold-out 1,111 hp Air Dream Edition, the Air GTP is powered by two electric motors that make a combined 1,050 hp and 921 ft lbs of torque. That output allows the all-electric four-door to sprint from zero to 60 mph in 2.6 seconds and reach the quarter-mile metric in 10.1 seconds.

While those numbers are shy of the Tesla Model S Plaid’s official specs of zero to 60 mph in 1.99 seconds and a quarter-mile time of 9.23 seconds, the Air GTP achieves an EPA-estimated range of 446 miles on a single charge. That’s a mark in the win column over Plaid’s 396-mile range. And this after Tesla announced last month it was pulling the plug on its Plaid+ model, which would have purportedly offered a range of 520 miles. But Lucid offers the latter range now in its 819 hp Air Grand Touring model.

On a recent sunny day, we put the GTP’s launch control to the test with the help of racing driver Ben Collins—best known as “the Stig” on the erstwhile BBC series Top Gear. Collins, who first saw the Air on display in New York, was so impressed that he asked Lucid execs if he could help fly the proverbial company flag. Later, at this year’s Goodwood Festival of Speed, Collins was piloting the Air GTP when it became the fastest production car to race up the 1.16-mile hill climb with a time of 50.79 seconds.

“The power off the line was fairly unimaginable, unless you’ve played contact sports and can relate to impact,” Collins later wrote. “Handling-wise the brute proved to be sophisticated and agile.”

Back in California, it was one foot on the brake and one foot on the accelerator, simultaneously, with Collins coaching from the passenger seat. This move activates launch control, which cues a little bear icon (a nod to Lucid’s California roots) on the driver’s display. A quick release of the brake thrusts our GTP forward with face-scrunching, stomach-tickling velocity. Only a few shallow breaths—and one expletive—later, it’s time to hammer on the brakes, where the Air GTP slides to a stop in an impressive distance, considering its 5,250-pound curb weight. The acceleration test is over in a flash, but the feeling of one’s heart being firmly lodged in one’s mouth lingers for the rest of the morning.

On the road drive that follows, we experience some of the Bay Area’s iconic arteries to the coast. We keep a fast pace around the serpentine stretches, with the Air’s adaptive suspension handling the shifting loads with grace. The car is exceptionally quiet, and even with its 21-inch wheels, there is very little noise from either the road or tires. As with all Lucid Air model versions, the GTP has three drive modes, which adjust steering, braking and suspension response. Each mode also offers two levels of regenerative braking, although “high” is not as aggressive as some other models from competitors, such as the Polestar 2. We’d like to see Lucid add a third level of regen and the ability to switch quickly between them via paddle shifters, which Mercedes-Benz presents on its EQS and EQE models.

For the most part, the Air GTP shares the same design cues as other Air variants, save for the bigger wheels with a unique, chunky five-spoke design. The interior materials are beautiful and elegant, with a focus on natural fibers and woods in palettes that reflect various locales in California. A wide, digital display stretches out in front of the driver, while a dual-screen setup in the central stack includes a smaller screen above and a larger tablet set down near the center console.

While some new brands have opted to go all-digital with their controls, the Air offers manual buttons and knobs for certain functions such as climate control and seat adjustments, including air vents that you can actually move by hand. (Do you hear us, Rivian?). For the sake of consistency, we’d also like to see hard controls for mirror and steering-wheel adjustments.

Lucid has done a good job with the user interface, keeping most functions from being buried too far into endless menus, although the position of the lower tablet makes keeping eyes on the road difficult. And at some times of day, the bright trim around the display can give off substantial glare due to the car’s glass roof. The latter, although an impressive feat of design and engineering, can also make the cabin uncomfortably hot, causing the air conditioning to work overtime, which reduces range. The entry model, called Air Pure, is available with a metal roof, but we think this option should be available across the range.

A wide, digital display stretches out in front of the driver, while a dual-screen setup in the central stack includes a smaller screen above and a larger tablet near the center console.  Lucid Group, Inc.

Beyond their looks and the specs, cars from Lucid are also defined by in-house-developed innovations, from smaller and lighter drive units to more efficient battery packaging and cooling systems. Every Lucid retail space—lounge-like boutiques created with heavy input from Lucid’s design team—prominently displays examples of its motors, batteries, chassis and charging technology, along with those of some top competitors.

At the Lucid headquarters in Newark, Calif., Lucid chief engineer Eric Bach took us around each of these elements, particularly proud of the internal rotor differential integrated into the electric motor. By comparison, the less powerful drive unit on display, one used by two mass market competitors, looks gargantuan and subpar. In fact, Bach jokingly refers to it as the “Tower of No Power.” Smaller components, like those used in the Lucid, he says, not only reduce weight and increase range, but use fewer raw materials, which means less burden on the supply chain, from mining to delivery. When it comes to energy replenishment, Bach says that using the combo connector at DC fast charging stations will enable the Lucid Air to gain 200 miles of charge in 12 minutes and 415 miles in 37 minutes.

The interior presents a focus on natural fibers and woods in palettes that reflect various locales in California.  James Lipman, courtesy of Lucid Group, Inc.

In addition to the Air’s competitive technology, material quality and packaging, there seems to be little risk of the company’s even-tempered CEO (and former Tesla engineer) Peter Rawlinson flitting from one business interest to the next, or imploding markets with impetuous tweets. This, in theory, makes Lucid an attractive bet for consumers and investors alike.

Yet the marque isn’t immune from growing pains, as supply chain issues continue to beleaguer the industry and waiting times for some existing Air orders have increased beyond the two-to-five-month window, according to some customers. Lucid’s Gravity SUV, first teased in 2020 and earlier promised for 2023, has also been pushed back at least another year. If Lucid can step up its production and deliveries, and start turning out body styles beyond its flagship sedan, it could be a force to be reckoned with. 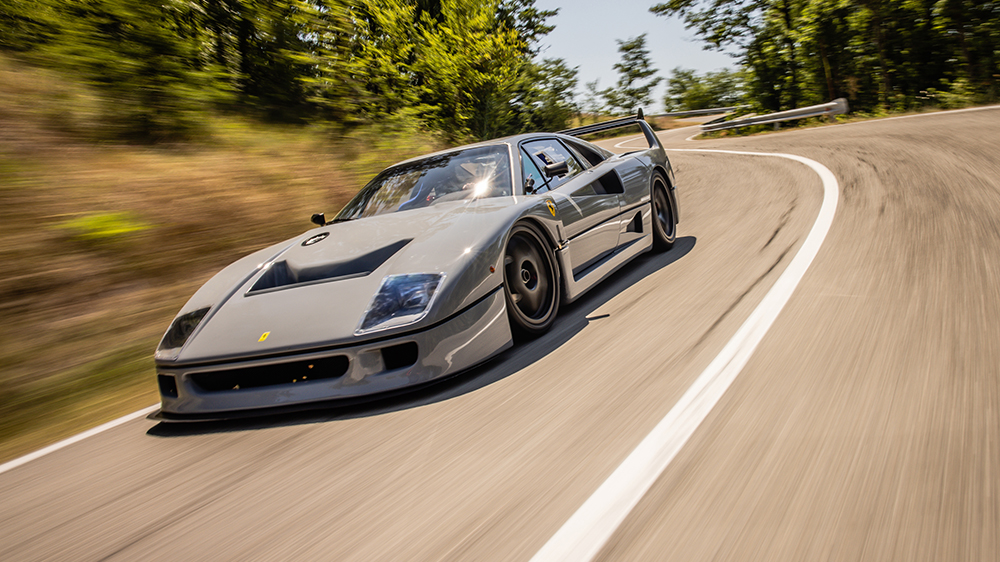