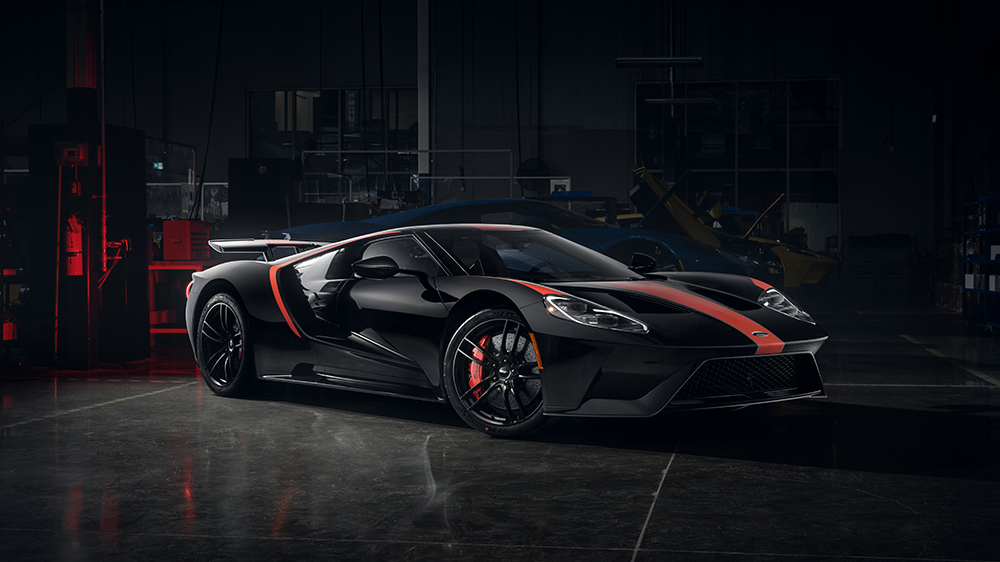 As the Ford GT inches closer to its final days on the production line, the Detroit automaker seems to be doing everything it can to send its high-performance sports car off in style.

On Monday, Ford unveiled the first of 40 Studio Collection variants the automaker will build during the vehicle’s final two years of production. What makes this version of the speedster so exclusive? It’s the most customizable Ford GT yet.

Announced last August alongside the GT40 Mark II-inspired Heritage Edition, the limited-edition Studio Collection variant will give owners even more say over the look of their car thanks to an all-new graphics package from Ford Performance and Ford GT manufacturer, Multimatic. The package, which includes racing stripes and other custom accents, allows you to dress up one of the car’s eight standard colors, resulting in a more personalized GT.

The first of the Studio Collection GTs feature an elegant Shadow Black paint job that’s been offset with a single, bold Competition Orange racing stripe down the middle and matching accents around the car’s air intakes. The custom touches make the 647 hp supercar look even more menacing.

“The combination of the stripes and accents invokes the emotion of speed and draws your eye to some of the most prominent features of the GT,” Multimac design head Garen Nicoghosian said of the graphics package last summer. “The fuselage, buttresses and signature features on the headlights provide visual anchors for the graphics, guiding your eye across the vehicle.”

Ford will build 20 Studio Collection variants this year and 20 more in 2022, the Ford GT’s last year of production. Of the seven special editions of the vehicle introduced over the last five years, it is the second-most rare, following only the Liquid Carbon variant, which was limited to just 12 units. The automaker hasn’t revealed just how much the Sports Collection costs, but based on its exclusivity, we wouldn’t be surprised if it starts well north of the car’s normal $500,000 sticker price.