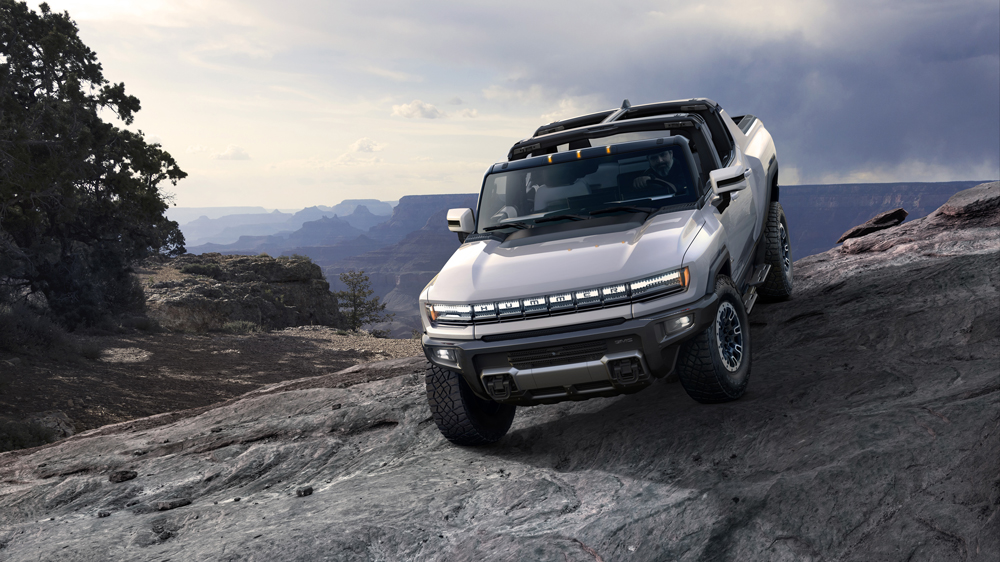 The new GMC Hummer EV won’t go on sale until the fall, but the first model is already spoken for.

Over the weekend, the first production example of the battery-powered truck sold for a staggering $2.5 million at Barrett-Jackson’s Scottsdale auction. The Hummer EV Edition 1 hasn’t gone into production yet, but when it finally does, the winning bidder will get the first off the line.

The buyer of the 1,000 hp EV was a woman who chose to keep her name private, according to the Detroit Free Press. She paid quite the premium for VIN 001, too, because the debut Edition 1 model will start at $112,595 when it goes on sale. Her willingness to take bidding well past the truck’s sticker price was likely due to the fact that the proceeds of the sale go to the Stephen Siller Tunnel to Towers Foundation, a charity that helps build homes for the families of injured first responders and military personnel. Barrett-Jackson has also waived all the fees and commissions normally associated with a collectible car sale.

“We are thrilled with the auction results and what the proceeds will mean for the Tunnel to Towers Foundation,” said Duncan Aldred, vice president of Buick and GMC, said in a statement. “We also recognize the support of Barrett-Jackson for this special occasion, which made it a 100 percent charitable endeavor.”

Of course, paying $2.5 million is also the only way to get an Edition 1 at this point. GMC sold out of the high-powered EV within an hour last fall. You can still reserve later models through the automaker’s website now, though.

The first Hummer EV wasn’t the only highly coveted first vehicle to sell for a sky-high hammer price this weekend. Barrett-Jackson also sold the first new Ford Bronco First Edition for $1.075 million. The proceeds of that sale will go to National Forest Foundation and Outward Bound. Other VIN 001s that sold include the Cadillac CT4-V and CT5-V Blackwings (which hammered down for $165,000 and $265,000, respectively), the Ford Mustang Mach-E ($500,000) and the Ram 1500 TRX Launch Edition ($410,000). In total, the auction house’s Scottsdale event raised $8.5 million for different charities.