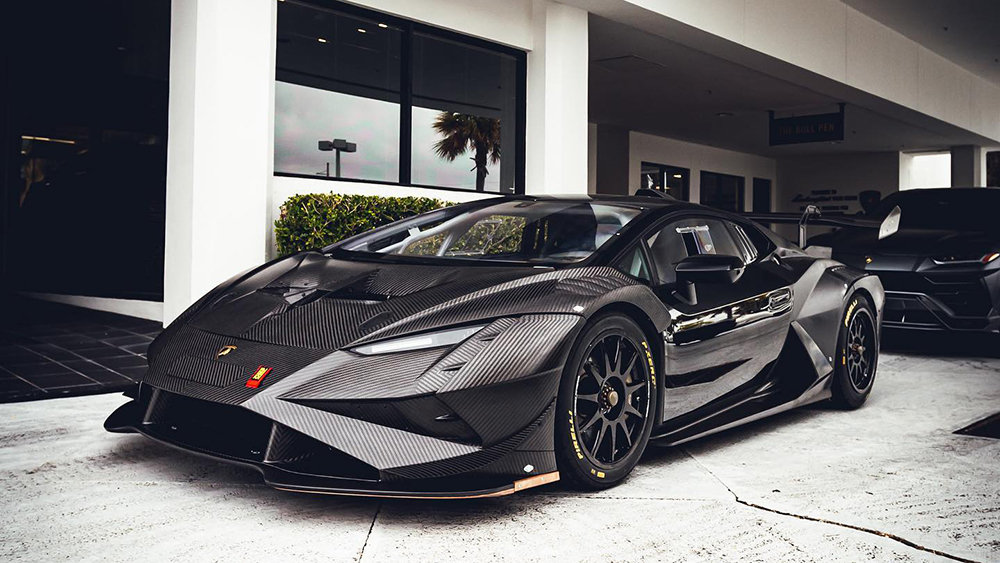 Lamborghini Palm Beach just landed another couple of high-octane Raging Bulls that are ready and raring for competition.

The dealership recently took delivery of two of the six Huracán Super Trofeo EVO2s that will be raced in the upcoming Super Trofeo season. Naturally, the team also took the opportunity to show off the formidable four-wheel beast on the streets of Palm Beach ahead of the first race of the single-make championship in April.

Like every other limited-run Super Trofeo model before it, the EVO2 is based on the marque’s striking Huracán road car yet has been tailored specifically for the track. The high-tech racer boasts an over-the-top aerodynamic package developed by Lamborghini’s Squadra Corse racing division and Centro Stile design team that improves airflow and maximizes downforce. The car sports a large yet light carbon-fiber wing, along with an arched carbon-fiber bumper and revamped diffuser fins.

Under the hood, meanwhile, lies a 5.2-liter V-10 mated to a sequential six-speed X-Trac gearbox that delivers power to the rear axle. Lambo says the EVO2 can churn out a gutsy 620 horses and will likely top the road car’s top speed of 202 mph due to the new aero package. The car has also been equipped with a new braking system by Squadra Corse, which features bigger 15.35-inch rotors up front and new calipers for greater stopping power.

The new EVO2 will make its debut stateside on April 29 during the first race of the tenth Super Trofeo North America championship at the Weatertech Raceway Laguna Seca in California. Lamborghini Palm Beach could be in for a victory, too. The dealership won the Pro-Am World Championship and the North America Dealer Championship in 2021, with its teams and drivers achieving an impressive 12 poles, 15 wins and 29 podiums last year. Not to mention, it’s entering no less than six cars this time around.

We know who we’re betting on come April.