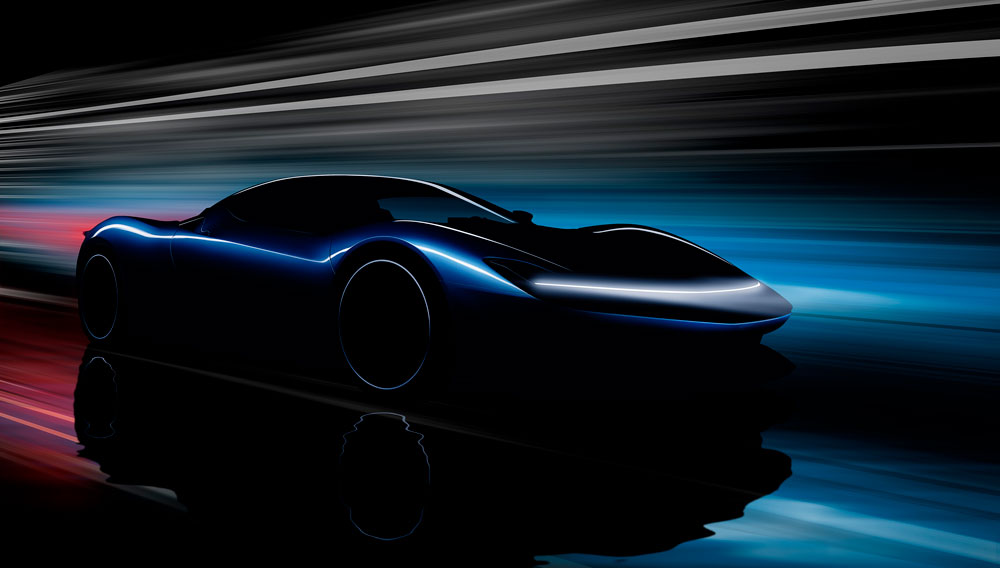 In August, Automobili Pininfarina teased its first all-electric hypercar, known as the PF0, at Monterey Car Week. Now, the Munich-based company has released new images of the limited-edition vehicle, which masterfully proves that you don’t have to choose between form and function. Envisioned by Pininfarina design director Luca Borgogno and his team, the silhouette of the PF0 was designed in two elegant lines to highlight its effortless simplicity. According to Automobili Pininfarina’s CEO, Michael Perschke, the car looks “like it was designed with just a few strokes of the pen, and what it stands for is purity of design and purity of emissions.”

The stylish ride shows off a fully carbon body and a sleek, sporty profile inspired by Automobili Pininfarina’s PURA design philosophy, which is based on the idea that form and function should be inseparable. PF0 will bring Pininfarina’s emphasis on the relationship between engineering and design to fruition with an elegant yet innovative look.

But the car isn’t just pure eye candy; it’s built for speed as well. The vehicle’s light weight and electric powertrain will propel it to a remarkable top speed of more than 250 mph, with a zero to 60 mph time of less than two seconds. The electric automobile will reportedly reach top power at around 2,000 hp, with a full charge range of 310 miles. In conjunction with the image release, Automobili Pininfarina has confirmed a more than €20 million (about $22.8 million) investment in Pininfarina SpA design services, which will go toward creating a range of luxurious electric cars.

PF0 was presented privately in Europe, but it’s been garnering plenty of attention in the United States as well. The final version of the car will be unveiled at next year’s Geneva Motor Show, and production will begin in 2020. Only 150 examples of the hypercar will be available, with pricing reportedly starting at around $2.1 million.