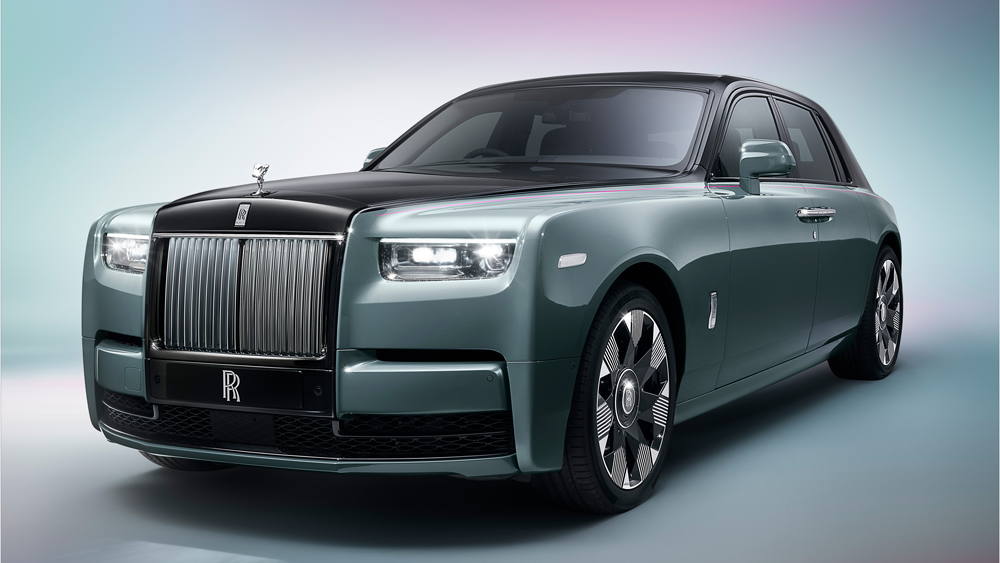 No automotive nameplate has as grand a legacy as does the Rolls-Royce Phantom. The Phantom has always been its maker’s crowning achievement, a model that, since the very first Phantom I of 1925, has represented the ne plus ultra of luxury cars. Eight generations on, the Phantom VIII carries the same tradition of bespoke excellence. Full-sized, fully loaded and very fully priced, the Phantom is one of the most emphatic statements that an individual has “arrived” in more ways than one.

Rolls-Royce reinvented itself with the new Phantom VII in 2003, a car received with great fanfare by seasoned owners and a whole new generation of US buyers when it hit stateside shores in 2004. It was succeeded by the Phantom VIII in 2017, looking “similar-from-a-distance” but on an entirely new aluminum platform that set the stage for every Rolls-Royce to follow.

Now, with the new Phantom Series II, the Phantom VIII enters the second phase of its life. According to Torsten Müller-Ötvös, chief executive officer of Rolls-Royce Motor Cars, the Series II—introduced this morning—is the “new expression” of Rolls-Royce’s ultimate model. The revised design reflects the input of owners who requested visual and aesthetic enhancements, but with a “light touch” that would preserve the commanding presence of the Phantom VIII.

Most immediately apparent is the new polished horizontal line connecting the daytime running lights above the classic Pantheon Grille, which is now illuminated. Subtle changes to the grille’s design render the “RR” badge and Spirit of Ecstasy hood ornament more prominent as well, lest there be any question as to the nature of the beast.

Like precious jewels, the headlamps feature intricate laser-cut bezel starlights, sparkling like the Starlight Headliner that spans the roof of the interior and evokes a miniature midnight galaxy overhead. Overall, the car’s silhouette maintains the formal proportions of every Phantom from the beginning, emphasizing overhangs that are short in front and long at the rear, with a long wheelbase in between. Meanwhile, the high shoulder line and wide C-pillar afford privacy for rear-seat occupants.

New wheels make another fashion statement and are available in a 3-D-milled stainless-steel design or an elegant disc design. The latter references the very first Phantom wheel and is available in polished stainless or black lacquer. In response to client requests, the grille and exterior trim are now available in darkened chrome. The interior, which features a thicker steering wheel, remains almost otherwise unchanged. One note about that long wheelbase: it can be made even longer in the Phantom Extended, the preferred choice for owners wishing to be chauffeured. Imagine that.

Catering to today’s Rolls-Royce buyers—a younger, tech-savvy crowd—the new Phantom incorporates Rolls-Royce Connected, which communicates with Whispers, a Rolls-Royce private-members’ app. This preloads navigation instructions and displays the car’s location, security status and other vitals at the touch of a button when the owner is away from the vehicle.

Importantly, the latest and most opulent Rolls-Royce was the perfect “canvas” for the marque’s Bespoke division, which handles commissions from clients who demand a Phantom that is truly unique. Expressing the capabilities and ingenuity of the Bespoke department is the Phantom Platino, a singular masterpiece named for the element platinum. The two-tone, silver-white car features an interior that uses fabrics as well as traditional leather.

In a bygone age, when Rolls-Royce owners commissioned coachbuilders to create a unique body for a Phantom chassis, the driver’s seat received durable leather upholstery, whereas the luxurious passenger compartment was typically finished in wool, silk or other opulent fabric. Recently, Rolls-Royce has been exploring leather alternatives, from hand-painted silk to lustrous bamboo fibers.

Ever present is the Phantom’s Gallery, the glass-encased expanse across the dash that can contain custom artwork of the client’s choosing. In all, the Phantom Series II continues the tradition of supreme luxury that prompted the prestigious publication Autocar to call Rolls-Royce the “best car in the world” in 1907, an observation perhaps no less apposite today.