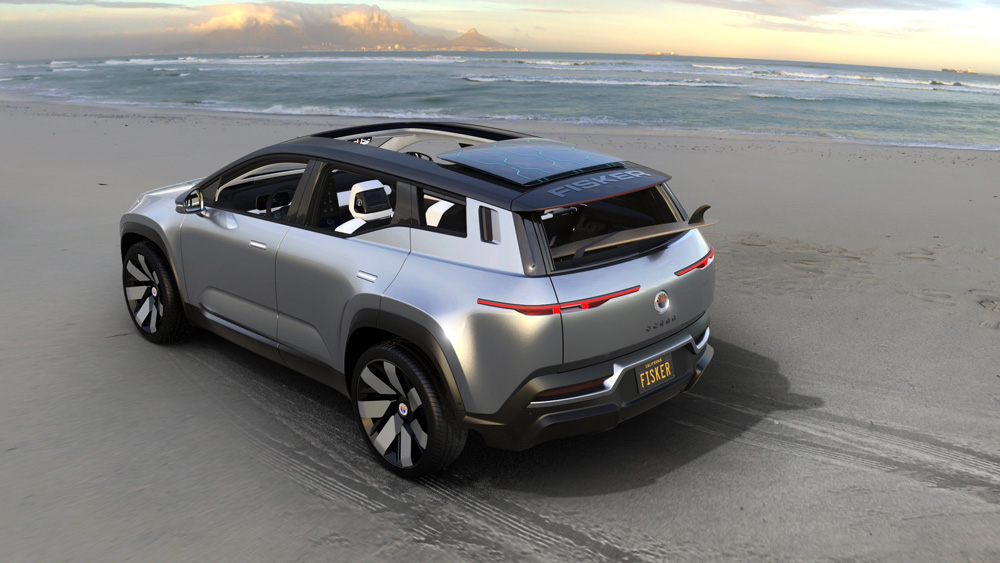 Henrik Fisker is either a glutton for punishment or hopelessly in love with automobiles. OK, he’s likely both. The talented designer behind the iconic BMW Z8 made his big solo splash a decade ago when he launched the Fisker Karma, a spectacular, if ill-fated, plug-in hybrid.

Cue Chapter 2. A few years back, Fisker promised customers a rakish electric Tesla-fighter dubbed the EMotion, which would come with a 400-mile range, gullwing doors and a $130,000 price tag. But that’s now been back-burnered in favor of the Ocean, an EV SUV that aims to steal market share from similar products from Audi, Jaguar and, soon, Tesla. The vehicle—with a claimed 300-mile range—is due in late 2021and will, reportedly, cost less than $40,000. An Ocean prototype, however, will greet visitors to the Consumer Electronics Show in Las Vegas at the beginning of January.

Prior to the unveiling, the company recently touted the Ocean’s new California Mode. What is California Mode, you ask? Think Woody wagons, with surfboards hanging out the back. Specifically, the feature automatically lowers and slides nine glass windows and panels at the touch of a button.

Fisker says the mode was inspired by the company’s passion for the Southern California coastline. What’s more, the open-air vibe comes without any compromise to the vehicle’s structural integrity. That said, California Mode came with its own series of engineering challenges.

As anyone with an SUV knows, the far-rear windows never lower. This is in order to help form a rock-solid monocoque that protects occupants in case of a rollover. So, to achieve this patent-pending California Mode, Fisker had to reengineer the steel and composite body panels in this area while ensuring water-tightness around what is normally a fixed rear-quarter window. The team also redesigned the second-row seatbelt mounting structure, and tweaked the charge-port system to create additional interior space in that rear passenger area. Finally, in a nod to old-school Detroit-made wagons, the rear hatch’s window lowers into the tailgate, allowing for that classic Beach Boys heading-to-the-surf aesthetic.

Between its impressive projected EV range and one-touch California Mode, the affordable Ocean could well lure buyers from more established automotive brands. But what’s at issue isn’t design—the original Karma’s unique and brawny looks can still stop most enthusiasts cold on the street—but simply the ability to move from concept to reality. Time will tell.