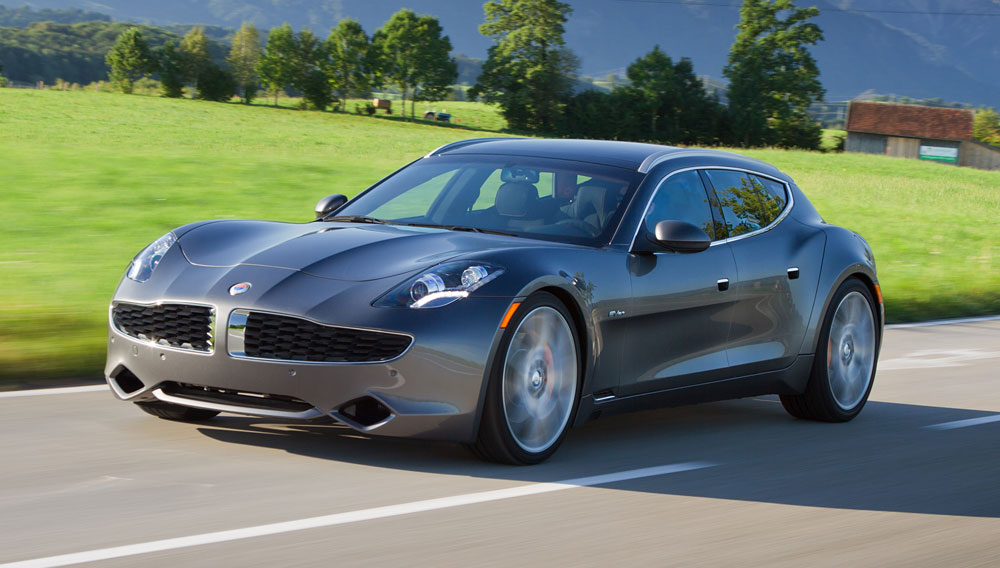 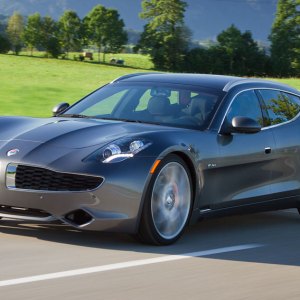 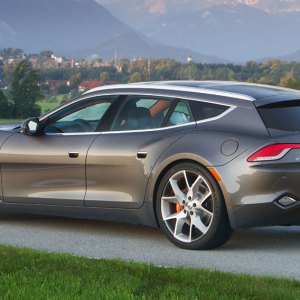 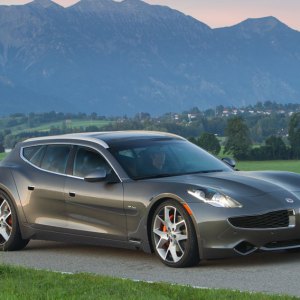 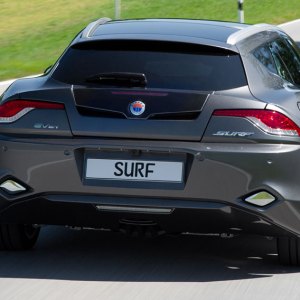 Like the Karma, the Surf takes its motivation from a pair of electric motors, good for a combined 408 hp. They’re fed by a highly advanced lithium-ion battery pack, which can reach full charge in less than six hours from a 240-volt charging station, or they can be juiced on the fly by a range-extending onboard generator cranked by a 2.0-liter gasoline engine. Oh, and atop that elongated roof sits an expansive, 133-watt solar panel that, weather permitting, boosts battery charge—and driving range—even further.

Despite its augmented proportions, the Surf—whose singular style, says Henrik Fisker, was inspired by the iconoclastic 1968–78 Lamborghini Espada four-seat grand tourer—weighs a negligible 77 pounds more than the Karma sedan, so performance and fuel economy figures should match. The car will cover about 32 miles in 100 percent electric mode, and return 20 mpg when the gasoline engine is running—for an equivalent combined rating of 52 miles per gallon, or “MPGe.” Total range with a full charge and a full tank is a road-trip-ready 300 miles. Sixty miles per hour arrives in a respectable 6.3 seconds, and the Fisker will waft to an electronically governed top speed of 125 mph.

When the first examples roll off the production line at Fisker’s contract coachbuilder, Valmet Automotive of Finland, the 2013 Surf is sure to mimic the Karma’s trio of trim levels—Eco-Standard, Eco-Sport, and Eco-Chic—with prices just marginally higher than the Karma’s $95,900 to $108,900 starting range. Surfboard not included. (www.fiskerautomotive.com)