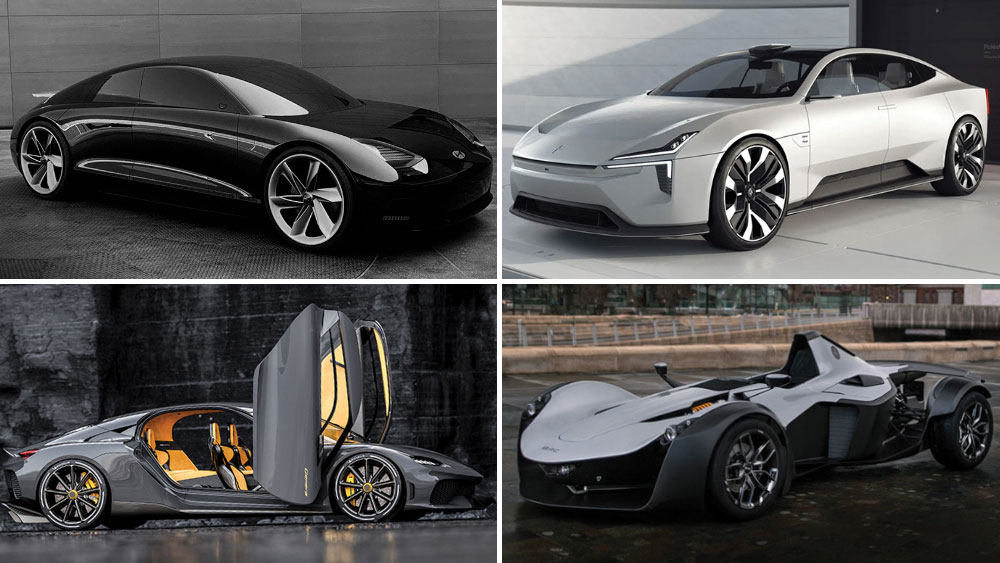 Even though the floor of the Geneva International Motor Show remains a ghost town of half-assembled stands after being canceled due to the coronavirus, various manufacturers still unveiled dozens of show-stopping machines during the time the show would have run. Bentley’s very-limited, extremely-roofless Bacalar made a marked sizzle, as did the $900K Aston Martin V-12 Speedster, also showcasing an open cockpit.

McLaren revealed a stunning track-and-street dynamo, the 765LT, joining its bourgeoning and lust-worthy Super Series range. Bugatti announced the Chiron Pur Sport, a Chiron that’s been put on a 110-pound diet, and will offer 60 examples at $3.35 million per. Pininfarina pledged to build only five of its new $2.9 million Battista Aniversario special edition electric hypercars. And that’s just what we’ve covered so far. With plenty of ongoing announcements, we want to highlight five more of our favorites that deserve a bright spotlight.

This is decidedly not your grandmother’s sensible and adequate Hyundai Sonata. Meet the Prophecy. If this is the future vision and design language we can expect from the Korean brand, we’re all about it. It’s a pure EV, and Hyundai’s belief is that autonomy will see steering wheels replaced by joysticks. Just sit back, immerse yourself in that glowing, green plaid interior and enjoy the ride. If you dig the taillights, you’re in luck; those pixel lamps will emerge on production models shortly.

While Mercedes-Benz has faithfully offered wagons to an American market that increasingly favors SUVs, perhaps in hopes we’ll one day come to our senses, this beefed-up estate hasn’t been a model available outside Europe. Until now. Sitting high on the marque’s laudable adaptive air suspension and protected with a little extra plastic cladding, this 362 hp mild-hybrid can bring your entire family wherever you’d like to luxuriously and comfortably venture.

When Volvo and Geely decide to create a handsome and surefooted electric sub-brand, everyone wins. This is Polestar teasing us with an iteration of its third model, a sleek and futuristic sedan. The Precept boasts a roof-mounted LIDAR for bolstered mechanical optics, while the interior is a case study in sustainable materials. Flax-based panels, reclaimed fishing nets, cork and recycled bottles are employed in some fashion as Polestar vows to eliminate up to 80 percent of plastic compared to traditional interiors.

If you’re paying attention, then yes, you’re right: we already covered the Koenigsegg Gemera. But the marvelous 1,700 hp, seven-figure Swedish hypercar that fits four of your friends—with one piece of carry-on luggage each—bears repeating. Koenigsegg’s engineering wizards eked out 600 hp from a 2.0-liter, three-cylinder combustion engine and supplemented that with a triumvirate of electric motors. If ever the chatter from your backseat companions grows tedious, merely mat the accelerator. Hitting 62 mph in 1.9 seconds should shut anyone up.

If you’re looking for something that is as fast as the Ferrari 488 Pista but doesn’t have pesky doors, extraneous body panels or a roof, may we suggest the newly-updated 332 hp BAC Mono? The revamp includes design tweaks, more juice from the 2.3-liter turbocharged four-cylinder engine and a refreshed chassis, gearbox and other drivetrain components—including a dry-sump setup. The Mono barely tips the scales at 1,256 pounds, which means that when it hits 60 mph in 2.7 seconds, it must feel like riding a bolt of lightning.