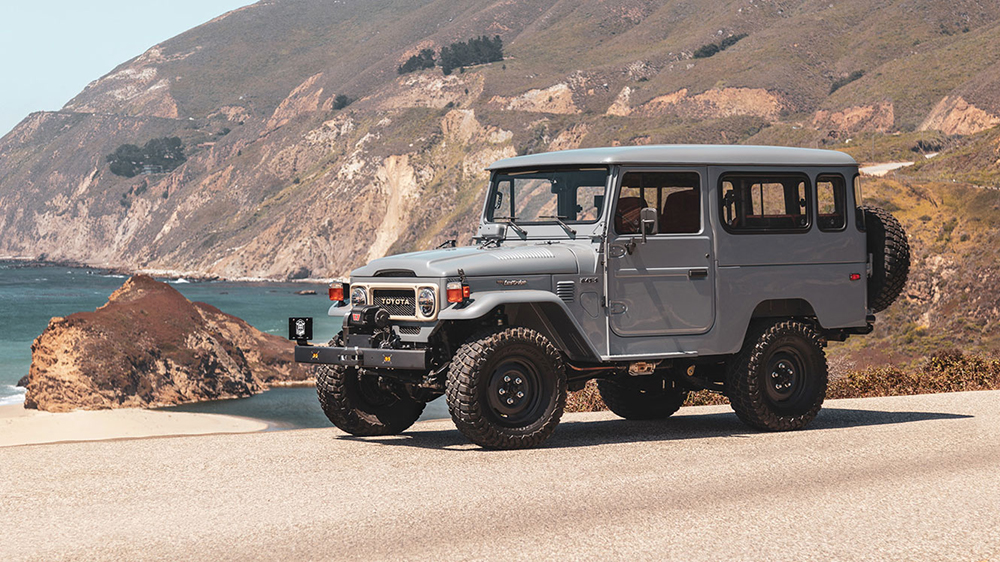 When it comes to hulking vehicles, few have earned more diehard fans over the years than the Toyota Land Cruiser. And now, nearly 70 years after its debut, FJ Company is giving the vehicle’s adherents the chance to get their hands on authentic, classic examples of what is arguably the Japanese automaker’s most revered model.

The brainchild of brothers Nelson and Juan Diego Calle, FJ Company is dedicated to preserving the essence of the decades-old SUV. The biggest step in this mission, is the custom-made G40, a classic Land Cruiser, that’s been fully rebuilt restored and upgraded with contemporary tech.

Each of FJ Company’s handcrafted G40s is built on the chassis of either an FJ40 or FJ43 Land Cruiser dating back to 1970 to 1983. From there, its original steel body is restored and rebuilt and the whole package is topped with either a custom-made soft-top or an optional hard-top. Underneath the hood, you’ll find a 4.0-liter Toyota 1GRE-FE V6 engine which is paired with a five-speed manual transmission.

But while the G40 looks and acts the part, what really sets it apart from other restored Land Cruisers are the modern-day creature comforts FJ Company has equipped it with. These up-to-date flourishes include custom upholstered seats, a dash-integrated air conditioner and heater system, a new digital cluster, LED interior lighting and a Bluetooth-enabled sound system.

And now, FJ Company has reached an agreement with Canepa Group Inc. under which Canepa will serve as FJ’s exclusive dealer in California. While Canepa is not a dealership per se, the restoration house and museum is a car enthusiast’s paradise, making the partnership a natural fit.

“The FJ Company’s enthusiasm and love for the classic Land Cruisers shows in each and every build they do, with extraordinary craftsmanship, unparalleled quality, and a meticulous attention to detail,” Canepa founder Bruce Canepa said in a press release. “Their Signature G43-S is the top-of-the-line ride for anyone looking for a vintage 4×4 experience but who doesn’t want to compromise modern-day comforts and performance, having the best of both worlds.”