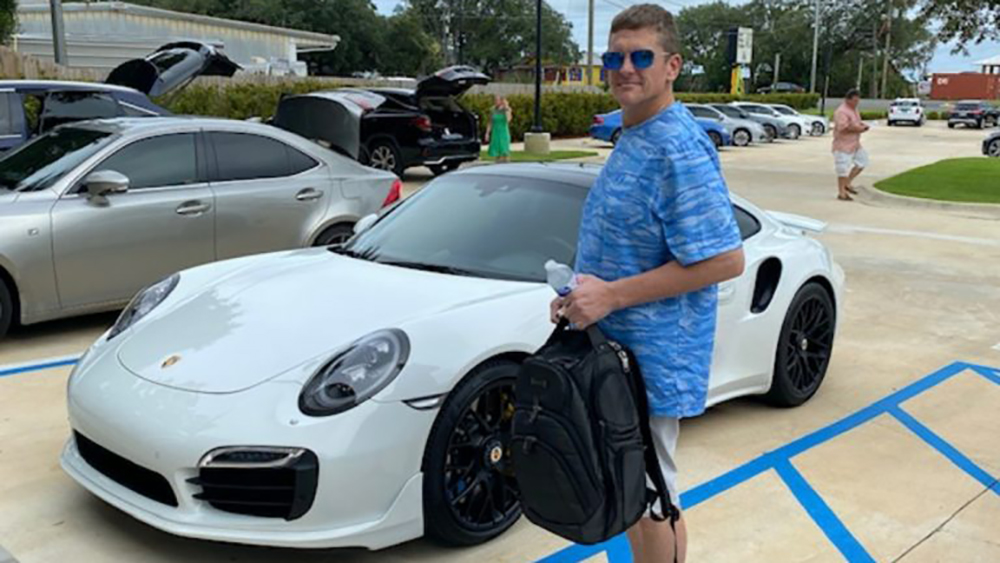 No money? No problems—at least if you’re this Florida man. A Wewahitchka local reportedly bought a new Porsche with a homemade cashier’s check, but was arrested the following day when he pushed his luck trying to purchase three Rolexes.

Casey William Kelley, 42, walked into a car dealership in Destin, FL, on Tuesday, July 28, and treated himself to a white Porsche 911 Turbo using a fraudulent check written for just shy of $140,000, according to an arrest report from the Walton County Sheriff’s Office. After Kelley drove off the lot, the dealership unsuccessfully tried to cash the check and then reported the vehicle as stolen.

The next day, Kelley attempted to purchase three Rolex watches from a jeweler in Miramar Beach with another bad check in the amount of $61,521. However, this time ‘round, the savvy jeweler kept the watches until they could determine if the check would cash.

Kelley was arrested on Wednesday, July 29, for the grand theft of a motor vehicle and uttering (using or passing) a false banknote. The following day, the jeweler determined the checks were indeed fake and reported to the crime to Walton County Sheriff’s Office, but Kelley was already in police custody.

When arrested, Kelley told investigators that he had printed out the phony cashier’s checks from his home computer rather than acquiring them from his bank. It’s just like a scene from Catch Me If You Can.

Kelley is not alone in his brazen attempt to buy a high-end sports car. Last month, a fellow Florida man tried to purchase a new blue Lamborghini Huracán with funds he’d obtained under the federal Paycheck Protection Program. David T. Hines, a Miami-based entrepreneur, was arrested after he allegedly spent nearly $4 million of federal loans on the new Lambo and other luxury goods.

If nothing else, at least they have good taste.