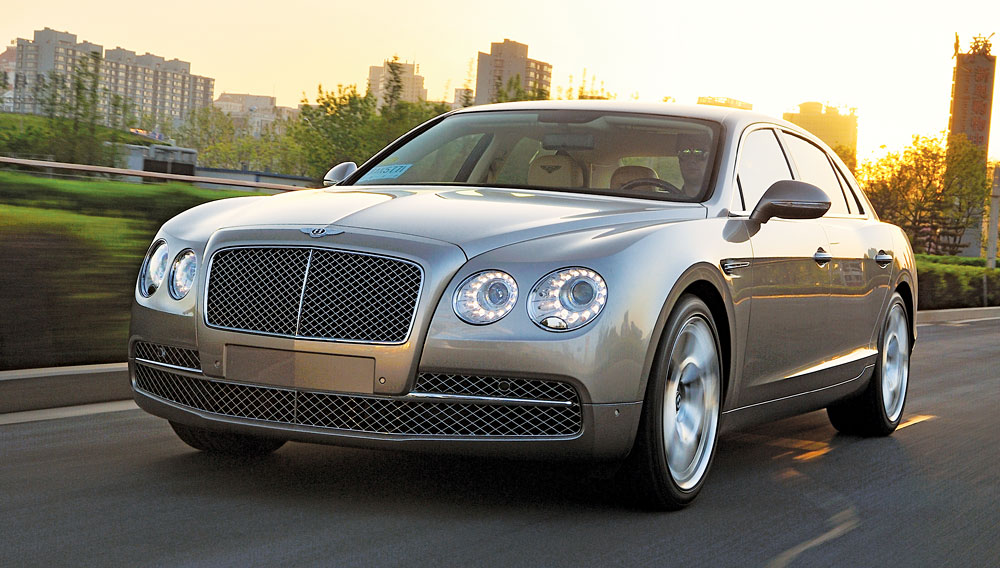 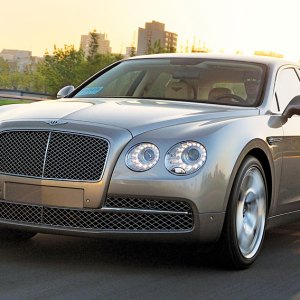 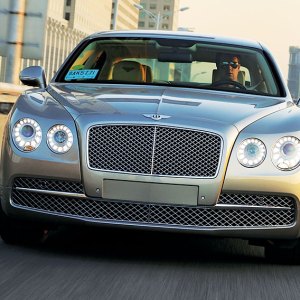 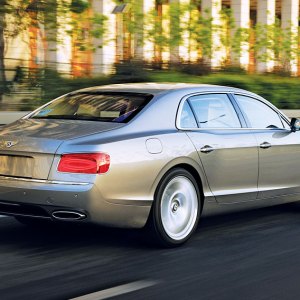 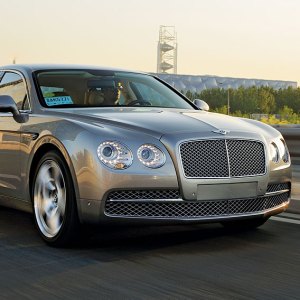 The population of China—which at last count included 2.8 million millionaires and 315 billionaires—spends more money than any other country’s except Japan’s on luxury goods, from Louis Vuitton luggage to Bottega Veneta purses to Bentley sedans, coupes, and convertibles. In fact, in 2012, Bentley Motors sold 2,253 automobiles in China, which was close to its United States sales total and certainly more than the brand sold in the United Kingdom, its birthplace. So it was fitting that Bentley Motors chose Beijing for the launch earlier this year of its newest and possibly grandest saloon: the 2014 Bentley Flying Spur.

In the United States, the Flying Spur has a base price of $200,500. In China, when the 200 percent luxury tax, custom duties, and kickbacks have been applied to the price, the car costs the equivalent of about $600,000. Yet the country’s demand for luxury vehicles keeps growing. Ferrari and Rolls-Royce, Lamborghini and Land Rover, Maserati and Mercedes-Benz, Audi and BMW continue to sell cars by the thousands while opening dealerships by the dozens. Bentley now has 35 showrooms across China.

“We’re here because we are seeing China as an eager market for the car,” explained Paul Jones, head of product management for Bentley, during the launch. He acknowledged that Bentley designed several elements of the Flying Spur to appeal directly to Chinese customers. The rear compartment is as roomy as it is, he says, because “more than 75 percent of Bentleys in China are chauffeur driven.” Thus backseat passengers have use of a remote the size of a smartphone that controls the infotainment systems, which include 10-inch LCD monitors behind the front-seat headrests. The rear compartment also is equipped with headphones, all the favored entertainment and communications ports, and picnic tables that are more likely to hold laptops or tablets than cups of oolong tea—though the car’s four-link, double-wishbone, self-leveling suspension provides a ride that may be smooth enough to prevent the tea from spilling. For the close of the day’s mobile business, the Bentley’s cabin has an optional cooler sized for two bottles of Champagne. The option also includes three crystal flutes.

The rear seats will encourage catnaps for passengers when the Flying Spur is grounded by Beijing’s 20-hour gridlock. They are heated and cooled (the latter is an option) and adjust to six different positions. They are also equipped with a massage feature, though it does not equal the Yin Yang Harmonizing treatment at the Beijing Shangri-La hotel’s Chi spa.

The sedan’s twin-turbo W-12 engine is the same as the one that powers the Continental GT Speed. It produces 616 hp and 590 ft lbs of torque, which kick in at 1,700 rpm. The engine is a heart that pounds strong and regularly and easily propels the Flying Spur’s 5,451-pound curb weight (about two giant pandas shy of three tons) to 200 mph. From a dead stop, the Flying Spur reaches 60 mph in 4.3 seconds and 100 mph in 9.5 seconds.

Bentley’s designers, engineers, and stylists had cardinal issues to consider when they debated the shape and offerings of the new Flying Spur. The car had to be distinctive but not clash with the Continental GT or the Mulsanne supersize sedan. And they wanted to be careful about messing with a Bentley model that has sold 22,000 copies since its inception and is the most popular four-door in the brand’s 93-year history.

Compared to the old Flying Spur, the new one has a sharper styling line running the length of the car and emphasizing fuller curves and a longer, lower trunk. The C-pillar flows instead of rolls and emulates the low, speedier lines of a coupe. The muscular haunches speak to the car’s roomier rear and beg to be patted. Jones calls them “the best bit on an excellent car.” The designers also rearranged the quad headlights so that the larger lights are set outside to imply a widening of the front end. With these gentle alterations, Bentley has made the Flying Spur appear longer, lower, and broader without changing one major dimension. The roofline has been raised, but only by a quarter inch. And the front and rear tracks have been widened a hair, but that change was made to tame the cornering roll created by the cushier suspension, not for aesthetics.

Few of the interior fittings from the old Flying Spur survived the redesign; Bentley says it made 600 changes to the cabin. The only leftovers are the grab handles, some deeply chromed trim, the heating and cooling portholes, and the sun visors. The leather for the upholstery, door panels, and headliner is now available in 17 different colors, and the choice of wood veneers includes dark fiddleback eucalyptus and four other selections, none of which is light fiddleback eucalyptus.

Among the 100 body colors offered is damson, which the company describes as “a rich hue inspired by the extremely rare purple diamond.” A damson is also a small purple plum common to British backyards and used for making jam, but that description makes the color sound considerably less exotic.

The car’s street, road, and motorway manners are the most secure, most precise of any large luxury vehicle and are superior to those of many smaller, sportier coupes and sedans. Such comportment can be a life-saving asset on the streets of Beijing and the roads around northern China that lead to and from the Great Wall.

In most parts of Beijing, drivers do not roll to a stop—they do not observe stop signs at all. Red lights are considered advisories, and trucks driving against traffic down one-way streets should be anticipated. “The general rule in heavy traffic is that every space must be filled,” a Bentley advisory warned the writers who planned to drive the Flying Spur at the launch. “Be prepared for oncoming drivers on the wrong side of the road. When reversing, traffic behind you will not stop.”

In such conditions, a car’s brakes must be anchors, and the steering has to be instant and pinpoint. The Flying Spur has 15.9-inch disc brakes up front and 13.2-inchers at the rear, and when you bury the pedal into the rug, the braking just keeps on building. The steering is a little heavy but tuned for the car’s weight. It is predictable and as precise as any vehicle of this heft allows.

The Flying Spur’s capabilities and amenities make it blessedly qualified for the demands of China’s motoring free-for-all. It may be a luxury car in the United States, but for the uninitiated driver and antsy passenger at least, the Bentley is a near necessity in China.