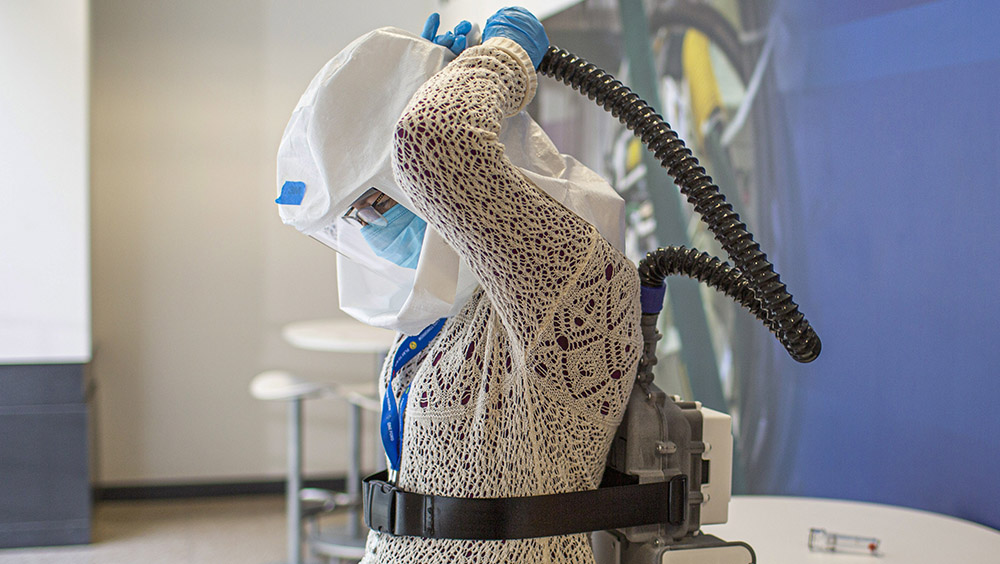 Ford and manufacturer 3M will begin production of a respirator that will help aid doctors and nurses in the fight against the Covid-19 crisis.

On Monday, the Detroit automaker announced that the two companies were working on a new powered air-purifying respirator (PAPR) that they plan to put into production by the end of the week, according to a press release. The manufacturer is also working on other protective equipment for those on the frontline of the Covid-19 crisis.

First announced in late March, the PAPR, which includes a hood and face shield to protect workers, makes use of fans from the Ford F-150 and 3M’s Hepa air filters to supply clean air for up to eight hours. Production of the device will begin on Tuesday and be handled by paid UAW volunteers at the automaker’s Ford’s Vreeland facility near Flat Rock, Michigan. Government approval of the PAPR is expected to follow later this month.

“By working collaboratively with 3M to quickly combine more than 100 years of Ford manufacturing and engineering expertise with personal protection equipment design and expertise, we’re getting much-needed technology into the hands of frontline medical workers to help when they need it most,” Ford engineering executive Marcy Fisher said in the release.

Additionally, Ford is also working on producing reusable medical gowns made from repurposed airbag material. Right now, the company hopes to make 100,000 a week by the end of the month. The automaker also announced that it was providing manufacturing information with Thermo Fisher Scientific to expand production of Covid-19 collection kits.

This is not the first time Ford has plied its manufacturing might to help in the fight against the global pandemic. Earlier this month, the company announced plans to produce 50,000 ventilators by July 4 for coronavirus patients. Production of those devices is expected to get under way by the end of this month. Meanwhile, General Motors is expected to begin production of ventilators later this week at its Kokomo, Indiana plant, according to The Drive.