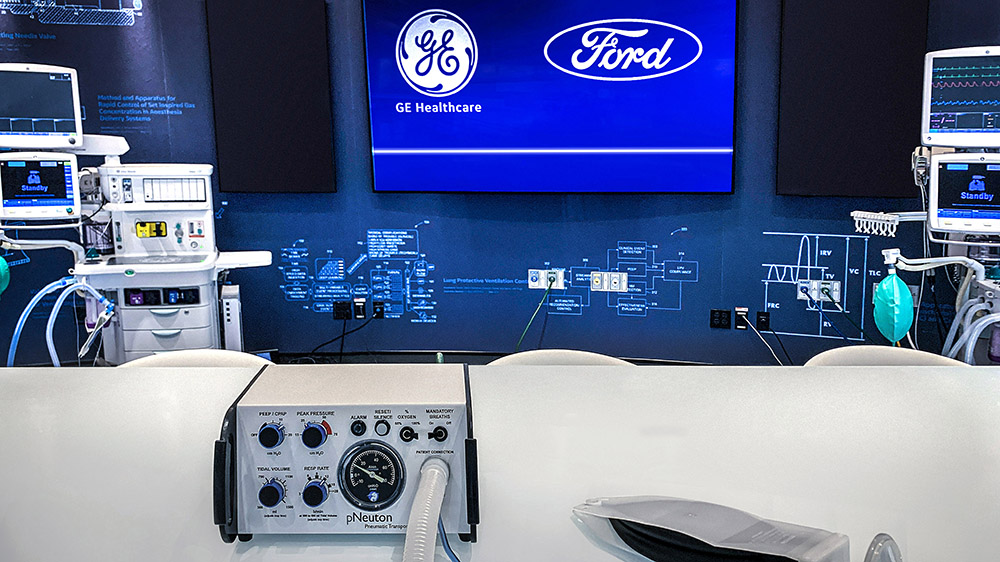 In a moment of crisis, Ford is putting its cars, SUVs and trucks to the side so that it can focus on producing ventilators. The Detroit automaker has announced plans to make 50,000 ventilators over the next 100 days.

Ford is partnering with General Electric to make simple ventilators that will be used to help answer the shortage of ventilators for coronavirus patients across the country, according to a press release. Following the initial batch of devices, the automaker intends to produce an additional 30,000 per month as needed.

The ventilators will be based on a design from Florida-based Airon Corp., which has been licensed by GE Healthcare. The device, called the Model A-E, uses a simplified design that operates purely on air pressure without the need for electricity and will meet the needs of most Covid-19 patients. The automaker claims its production can quickly be scaled to help meet the growing demand for the device around the US.

Ford plans to produce the ventilators at its Rawsonville Components Plant in Ypsilanti, Michigan. The factory will be staffed by 500 United Auto Worker members who have volunteered to work on the project, according to the release. Production is scheduled to begin on April 20. Additionally, Ford and GE are also working to scale production of the latter’s more advanced ventilators.

“The Ford and GE Healthcare teams, working creatively and tirelessly, have found a way to produce this vitally needed ventilator quickly and in meaningful numbers,” said Ford President and CEO Jim Hackett. “By producing this ventilator in Michigan, in strong partnership with the UAW, we can help health care workers save lives, and that’s our No. 1 priority.”

Covid-19 attacks the lung and can cause acute respiratory distress, making access to ventilators essential for patients. Ford’s announcement comes days after General Motors said it was teaming up with Ventech Life Systems to produce ventilators at its Kokomo, Indiana, plant. As of last week, the American supply of ventilators stood at 160,000, with 12,700 in the National Strategic Supply, though up to a million machines may be needed over the course of the outbreak, according to the Society of Critical Care Medicine.