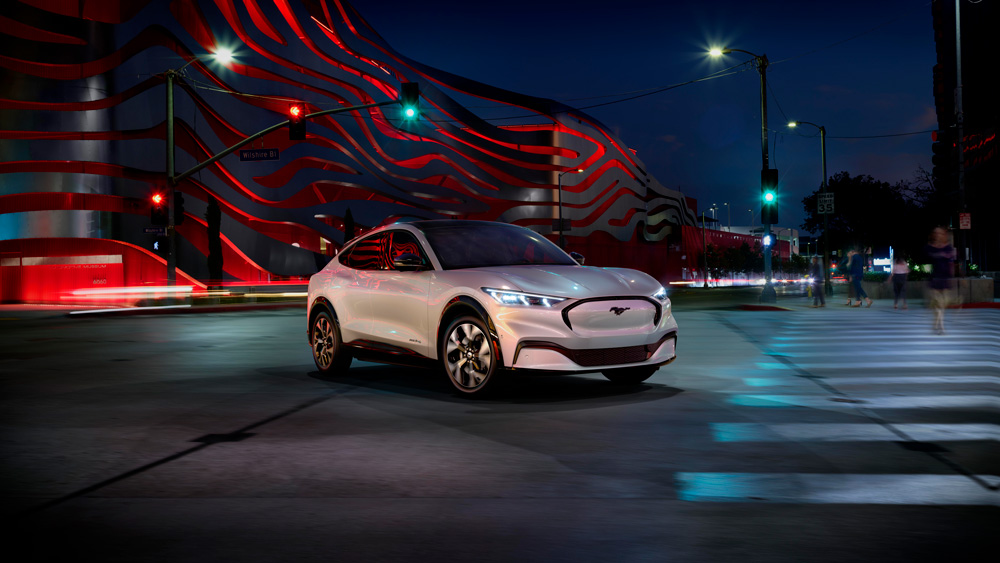 Ford’s first official all-electric Mustang, the Mach-E crossover, hasn’t hit the road yet, but it’s already getting an upgrade. Leaked dealer documents suggest that the Detroit automaker is giving the EV’s performance specs a boost.

The documents, which were obtained by MachEForum.com from an unnamed dealer source, show that Ford plans to boost the vehicle’s horsepower, torque and battery density before it goes on sale later this year, according to CNET Roadshow. Though the info has yet to be confirmed, it appears that it will all version’s of the company’s first built-to-purpose EV.

It doesn’t look as if the boost will be a game-changer, but it will be noticeable, especially on the top-tier all-wheel-drive, extended-range variant. That version of the electrified SUV is getting 14 added horses and 10 more kW of battery power. Meanwhile, both standard range models (all- and rear-wheel-drive) will get an added 11 horses, while the extended-range rear-wheel-drive will bet 8 more. Each Mach-E is set to receive a blanket increase of 11 more lb-ft of twist.

While the leaked docs don’t explain the reason for the increases, there are a couple possible reasons, CNET points out. One is that the company might just be trying to keep up with the market, especially as more and more EVs are introduced. The other is that the company has discovered software efficiencies that allowed it to get even more performance from the crossover. This is something we’ve seen Tesla take advantage of multiple times in the past.

When reached for comment by Robb Report, a spokesperson for Ford wouldn’t confirm the report, saying only, “We’ll share more details about Mustang Mach-E closer to launch.”

The newest Mustang raised more than a few eyebrows when it was unveiled last November—both for being a battery-powered EV and an SUV. It remains to be seen whether these spec boosts will assuage concerns of longtime fans of Ford’s iconic muscle car. But whether or not the EV has managed to win over the purists, it’s doing fine with everyone else. In December, a little over a month after the vehicle’s debut, the automaker announced that reservations for the first 50,000 examples were full.