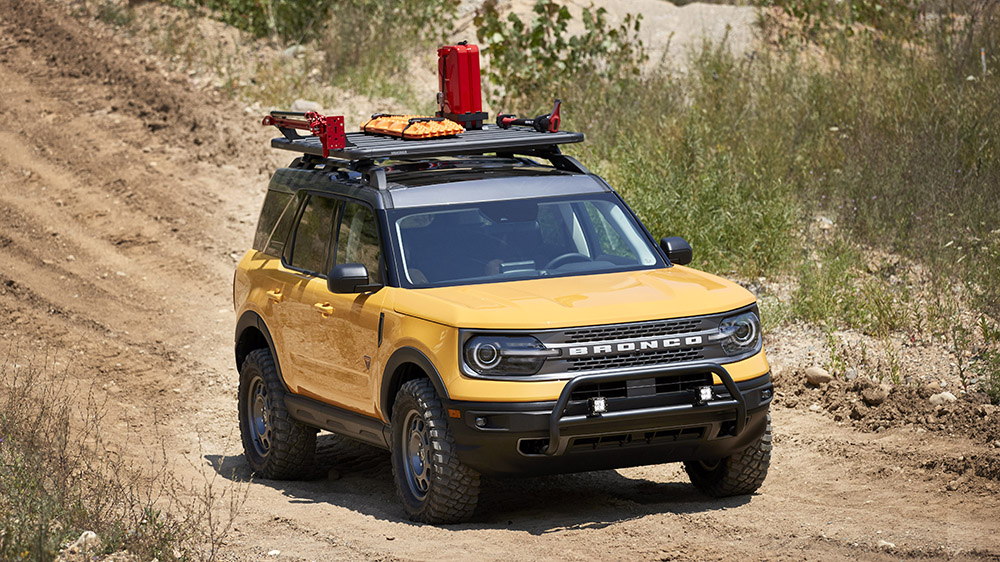 Ford’s doing everything it can to make up for lost time. Weeks after officially confirming that it was bringing back the Bronco after a 24-year absence, the Detroit automaker is celebrating the iconic vehicle’s 55th birthday by showing off a raft of new adventure concepts and announcing an off-roading event.

On Thursday, Ford celebrated the beloved SUV’s big day by introducing five adventure-themed models that showcase the full scale of the reintroduced vehicle’s versatility, according to a press release. Additionally, the company announced the site of the first of four Off-Roadeo events, which will be held for owners of the new Bronco starting next summer.

Each of the birthday editions is based on either the two- or four-door reborn Bronco that debuted last month and have been modified with parts from long list of 200-plus official accessories that will launch alongside the SUV.

The first of these new concepts is the purpose-built Four-Door Outer Banks Fishing Guide edition. As the name suggests, the vehicle, which features the Bronco’s Outer Banks trim package, is designed for amateur and professional fishers alike and includes a front-end fishing rod holder and a Yakima roof rack. Up next is the Two-Door Trail Rig, which takes the Badland trim package and adds tube doors, another roof rack and a winch with a hearty 10,000-pound towing capacity.

The fifth new concept, the Sport Off-Roadeo Adventure Patrol, is a four-door featuring the Badland trim package, a cargo platform and LED light bar. As a bonus, it has a target painted on its hood for landing a drone—you know, for when you’re doing recon. The SUV will be used as a support vehicle at the upcoming Off-Roadeo events. The officially sanction customer experience events, according to Ford, will give Bronco owners the chance to push their 4x4s to the limit on specially designed courses. As part of Thursday’s announcement, the automaker said that the first of the four Off-Roadeos will be held in Austin next summer.

“Our dream for Bronco was not just to design a family of vehicles people would love, but to build a community around people who love to go off-road and get into the wild, who want to customize and personalize their Broncos, and share experiences with each other,” said Jim Hackett, Ford president and CEO.

The 2021 Bronco is expected to hit dealerships next summer. Although it’s release is still a few months away, the automaker is currently taking reservations for the vehicle. And the SUV is proving to be a hit, as over 160,000 enthusiasts have already put their name down for one of the new Broncos when its finally ready.