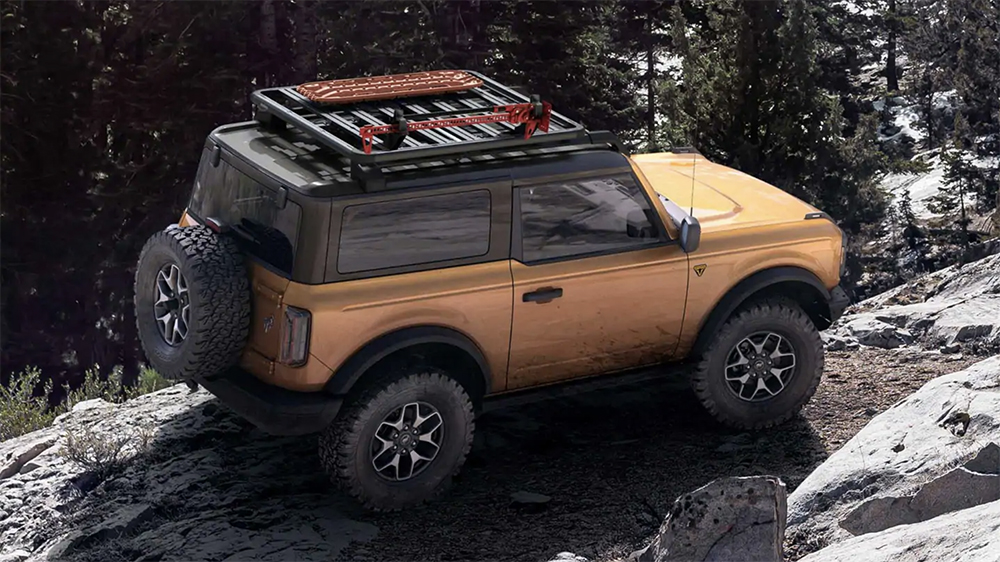 Apparently, absence really does make the heart grow fonder. Interest in the new Bronco is higher than anyone, including Ford itself, was expecting. So, in an attempt to meet the ravenous demand for its reborn SUV, the automaker is doubling the production run of the vehicle’s exclusive First Edition variant.

The Detroit automaker has informed those on the waiting list for the limited-edition 2021 Bronco that it will increase orders from 3,500 to 7,000. $100 reservations for both the two and four-door versions of the SUV sold out just hours after it was unveiled on July 13, according to Jalopnik.

News of the production bump was first broken by a member of the enthusiast message board, Bronco 6G. A forum user posted a screengrab of an email they’d been sent by the Ford Bronco Team that outlined the adjustment.

“Due to overwhelming demand for the First Edition, we made a one-time increase to the quantity available, 7,000 total,” the email read. “First Edition Bronco reservations are now full. If this changes your interest in First Edition, we understand, and remind all those who reserved that you’re able to edit your series at time of order.”

The new four-door Bronco with a portion of its top detached.  Ford

Ford did not immediately respond to a request for comment from Robb Report, but has confirmed the increase to other publications.

Although it’s been an open secret for nearly a year now, Ford finally confirmed earlier this month that it was bringing back its iconic SUV after a 25-year hiatus. Available in either a two- or four-door layout, and in one of four exclusive colors, the First Edition is a fully loaded Bronco with special exterior graphics, carpeted flooring, leather-trimmed seats, a safari bar and 35-inch Goodyear Terrain tires, just to name a handful of its top-of-the-line features. Of course, all this comes at a cost. Whereas the standard Bronco starts at $30,000, the First Edition has a price tag of $59,305 ($63,500 for the four-door version).

While reservations for the First Edition are full, it sounds as if Ford will keep the waiting list open the time being. After all, there’s no telling how many people will drop out. Anyone who does cancel their reservation will have their $100 deposit refunded automatically. Something tells us there will be plenty of people ready to take their place.