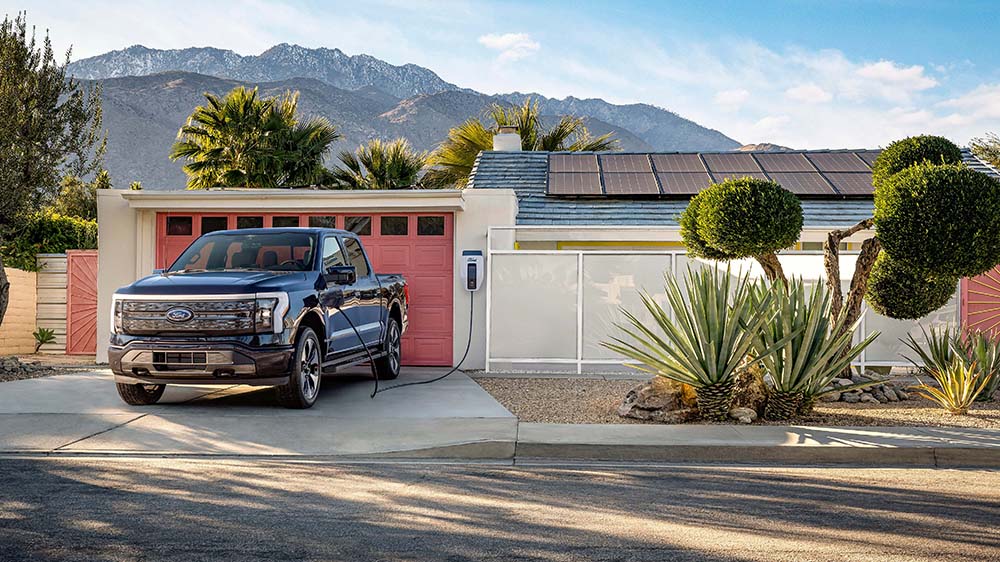 If the lights go out, Ford F-150 Lightning owners will have less to worry about in the early days than their neighbors. Because not only will it be able to charge another EV—you can use it to power a full house.

The Detroit auto giant say its much-anticipated electric pickup truck can keep a home running for up to three days during a blackout thanks to Ford Intelligent Backup Power. And as some F-150 hybrid owners in Texas found out last year, a feature like that that can come in pretty handy in a crisis.

The automaker has teamed up with residential solar company Sunrun for the new system, which will allow you to turn the F-150 Lightning into an independent power source. The setup consists of the truck itself, a Ford Charge Station Pro Level-2 wall charger and the new Home Integration System, which includes a power inverter, dark start battery and a transfer switch that allows for bidirectional electricity flow between the vehicle and residence. Even better, the setup will immediately kick in if the grid goes down.

You can also use the Ford F-150 Lightning to charge an EV, like the Mustang Mach-E  Ford

If you’ve opted for the F-150 Lightning’s Extended Range battery, which can store 131 kWh of energy and deliver up to 9.6 kW, you’ll be able to keep an entire home running for up to three days, according to the automaker. If you ration power, or use the feature in conjunction with solar power, that can be stretched out to 10 days. Last winter, a number of Texans used the F-150 PowerBoost plug-in hybrid’s generator to keep vital appliances running during power outages that resulted from a paralyzing winter storm. With the Ford Intelligent Backup Power system you can keep everything running for longer.

One thing missing from the announcement is how much the whole setup will cost. The Ford Charge Station Pro comes with any F-150 Lightning with an Extended Range battery pack, but, as CNET Roadshow points out, you’ll have to pay for installation. It’s unclear how much the Home Integration System will cost. The marque says you can contact your local Ford dealer or Sunrun if you’re interested.

Either way, the F-150 Lightning may have just gotten even more appealing—even if you aren’t allowed to sell it for a year.