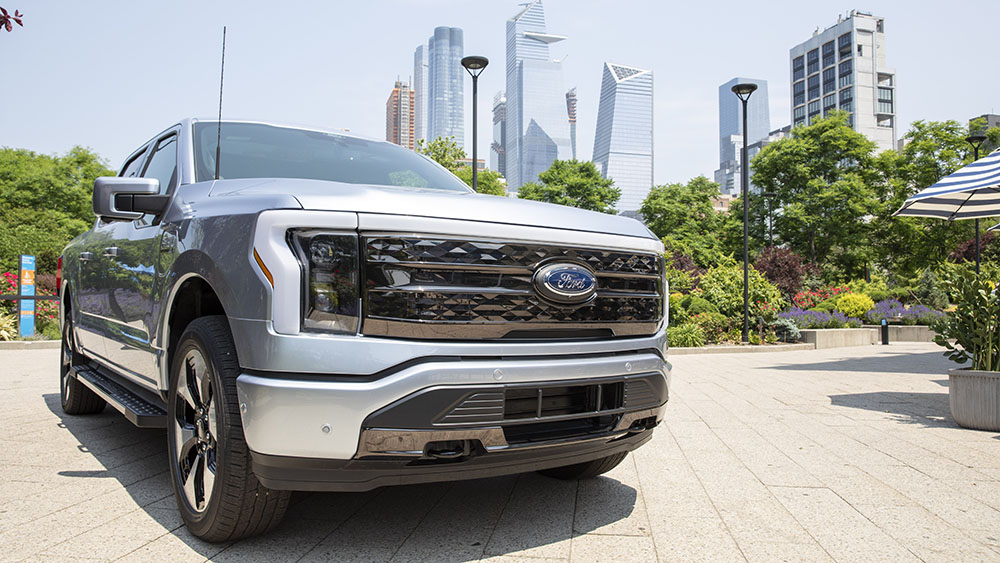 The Ford F-150 Lightning just got a little more enticing.

On Monday, the automaker announced that its electric pickups will have more horsepower and a higher payload capacity than first expected. The standard-range battery pack will deliver 452 hp, up from 426, and the extended-range pack will produce 580 hp, up from 563. Along with those numbers, the trucks will be able to haul an extra 235 pounds, for a total payload capacity of 2,235 pounds.

“We were seriously focused on raising the bar on this truck, including after we revealed it, so we can deliver more for our customers,” Dapo Adewusi, an F-150 Lightning vehicle engineering manager, said in a statement. “Our drive for continuous improvement will get a big boost when we start getting feedback and ideas from customers when they receive their Lightnings.”

The Ford F-150 Lightning will begin to ship soon.  Ford

Ford started production on the truck just last week, and is working on reaching its goal of making 150,000 of them every year (the company already has more than 200,000 reservations for the vehicle). The F-150 Lightning is the only full-size electric pickup available with a starting price under $40,000, and these new specs would appear to give a leg up in the expanding EV market. The conventional combustion-engine F-150, of course, is the best-selling pickup in the country.

As for the new all-electric edition, this isn’t the first time it has exceeded expectations. In March, the EPA concluded that the extended-range Lightning will be able to drive 320 miles on a single charge, about 20 miles farther than Ford had initially promised. And as Robb Report previously noted, the truck’s battery will be able to charge other electric vehicles and even power a house for up to three days during a blackout. Imagine how handy that kind of juice will be on a camping trip.

The question now is what else will the F-150 Lightning be able to do? We, for one, can’t wait to find out.