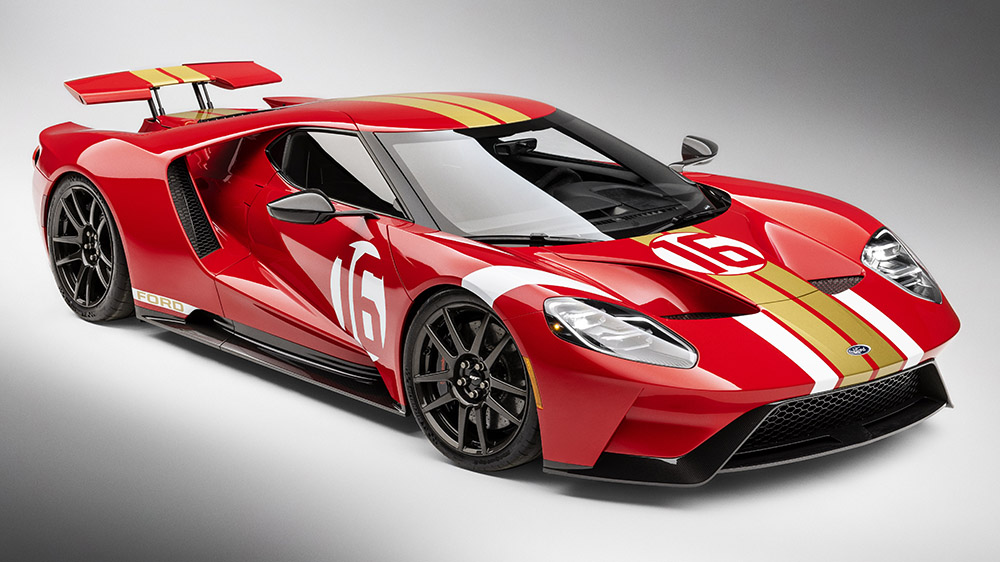 Production of the Ford GT will end later this year, but not before the automaker spends a little more time paying tribute to the past.

The Detroit giant unveiled the 2022 GT Alan Mann Heritage Edition on Tuesday morning days before the car will make its public debut at this year’s Chicago Auto Show. The exclusive variant is based on by two lightweight GT40 Mk II prototypes built by Alan Mann Racing that helped inform the final Mk II that was victorious at the 24 Hours of Le Mans in 1966.

Alan Mann Racing was one of the more successful British outfits of the 1960s and would eventually become an official Ford-backed team. In the lead up to the 1965 and 1966 installments of the 24 Hours of Le Mans, the team built a pair of lightweight experimental prototypes, according to a press release. Neither car won a major race but they inspired Ford to use lightweight materials in the victorious GT Mk II.

One of the original Alan Mann Racing prototypes  Ford

Like the original prototypes, the Heritage Edition features a racing-style livery inspired by Alan Mann Racing’s trademark red and gold colors. The exterior is accented with shots of white, including a no. 16 gumball, exposed carbon fiber and special “Ford” badging. The cabin is mainly done up in black, though there are flashes of red and gold, as well as more exposed carbon fiber on the Alcantara-wrapped racing seats. The car rides on a set of 20-inch wheels which house Brembo brakes with red and black accents. In the engine bay, you’ll find the same twin-turbocharged 3.5-liter V-6 engine you’ll find in the other 2022 models, which is capable of spitting out 660 horses and 550 ft lbs of twist.

“It’s a great honor for Alan Mann Racing and the Mann family to celebrate the epic motorsports heritage of Ford GT with this fantastic limited-edition car,” the team’s current director, Henry Mann, said in a statement. “To see the red and gold colors of our team’s livery come back to life, and to debut this new GT alongside one of our original GT40s in Chicago, will be a magical occasion.”

The latest GT variant is the seventh Heritage Edition that has been released since Ford brought back the supercar in 2006. With production of this iteration slated to end later this year, it could be the last. Ford hasn’t announced how many examples will be built or how much they will cost, but we’d be willing to bet they go for a fair bit more than the vehicle’s already sky-high starting price of around $500,000.

History, even just a reference to it, doesn’t come cheap.

Check out more photos of the GT Alan Mann Heritage Edition below: