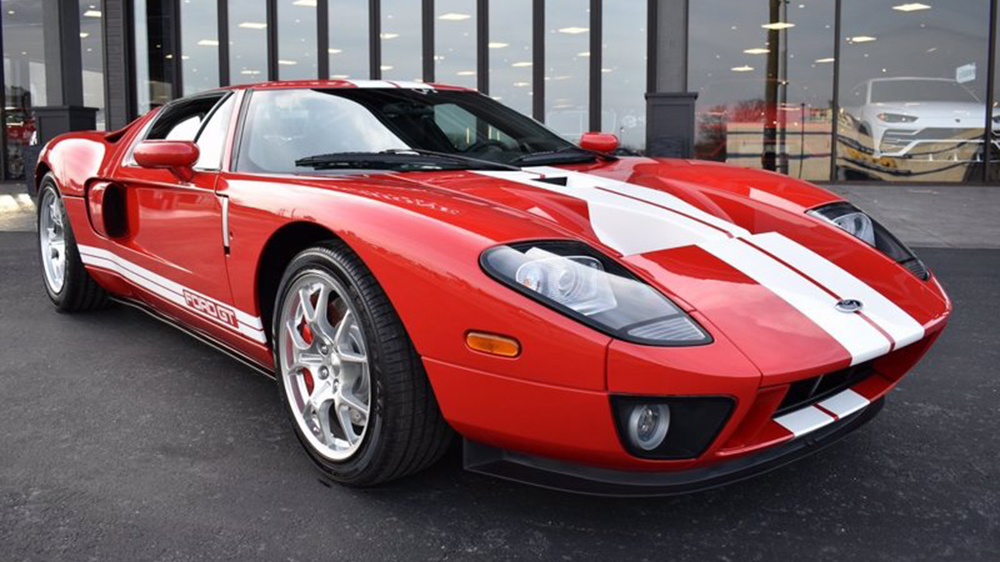 If you prefer the first-generation Ford GT to the second, you’re in luck. Very big luck.

A dazzling red-and-white example of the first iteration of the Detroit giant’s retro-inspired supercar was just listed for sale by Sarchione Auto Gallery in Canton, Ohio, according to DuPont Registry. While any Ford GT being listed for sale is noteworthy, this 2006 model is especially desirable because of the number on the odometer: 50.

First unveiled in concept form in 2002, the Ford GT was meant as both a celebration of the brand’s centenary and a tribute to the car that brought it its biggest success on the track—the original Ford GT40. That’s the car that allowed the American automaker to finally beat Ferrari, won Le Mans four times in a row and inspired a movie you may have heard of. It’s also exceedingly rare, with only 4,038 built during the two years it was in production. A second generation, which is now in its final year of production, was introduced in 2017.

Ford really outdid itself with its first supercar. The Ford GT looks remarkably similar to the GT40. Designed Camilo Pardo wisely held on to the racer’s curvaceous body—just look at its long nose, sculpted hood and large rear fenders—though the newer vehicle is bigger, specifically three inches taller. Despite staying true to the essence of the original, the car—finished in Mark IV Red offset by white racing stripes and Ford decals—feels thoroughly modern, even when compared to its bolder predecessor. This same feeling is maintained inside the car. There’s no giant infotainment screen, like on the second-gen model, but everything is covered in Ebony Black and music comes courtesy of a luxe McIntosh audio system.

Just as beautiful as the exterior is the powerplant that keeps the Ford GT going. Mounted mid-rear is a 5.4-liter supercharged V-8 that is mated to a Ricardo six-speed transaxle manual gearbox that sends power to the the rear axle. It can produce 550 hp and 500 ft lbs of torque, allowing the car to rocket from zero to 62 mph in 3.8 seconds and hit a top speed of 205 mph. Not bad for a vehicle inspired by one of the greatest race cars of all time. This particular example has spent its entire life in a climate controlled garage and barely been driven—again, there’s just 50 miles on the odometer!—so it’s in immaculate condition.

Of course, because it doesn’t have any real wear and tear on it, it won’t come cheap. Sarchione Auto Gallery has its Ford GT listed at $685,000. We’re guessing someone will be more than willing to pay that for such a special American speed machine.