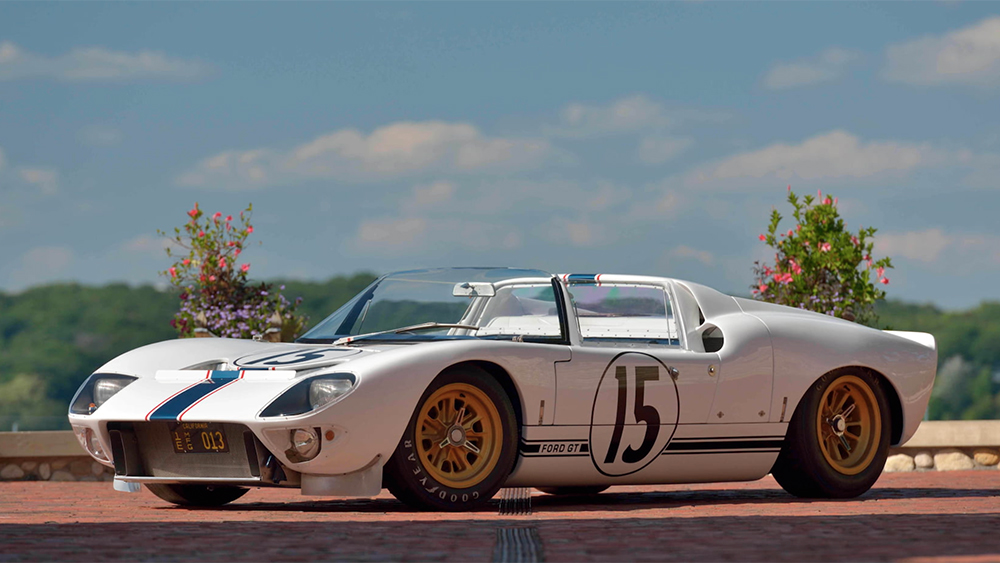 Sure, historically significant cars cross the auction block all the time. But one Ford GT scheduled to hit the block next month could make even the the most seasoned collector do a double take.

A Ford GT Competition Prototype Roadster GT/109 will go up for bid part of Mecum Auctions’s upcoming Indy 2020 sale. In addition to an illustrious racing background—it’s the only GT Roadster to ever race at Le Mans—it’s also just one of five open-top examples ever built, and one of only two still in existence today. All of which explains why the beautiful speedster is expected to sell for as much as $10 million when it hammers down.

The extremely rare racer was built by Ford Advanced Vehicles in England in March of 1965, and is one of 11 GTs built and entered in the 24 Hours of Le Mans over a two-year period, according to the sales listing. This specific example would end up being entered in that year’s race by the automaker’s French division. Though it would go on to become the sole open-cockpit GT to ever compete in the legendary race, the driver team of Maurice Trintignant and Guy Ligier only completed 11 laps before its gearbox failed. From there it was shipped to Shelby America, where it was completely rebuilt, and then to Kar-Kraft where it would be used as a developmental vehicle for transmissions, motors and other parts and applications. In 1968, it was given to Dean Jeffries, who held on to the car until 2013, when it was acquired by Dana Mecum.

In the years since, the car has been fully restored and is currently in exquisite condition. The curvaceous speedster is presented in its original Le Mans livery and features a white base bisected by a thick blue racing stripe bordered by two thin red pinstripes and a matching blue interior. Pop open the hood, and you’ll find an equally beautiful Cobra-spec 289 cubic-inch engine that is mated with a ZF 5-speed gearbox. Other features include a host of rare modifications, like side-mounted engine oil radiators, rear-body exit vents and a more dramatic rear spoiler.

Mecum’s Indy 2020 sale is scheduled to run from July 10 to 20.  If you’re interested in acquiring the ultra-rare speedster, prepare to part with a whole lot of cash, though. The low estimate is $7.5 million.