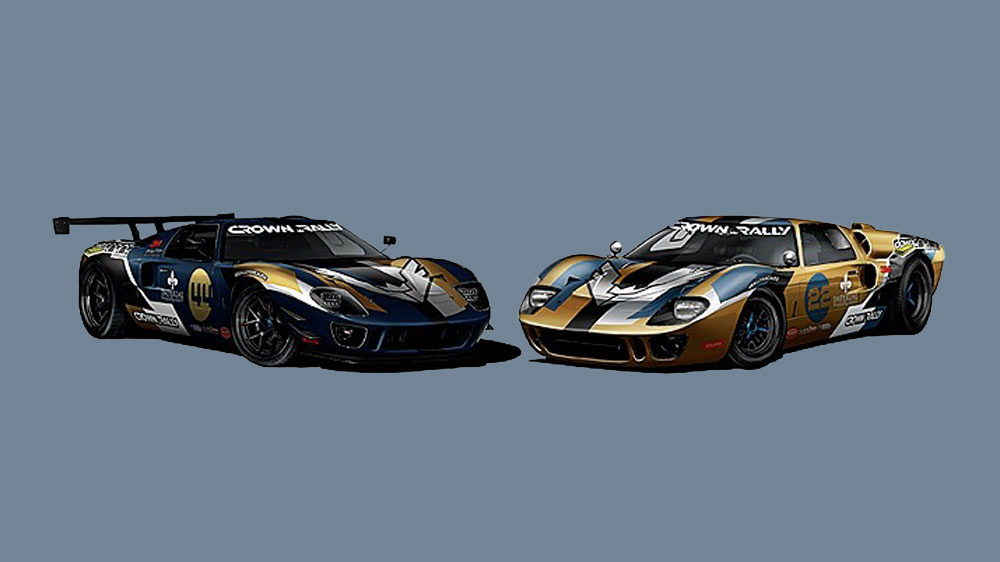 Over the years, opportunities to acquire an authentic 1960s Ford GT40 have been few and far between. Not surprisingly, when those opportunities have come up, they’ve required seven figures for the privilege of ownership. In 2018, for example, RM Sotheby’s sold a 1966 Ford GT40 MK II for almost $10 million, which still trailed the auction house’s 2012 sale of a 1968 GT40 dressed in the iconic Gulf/Mirage racing livery. That particular example sold for an even $11 million.

By comparison, modern-day recreations have proven to be far more accessible and much more affordable. Superformance, in Irvine, Calif., is at the forefront of this movement, and its vehicles have garnered the admiration and respect from auto enthusiasts and collectors, as well as Hollywood. Superformance built the GT40 MK IIs that shared the spotlight with Matt Damon and Christian Bale in Twentieth Century Fox’s 2019 blockbuster Ford v Ferrari. In fact, one of the cars used in that film crossed the Mecum auction block in January and sold for almost $500,000, which surpassed the value of the GT40 MK I Wide Body that the company unveiled four years ago.

The special wraps were inspired by the racing livery for the 2020 Ford GT MK II.  Photo: Courtesy of Downforce Motorsports.

The next Superformance iteration of the GT40 will soon be available, and it’s offered through Downforce Motorsports, a new Superformance dealer located just outside of Columbia, SC. The vehicle’s launch coincides with the 10th anniversary of the Crown Rally South, a 1,200-mile backroads rally that starts in Chicago and finishes in Charlotte. Downforce Motorsports is sponsoring this year’s event and is also participating in it. To celebrate, the company is entering two custom-wrapped GT40 recreations in the competition, which will serve as prototypes for future MKIs or MKIIs built by Superformance.

The special wraps were inspired by the racing livery of the 2020 Ford GT MK II, an aesthetic that Ford emblazoned on just 45 track-only vehicles. But there’s more to these custom cars than just an eye-catching, race livery–inspired body wrap. Under the hood, these GT40s boast a Ford Racing 5.2-liter Aluminator power plant, which marks the first time that a Superformance GT40 has been equipped with such a stout engine package.

The cars are prototypes for future GT40 MKIs or MKIIs built by Superformance.  Photo: Courtesy of Downforce Motorsports.

“This was a great opportunity to get this new GT40 directly next to modern-day supercars and prove that it is as good, if not superior, for an extremely competitive price point,” says Dan Long, president of Downforce Motorsports.

The team behind the collaboration is quick to point out that this is the next step in a continuous evolution of what a modern GT40 can be. It follows in the footsteps of a special edition GT40 MK I that Superformance produced in 2018 to commemorate the 50th anniversary of the car’s victory at Le Mans.

The Downforce Motorsports special edition GT40 will be available for purchase following the conclusion of the Crown Rally South event on October 11th. It carries a price of $205,000.