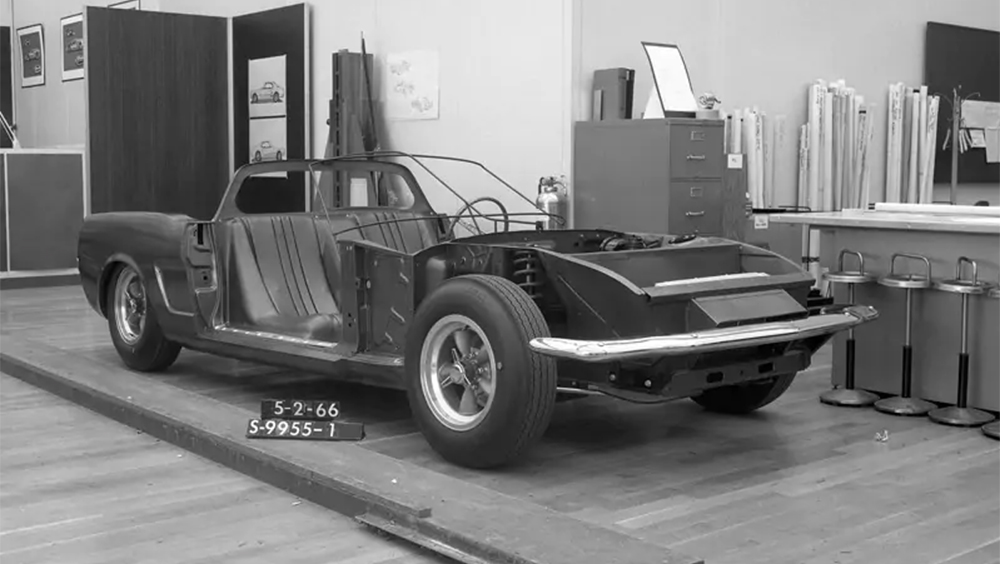 It was a huge deal when Chevrolet unveiled its first mid-engine Corvette last year. But what if the automaker had been beaten to the punch by its rival Ford decades earlier. Turns out the Blue Oval was working on a mid-engine Mustang as far back as 1966, then completely forgot about it.

You’d think Ford automaker would be well-versed in its Mustang history, but it turns out that even the company has some blind spots. That’s why the automaker is asking ‘Stang enthusiasts for help in filling in the backstory behind a forgotten mid-engine prototype of the muscle car it recently rediscovered.

The call for info about the car was recently posted to the Ford Performance website. A blog post explains that the photographs of the prototype, which date back to May 1966, were unearthed five years ago by a since-retired archivist who sent them to John Clor, content manager of Ford Performance Enthusiast Communications. Clor knew nothing about the concept vehicle and found that all the former Ford employees, including the designer of the original Mustang, and other experts he showed the pictures to were equally stumped.

While no one seems to remember the history surrounding the prototype, the black-and-white photos paint a pretty exciting picture. They show a two-seater with a longitudinal Ford small block V8 mounted in the middle, with the transmission and rear differential mounted directly behind it. The photos also show that engineers and designers were using parts based on the 1966 model year Mustang, which is the most concrete thing anyone knows about the car.

Although it’s impossible to tell, the images do hint at Ford taking the car in a sportier direction, similar to that of the De Tomaso Pantera, points out Autoblog. The company wasn’t done with exploring the possibilities of a mid-engine sports car, either, as it revisited the idea with the 1967 Mach 2 concept.

If you happen to have information surrounding the mystery of the forgotten mid-engine Mustang concept, Ford would love to hear from you. The automaker is asking anyone with knowledge about the prototype or its story to reach out to them at ClubHub@Ford.com. The automaker has even offered to send you a special prize in return for information.