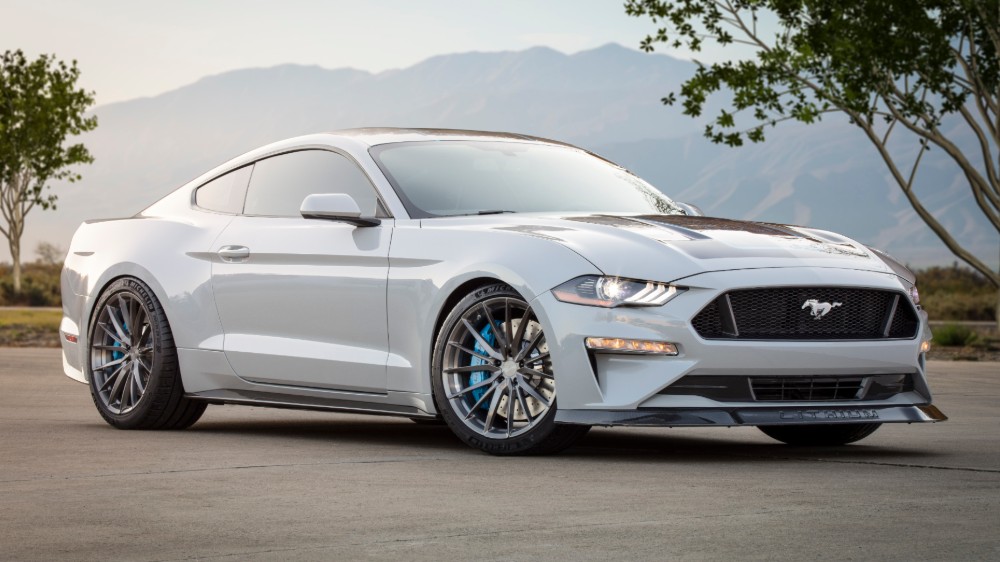 No one needs to remind Ford of the fervor diehard enthusiasts have for the Mustang. Which might explain why the company hasn’t exactly rushed to electrify the iconic muscle car—it knows it can’t mess up. But a new electric Mustang prototype aims to be just what the pony purists ordered.

On Tuesday, Ford debuted at SEMA the one-of-a-kind Mustang Lithium, a the battery-electric speedster made in collaboration with Webasto. The 800-volt battery-powered vehicle produces no emissions and offers plenty of power—specifically, more than 900 hp and 1000 lb-ft of instant torque. But it’s biggest selling point (or gimmick, depending on your point of view) might be what’s between the front seats: a stick shift transmission—or at least a gearbox that emulates a manual transmission.

Ford, it seems, is testing appetite for a brutish prototype that even gear-box loyalists can’t complain about. That transmission, by the way, is the Calimer-version of the Getrag MT82 six-speed, which the Detroit-based automaker described as “drag-strip proven.” Ford did not immediately respond to requests for more details about the transmission and how it works with the electric drivetrain. But an EV gearbox is not without precedent: As this excellent Wired story explains, Porsche’s all-electric Taycan uses a two-speed gearbox to both improve range or boost its top speed.

Of course, while the six-speed stick shift might be marketed to skeptical stang traditionalists, it shouldn’t overshadow the rest of the coupe’s impressive tech. Just like the Tesla Model S-beating Porsche Taycan, the Mustang Lithium’s gets its juice from an 800-volt Webasto battery system that produces plenty of grunt while reducing weight and heat. Drivers will even be able to adjust exactly how much power they’re using on a vertical 10.4-inch in-dash touchscreen, which will let them choose between Valet, Sport, Track and Beast modes.

Under the hood of the Ford Mustang Lithium EV prototype  Ford

“Ford has made no secret of the fact that we are electrifying our most popular nameplates,” said Hau Thai-Tang, Ford’s chief product development and purchasing officer. “This one-off Mustang prototype is a great opportunity for us, together with Webasto, to showcase to our customers what a new electrified powertrain can do for performance in a car they already know and love.”

Unfortunately, Thai-Tang also makes clear the Mustang Lithium is a one-time deal (which may explain the scant details about how the manual transmission works). Still, the electric muscle car and its jaw-dropping specs give Ford enthusiasts something to dream about. And for those who just can’t wait, next week will see the unveiling of a Mustang-inspired electric crossover SUV the company has been teasing for the better part of year. While the SUV is unlikely to compare to the Mustang Lithium, it’s still a sign that an EV version of the beloved car could be on the horizon.

Check out more photos of the prototype below: