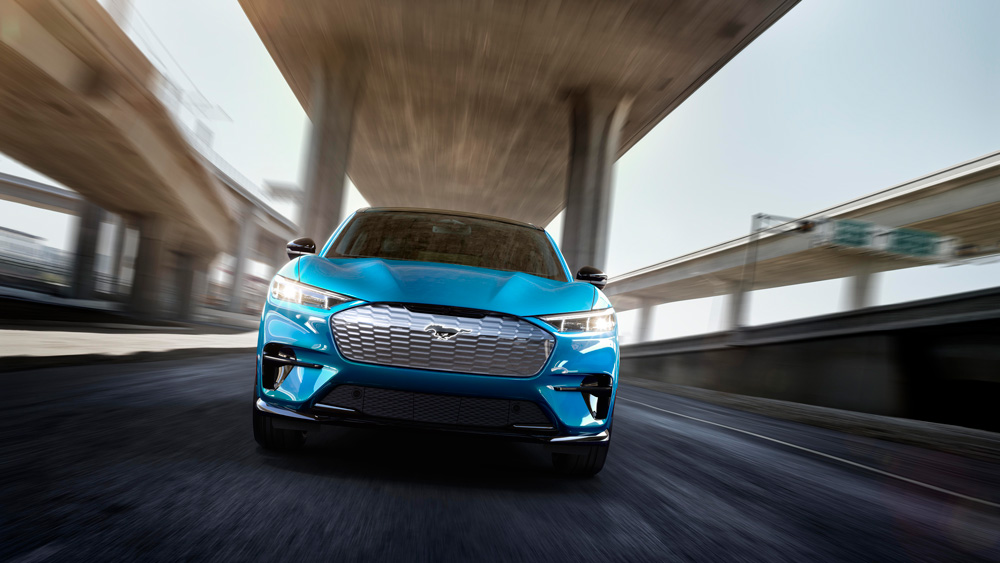 On Monday, the EPA released its certified range numbers for the Mach-E, proving once and for all that the Detroit automaker hadn’t over promised when it quoted a 300-mile range target for the battery-powered crossover. Sure, you’ll need the optional higher capacity battery to hit the mark, but the marque can now officially claim to offer one of the only 300-mile EVs on the market.

The premium Extended Range, rear-wheel-drive Mach-E will be able to go an estimated 300 miles on a single charge, according to a press release. The certified figure makes it only the fifth production EV with a range of 300-plus miles and the first not to have been manufactured by Tesla. That range figure is 102 miles lower than that of the industry-leading Tesla Model S Long Range Plus, but it’s an impressive feat nonetheless.

The 2021 Mustang Mach-E being charged  Ford

While only the Extended Range, rear-wheel drive Mach-E manages to touch 300 miles, the ranges for the other models of the battery-powered crossover aren’t too shabby either. The Extended Range, all-wheel-drive hit 270 miles in testing, while the standard rear-wheel-drive model can go 230 miles per charge, and the standard all-wheel drive model can go 210. That last figure, in particular, may not sound impressive, it’s still more than the Porsche Taycan’s paltry 201-mile range. The EPA has yet to release a range certification for the Mach-E’s California Route 1 variant.

Since unveiling the electric Mustang last fall, Ford has promised to deliver a 300-mile range. Earlier this month, it looked like it wouldn’t be able to deliver on that promise, after it was leaked that the Extended Range, rear-wheel-drive Mach-E topped out at 288 miles during preliminary testing. At the time, a representative for Ford urged patience, telling Robb Report, “We fully expect EPA-certified driving range estimates for the Mustang Mach-E will deliver the targets we have set. We will have more to share later this month.”

Although Ford has yet to announce an official launch date, the Mach-E is expected to arrive in Ford dealerships by the end of the year as a 2021 model. The standard version of the eagerly anticipated crossover starts at $44,995, while a fully loaded version with the Extended Range option can top $60,000.