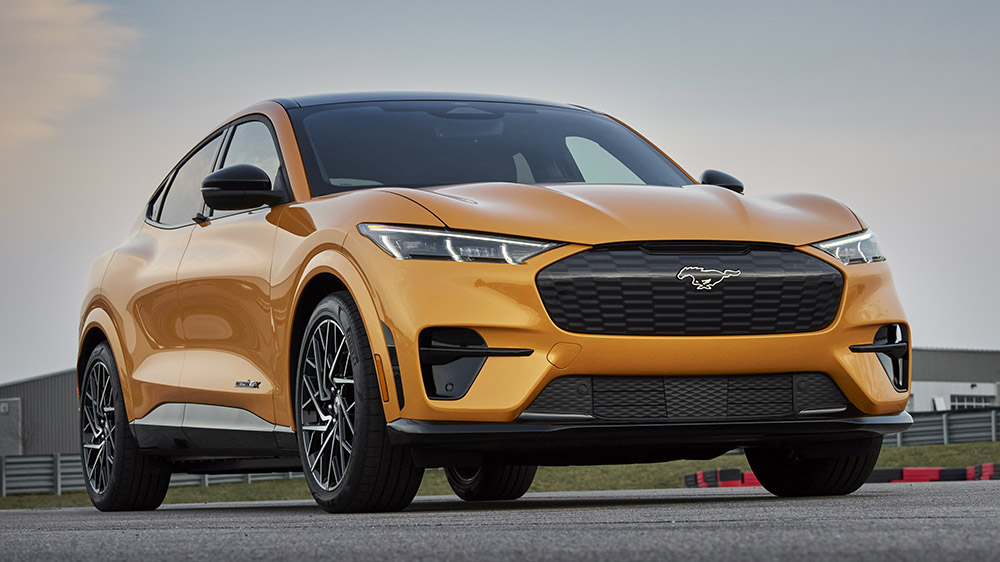 The Ford Mustang Mach-E may be battery-powered, but that’s not stopping it from getting its very own GT variants.

The Detroit automaker kicked off the new week by unveiling two high-performance versions of its first EV—the GT and GT Performance Edition. Set to arrive this fall, both of the electric ‘Stangs will offers a gutsy 480 hp and a special track-focused driving mode.

There’s a trade-off for the added oomph, though. Both variants feature an 88.0-kWh battery pack, but the GT’s driving range is just 250 miles, while the GT Performance Edition can only go 235 miles on a single charge. Neither of those figures should be deal breakers, but they fall well short of the 300- and 305-mile ranges offered by the rear-wheel-drive Extended Range and the California Route 1 edition. Of course, the range figures for both GTs are just estimates, so well have to see how they fare in EPA testing.

Complementing the more powerful two-motor setup on both GTS is a new driving mode called Unbridled Extend. Designed specifically for race tracks and other closed courses, the mode balances power and consistency, allowing you to put up better lap times. Other sporty additions include a MagneRide Damping System that smooths out handling and red Brembo brake calipers.

The GTs don’t look that different from previous Mach-Es except for an illuminated Pony badge. Other subtle tweaks include special badging, 20-inch machined-face aluminum wheels and two new color options—Cyber Orange and Grabber Blue, which was previously only available on the Mach-E First Edition. Inside the EV you’ll find Ford Performance front seats, special stitching (copper for the GT, metallic for the GT Performance Edition), an aluminum instrument panel and a booming Bang & Olufsen sound system.

Prepare to spend more for the more powerful Mach-Es, which are available for pre-order starting Wednesday. While the regular Mach-E starts at $44,995, the GT will start at $61,000 and the GT Performance Edition at $66,000. Considering that those higher sticker prices get the EV closer to the muscle car performance the nameplate is famous for, we’re guess most enthusiasts won’t mind too much.