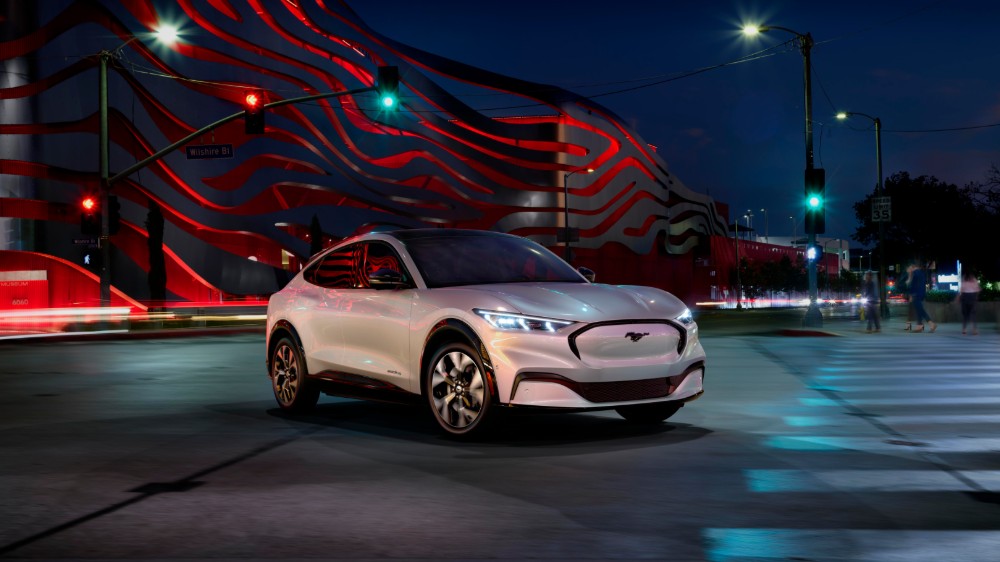 The Ford Mustang Mach-E may not be the electric muscle car some were hoping for, but there’s no denying that the battery-powered crossover has some points in its favor, including a powertrain that brings a gutsy 332 horses and 417 lbs ft of twist. Unfortunately, it’s unclear if Ford will be able to deliver on one of its boldest claims for the SUV.

The Detroit automaker has touted a “targeted” EPA range of 300 miles for the Extended Range, rear-wheel-drive version of the EV since its unveiling last November. But it appears to have come up shy of that mark, according to CNET Roadshow. Instead, documents circulating online on Monday show the crossover topping out at 288 miles per charge.

The website’s reporting is based on a set of range estimate documents posted to the Ford enthusiast website, Mach-E Forum. They show the rear-wheel-drive Mach-E with the Extended Range 98.8 kWh battery pack option only being able to go a maximum 288 miles on a charge, while the all-wheel-drive version with the same add-on tops out at 250 miles. Ford has previously mentioned ranges of 300 and 270 miles for the two models, meaning the EVs missed their targets by four and seven percent, respectively.

Of course, a 288-mile range is nothing to sneeze at. In fact, those numbers would make the Extended Range, rear-wheel-drive Mach-E the fourth-longest-range EV on the road, slotting comfortably between the Chevrolet Volt compact hatchback and Tesla Model Y crossover. But the 300-mile target Ford has promised has been a selling point for the EV, especially since no one but Tesla has broken that barrier with a production vehicle.

It should be noted that the figures reported by CNET are not the EPA’s final published numbers. When reached for comment by Robb Report, a representative for Ford pointed out that the numbers are from an emissions test on a dyno meant to simulate worst case road load. “We fully expect EPA-certified driving range estimates for the Mustang Mach-E will deliver the targets we have set,” the company said in a statement. “We will have more to share later this month.”

Although we’re still waiting on an official date, the Mach-E is still expected to arrive in Ford dealerships by the end of the year as a 2021 model. The standard version of the eagerly anticipated crossover starts at $44,995, while a fully loaded version with the Extended Range option can top $60,000.