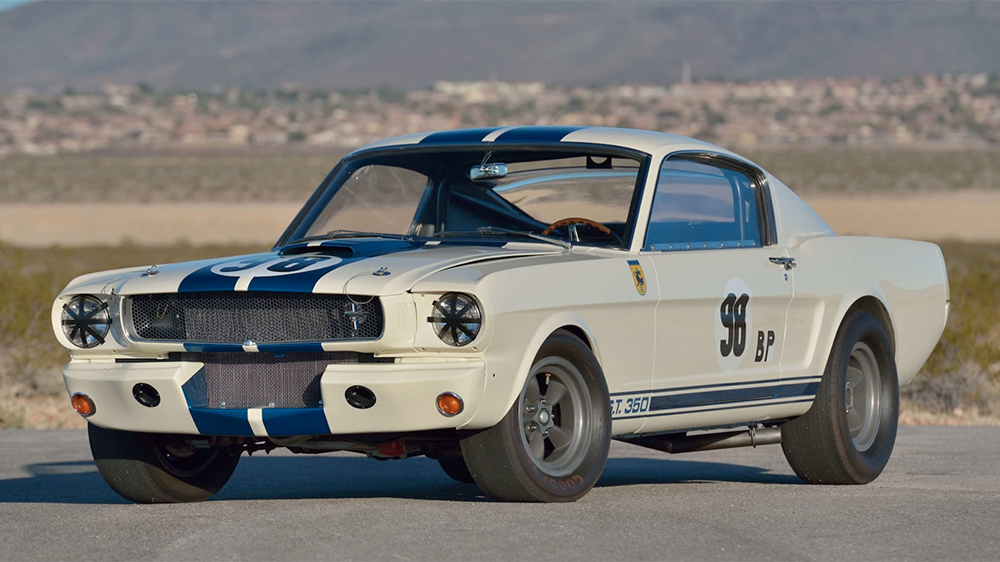 While the 1968 Ford Mustang GT Steve McQueen drove in Bullitt may always be the coolest Mustang of all time, it can no longer claim to be the most expensive. That title, which it held until this past weekend, now belongs to first Shelby GT350R.

Considered the most historically significant Mustang, the 1965 GT350R prototype sold for a breathtaking $3.85 million at Mecum Auction’s Indy 2020 sale on Friday. The “Flying Mustang,” as it was affectionately known, was the first example of the muscle car built for competition, the first to win a race and was also driven extensively by Ken Miles, the legendary race car driver who was portrayed by Christian Bale in last year’s Ford v Ferrari, during development.

This specific GT350R, production code R5002, played a crucial role in the Mustang’s evolution from fun car for young drivers—some initially wrote it off as a “secretary’s car”—to one of the the most iconic muscle cars of them all. It was designed by Carroll Shelby to qualify for and compete in the SCCA Production Sports Car series, which it would do to great success. But it was also used as a factory engineering mule to test parts for the R-model ‘stang and as a demo car for potential customers. In 1966, it was sold to a Ford employee but would race for a few more years before almost all but disappearing from public view for the next few decades.

The car underwent a heavily researched restoration in 2014 for the Mustang’s 50th anniversary and would take home a Best in Class award at that year’s Amelia Island Concours. Finished in Wimbledon White, it’s topped with two blue racing stripes, and has gumballs, with the number 98 on the hood, doors and trunk. Inside, you’ll find a barebones racing-style interior with black leather seats, a wood-rimmed steering wheel and period-correct gauges and dials.

The hammer price for the R5002 was reportedly $3.5 million, with fees pushing the sale to $3.85 million. That comfortably eclipses the $3.74 million—$3.4 million plus fees—that the Bullitt Mustang sold for back in January and Mecum’s Kissimmee sales event.