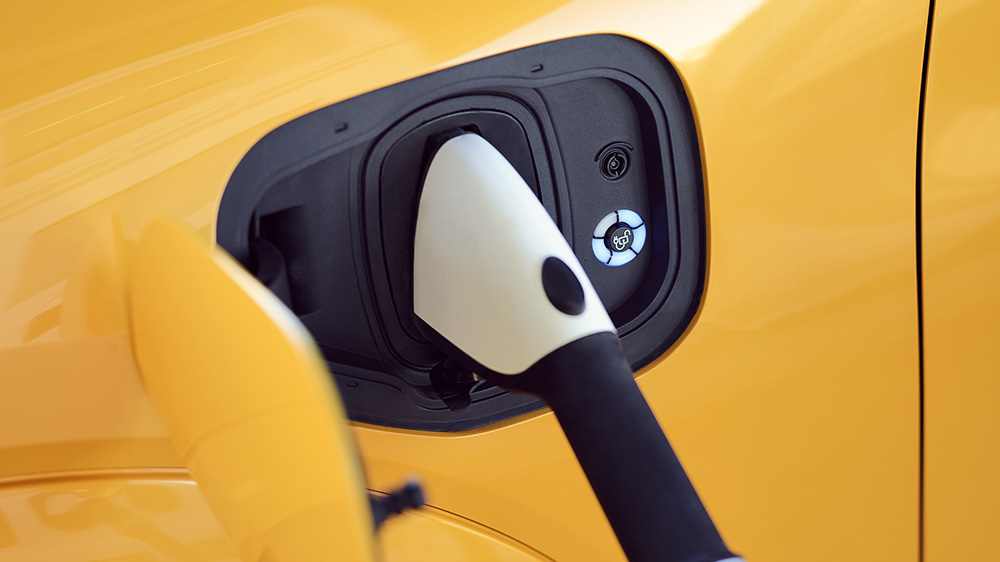 Ford may have just figured out a way to get rid of range anxiety once and for all.

The Detroit auto giant has teamed up with Purdue University to build a prototype of a cable that could fully charge an EV’s battery in just five minutes. There’s still a lot of work that needs to be done, but the cable could help overcome one of the last major obstacles standing in the way of battery-powered cars achieving mass acceptance.

EV driving ranges may finally be reaching acceptable levels, but slow charging times still make some drivers wary. The last couple years has seen charging times improve dramatically, but they’re still not great, especially when compared to the five minutes it takes to fill up a gas-powered car. Right now, the best you can hope for is around 20 minutes when connected to a DC fast charger. It’s even worse when you’re home. The Ford Mustang Mach-E is one of the more in-demand EVs on the market, but it takes 11 hours to charge to full capacity at home, even when connected to a Level 2 charging setup.

This is due in no small part to the fact that current charging cables just can’t handle the heat generated by the amount of power that would be needed to charge an EV as fast as gas can fill up a car. The cables connected to the Tesla Supercharger—currently the industry’s best charger—can handle a maximum of 520 amps of current. Ford and Purdue’s solution: Come up with a better method of cooling charging cables.

The new cable, which is creation of engineering Professor Issam Mudawar and his students, utilizes a liquid coolant that changes to vapor as it heats up, according to a press release. The automaker didn’t go into too much detail about how this process works, but the new cable could handle up to 2,400 amps of current, which would result in charging times four times faster than is possible with the cables connected to Tesla’s supercharger. That would cut charging times to as low as five minutes.

Unfortunately, you won’t be able to fill up your EV that quickly anytime soon. In addition to Ford and Purdue’s cable—for which a patent is currently pending—new chargers and batteries capable of safely dealing with that much current will need to be developed. Still, the ability to fully charge a battery powered vehicle in minutes is now a very real possibility.