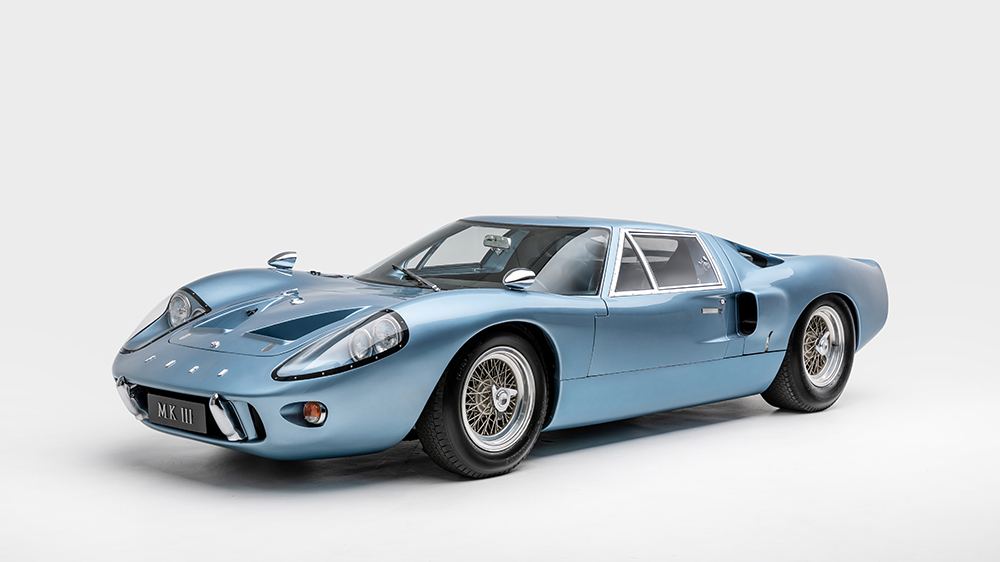 Next week, moviegoers across the country will finally get to see Ford’s legendary victory over Ferrari at Le Mans in 1966 brought to the silver screen in Ford v. Ferrari. But if the eagerly anticipated movie isn’t enough for you, you can see the cars that inspired the film in person at the Petersen Automotive Museum.

In the lead up to the movies’ release, the Los Angeles museum is displaying five cars essential to the true-life story behind the movie. Each of the beautiful cars played a pivotal role in the long-running rivalry that culminated in Ford’s famous 1-2-3 victory at Le Mans that year.

The cars on display include a 1952 Ferrari 212/225 Barchetta, one of which was ordered by Henry Ford II and is believed to have inspired the look of the 1955 Ford Thunderbird, and a 1967 Ford GT40 Mark III (pictured above), the road version of the race car that pushed the American brand to victory. Also displayed are a 1957 Ferrari 625/250 Testa Rossa, a 1961 Ferrari 250 GT SWB SEFAC and a 1962 Shelby Cobra, all of which are part of the Winning Numbers exhibit of famous road and race cars from the private collection of Petersen Founding Chairman Bruce Meyer.

“The story of Ford’s triumph over Ferrari at the 1966 24 Hours of Le Mans will be told for generations,” said the museum’s Executive Director Terry L. Karges. “We’re excited to see the film, but we’re most excited to offer fans of the movie an opportunity to see the cars that will be in the film and learn about other vehicles that are pivotal to the ‘Ford v Ferrari’ backstory.”

While the Barchetta and GT40 Mark III will be on display for the foreseeable future, the Winning Numbers cars will only be on display through January 19, 2020. Check out more of the cars below: