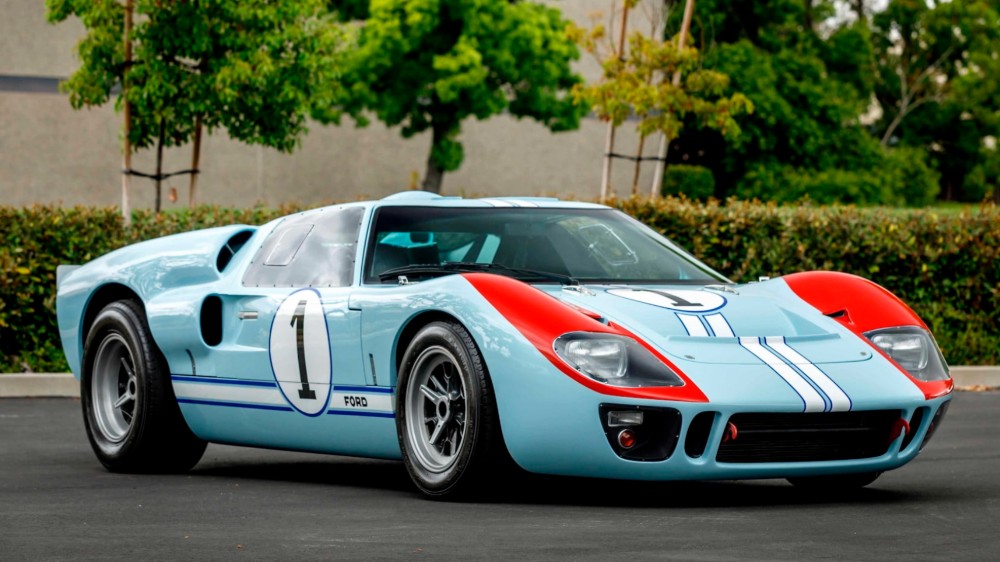 Ford v. Ferrari may be headlined by two Oscar winners, but the real star of the film is a Ford GT40 MKII. And now the car that legendary race car driver Ken Miles used to finally beat Ferrari, or at least an inch-perfect recreation of it, could be yours.

Early next year, the replica of Miles’s hero car that was used in the filming of the James Mangold-directed drama is set to hit the block as part of Mecum Auctions’ Kissimmee 2020 sale. The gorgeous reproduction is the same one featured in the film’s climactic scene at the 1966 24 Hours of Le Mans.

Starring Christian Bale as Miles and Matt Damon as Carol Shelby, Ford v. Ferrari tells the exhilarating true story behind the American automaker’s attempt to build a car that could finally beat the Italian speed legends at Le Mans. That car was the GT40 MKII, which would go on to claim 1-2-3 victories at Daytona, Sebring and Le Mans that year (though, spoiler alert, Miles controversially finished second in the last race).

One of two GT40 MKIIs built for the film by Irvine, California-based Superperformance, the car, which is finished in the iconic Gulf Blue livery, is an exact recreation of the one driven by Miles at Le Mans and was actually driven by Bale during filming. The working-vehicle is powered by an 8.3-liter 427IR V8 engine—much bigger than the 7.0-liter V8 in the original—capable of producing 600 hp. That beast of an engine is paired with a five-speed manual transmission, high-performance vented disc brakes, independent front and rear suspensions, and an authentic “Bundle of Snakes” exhaust system. It also features the same riveted Alcantara seats and instrument panel as the 1966 race car.

Used for close-ups and again to promote the film, Superperformance’s replica GT40 MKII also comes signed by Miles’s Le Mans crew chief, Charlie Agapiou, and his son Peter. The stunning car is one of 3,500 vehicles that will be auctioned off by Mecum between January 2 and 10 in Kissimmee, Florida.