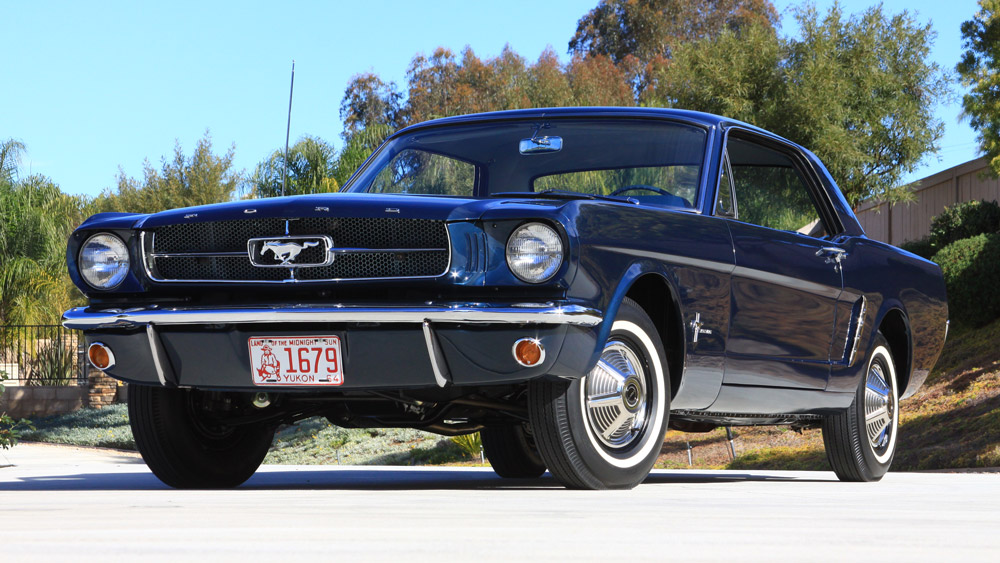 After more than half a century and 10 million examples built, the Ford Mustang is still going strong, both as a contemporary production vehicle and as a collectible automobile. On the latter topic, Barrett-Jackson has played a pivotal role in that story. In 2006, for example, the company sold a 1968 Ford Mustang 428 CJ Fastback for $522,500, only to surpass that amount the following year when it hammered down a 1969 Ford Mustang Boss 429 Fastback for $605,000.

Later this month, as part of its annual Scottsdale auction, Barrett-Jackson will once again give Mustang enthusiasts and classic American automobile collectors a chance to own a significant piece of Mustang history when a 1965 Ford Mustang, the first pre-production hardtop model, rolls across the block on January 19. Like the vast majority of the more than 1,800 vehicles that Barrett-Jackson will offer for sale, this revolutionary American classic will be offered with no reserve.

Set upon a hand-built chassis that was constructed in January 1964, the prototype Mustang coupe includes numerous components stamped with codes that date as far back as the previous summer. According to Barrett-Jackson’s chairman and CEO Craig Jackson, those components—along with the hand-built nature of this car—provide insight into the strategies, thought processes, and philosophies implemented by Ford’s team of engineers and designers as it conceptualized the soon-to-be-iconic automobile.

The car’s hand-built chassis was constructed in January 1964.  Photo: Courtesy of Barrett-Jackson.

Although this example was the first production Mustang with a six-cylinder engine, the car wasn’t constructed with many bells and whistles, which likely explains why it took months for the car to sell off of a Canadian dealership’s showroom floor. In Jackson’s opinion, the fact that the car was even offered for sale—and not eventually destroyed by the Detroit automaker (or retired to the Henry Ford Museum)—is remarkable. Jackson also believes that the car’s simplicity makes it a desirable collector’s piece. “It’s not so much what’s in it,” Jackson says of the car, “but what changed after it. This is a time stamp of what they thought was the best thing to do at that time. This car is a piece of history. It was the start of the Mustang, which became a cult car for generations. This is the nexus of that.”

The interior, awash in a sea of blue.  Photo: Courtesy of Barrett-Jackson.

Jackson describes the car as “iconic” and a “gem for any Mustang collector,” and believes that it belongs in a select group of rare Mustangs and Carroll Shelby-built automobiles, including Shelby’s personal 1969 GT 500 Convertible, which Barrett-Jackson sold for $742,000 in 2008.

Because it’s not equipped with power steering and because it showcases some unique finishes, like lead-filled body seams, which were typically used for show cars or automotive displays, the Mustang prototype isn’t well-suited for daily use; however, Jackson still believes it’s a car that any future owner should drive—and would enjoy driving—albeit on a limited and very careful basis. “It’s only original one time,” he says, “so exercise it sparingly.”