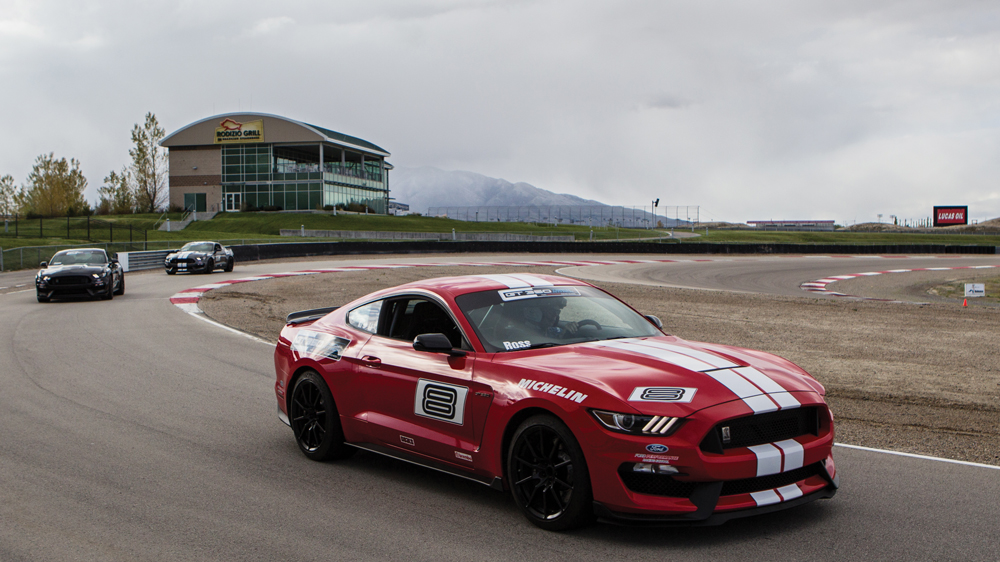 The 1965 Shelby G.T. 350 changed the perception of the original Ford Mustang, which Carroll Shelby initially dismissed as a “secretary’s car” when Ford president Lee Iacocca asked him to transform it into a racecar. Shelby’s modified Mustang was a competition champion, and while only 562 examples were produced for that first model year, the G.T. 350 name—like its bellowing side-exit exhausts—still resonates with performance enthusiasts.

Ford revived the Shelby GT350 (minus the periods and space in the name) and added it to the Mustang lineup in 2015. So that owners can fully appreciate the capabilities of their new toy, Ford now offers a complimentary one-day track-and-classroom experience (and a dinner reception the evening prior) called GT350 Track Attack. It takes place at the Ford Performance Racing School at the Utah Motorsports Campus in Tooele, Utah, about 30 miles from Salt Lake City. Buy a new GT350, get to (and from) the track on your own nickel, and Ford will provide you with supervised track time on the circuit in a race-prepared GT350.

Ford’s driving instructors—racers themselves—began the session I joined by going over such basics as driving gear, seating and belts, signals, and track rules. We then explored vehicle dynamics such as a steering-braking-throttle equation, learning the relationship of one to the other and the consequences of each. The physics of weight transfer, oversteer and understeer, and cornering theory were explained in the classroom and demonstrated on the tarmac. We practiced the best lines to follow into and out of the turns, did exercises to establish the optimal braking points, and worked on heel-and-toe shifting.

The day ended with hot laps and a graduation ceremony. Unlike other Ford Performance Racing School courses, this one is available only to those who purchase a new GT350. For an additional fee, you can bring driving or non-driving guests, and you can add a second day of driving.