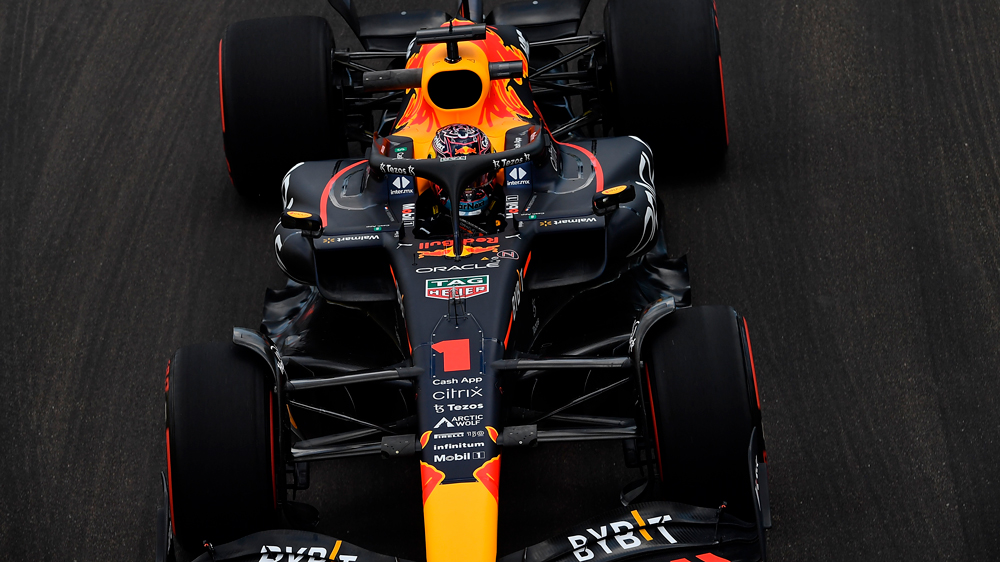 There’s a renaissance occurring in the US, a cultural awakening to the international fervor that is Formula 1—and it’s at full throttle. Launched in 1950, the world’s top-tier motorsport has always lagged in the rearview when it came to stateside popularity, especially compared to homegrown NASCAR and IndyCar. That is, until now.

“Formula 1 was always very tightly controlled and did not have a lot of access to fans, and we’ve tried to change that,” says Greg Maffei, president and CEO of Liberty Media, the company who bought Formula 1 in 2016 for a reported $4.4 billion. In a recent panel discussion with Robb Report and Sportico, Maffei went on to say: “Some things we were smart with, like fan experiences, e-racing and fan festivals; some things we got very lucky on, like Drive to Survive [the Netflix reality-TV show], which built a whole new base of a much younger and gender-diverse audience. Lastly, the product on the track has gotten a lot better; we’ve seen a lot of competitive racing.”

The circuit for the 2022 Formula 1 Miami Grand Prix.  Kirby Lee

Indicative of this seismic shift in what’s traditionally been a Euro-centric race series, boasting storied names like Ferrari, McLaren and Alfa Romeo, is this weekend’s inaugural Miami Grand Prix. And looking to further build its own legacy is the relatively new yet already dominant Red Bull Racing team which has partnered with Swiss watch brand Tag Heuer. The six-year-old relationship, extended through 2024, has just experienced it greatest success to date last season.

Even many unfamiliar with racing got drawn in to the drama of the 2021 campaign and the rivalry between seven-time champion Lewis Hamilton, with Mercedes-AMG Petronas, and Red Bull’s Max Verstappen. Reflective of their incredibly close battle for supremacy all year, Verstappen took the 2021 Drivers’ Championship title on the last lap of the last race, but not without enough controversy to have race director Michael Masi eventually replaced.

That backstory promised to fuel a renewed dual between the rivals this season, but regulation changes to the cars have seemed to hamper Mercedes. And Red Bull’s Verstappen has been boom or bust, failing to finish two of the four races so far, though winning both he’s completed. So far, the fledgling season has Ferrari and its driver Charles Leclerc leading in the Constructors’ Championship and Drivers’ Championship, respectively, while Red Bull and Verstappen hold second place in each.

Saturday’s qualifying fell lockstep with the overall standings. On a day with temperatures peaking at 92 degrees and nearly 50 percent humidity, several racers were knocked out of the top ten starting positions early, including Alpine’s Fernando Alonso, Mercedes’s George Russel and Aston Martin’s Sebastian Vettel. Near the end of the third and final qualifying stage, Verstappen was in pole position until oversteer with his car resulted in Ferrari’s Leclerc and Carlos Sainz garnering the top two spots for Sunday, while Hamilton will start in sixth.

“You do two runs in the final qualifying, and there was a moment in turn five, so the second run didn’t really turn out,” Verstappen told Robb Report later in the evening. When asked about the new changes to the cars for 2022, Verstappen says, “the racing, in general, is a bit better this year, you can follow better; the cars are heavier, which is not great, but as long as the racing is better, I think that’s what we all wanted.”

Hoping to manifest Red Bull’s goal of dominating the track around Miami’s Hard Rock stadium on Sunday, Tag Heuer has laid claim to the Miami Design District’s Jungle Plaza and transformed it into a go-kart circuit complete with machines not unlike the ones that gave Verstappen and Hamilton their own competitive start at a young age. In line with Maffei’s comments about fostering greater interest in Formula 1 through enhanced experiences, Tag Heuer has opened the venue to the public, free of charge, with roughly 350 aspiring racers cycling though each day since May 3.

“We really wanted to take part in the activation of the first-ever Miami Grand Prix, which is why we put together this go-kart experience,” says Benjamin Beaufils, president of Tag Heuer Americas. “We needed to give the sense of racing to the local community.”

On Saturday night, the atmosphere of collaboration between the two brands was fueled even more when Verstappen and teammate Sergio “Checo” Perez both clocked a few laps in the all-electric rides. Says Beaufils, “They started their careers in go-karts, Max was seven years old and Checo was six, so I think it brought back a lot of memories for those two.”

The mini circuit also features a mural backdrop of Verstappen’s race car artistically reimagined, along with gas-pump-like displays of Tag Heuer timepieces that pay tribute to automotive competition—the latest being its Formula 1 Red Bull Racing Special Edition. The commemorative watch—sporting a 43 mm brushed-steel case—features aesthetics specific to the team’s livery, duplicated with the blue sun-brushed dial and red accents. Splashes of yellow take the form of the 1/10 second chronograph at the six o’clock position, and the central second hand. The other two counters comprise a second indicator at three o’clock and a minute counter at nine o’clock.

Additional motorsport-inspired embellishments on the watch include the Arabic indexes reflective of those on a speedometer, and the starting-line grid markers above the five o’clock and seven o’clock positions. Along with Formula 1 badging on the face, the blue tachymeter fixed bezel is fittingly engraved with the word “Speed,” while the caseback is inscribed with the special-edition moniker and Red Bull Racing logo.

“When you look at the DNA of both Tag Heuer and Red Bull in terms of performance and being avant-garde, it’s such a match from that perspective,” says Beaufils. And the fact that we have the worldwide champion in Max is a perfect fit for us.”

How does the current title holder feel about this new race in Miami? “The city is amazing,” says Verstappen, though he adds that “the course is challenging because of very low grip, but not a lot of fun.” Perez agrees, saying, “the tarmac is not spectacular, if you go a bit off line, you tend to lose downforce.” Regardless of whether Red Bull’s duo has a winning time, the roughly 85,000 spectators certainly will when the action starts at 3:30 p.m. ET this afternoon.