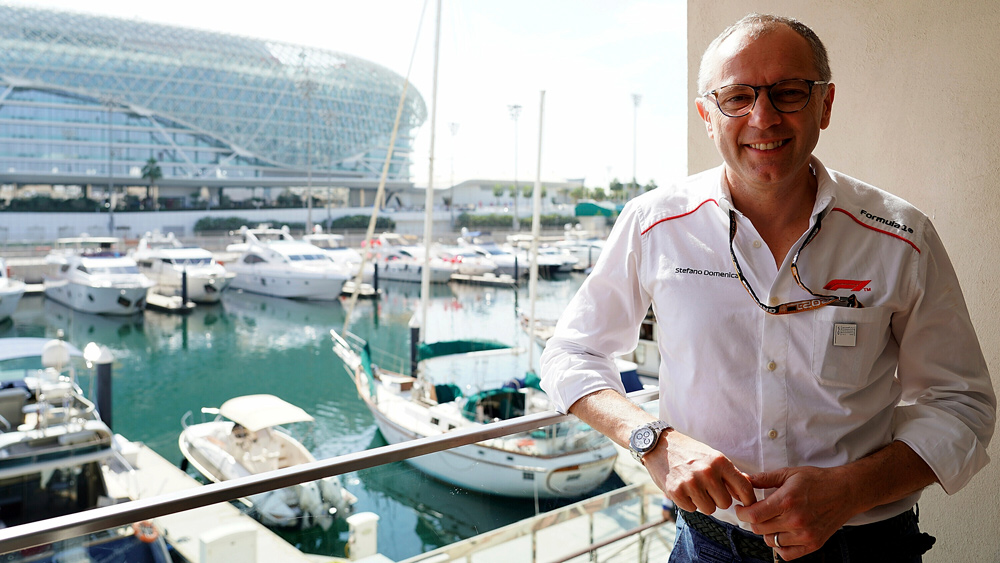 As Formula 1 battled to keep the show on the road through a global pandemic, Stefano Domenicali became the affable new CEO of the Formula 1 Group, taking over from US media mogul Chase Carey earlier this year. The 56-year-old Domenicali was hired by Liberty Media to take the sport into a new era, yet he will need the management skills he honed from 23 years at Ferrari to keep the sport on track through a major overhaul in 2022.

Domenicali spent his last six years at Ferrari as its team principal, before leaving in 2014 to join the Volkswagen Group, which was at that point of conducting a feasibility study into a potential Formula 1 entry. That prospect disappeared in 2017, when VW was engulfed in the “dieselgate” scandal, and Domenicali moved on to head up Automobili Lamborghini.

When Formula 1 came calling again late last year, however, Domenicali answered. And his first season in charge was among the most memorable in the sport’s history, as Lewis Hamilton and Max Verstappen dominated the field and went into the final race, the 2021 Abu Dhabi Grand Prix, locked in a tie for points. Although the latter contest had a controversial finish, Formula 1 in general has experienced a renaissance as far as interest, and Domenicali is looking ahead to next season, which starts in Bahrain on March 20.

Is Formula 1 seeing a need to attract a younger audience and, if so, what is it doing to accomplish this?

That is something we are already seeing, especially with our approach through social media and e-gaming. The Netflix series Drive To Survive has captured [interest] with a huge new—and younger—audience.

From the fan experience, what are some of the notable changes we can expect at races, if any?

We are already seeing changes that weren’t expected in the short term, such as younger fans at the grand prix. To cater for this new type of audience, F1 wants to make the weekends a more attractive spectacle, with music events and a more festival-like atmosphere.

With Austin and Miami as new venues in the US, what other expansion is planned for the future?

Where races take place could change because Liberty [Media] wants to push the bar to an even higher level. Therefore, the new venues offer such fantastic events that the older, more traditional venues are having to step up their game. That’s the beauty of this current situation—everyone is motivated to be better.

The start of the Formula 1 Ooredoo Qatar Grand Prix 2021 at the Losail International Circuit in Doha.  Photo by Hasan Bratic/picture-alliance/dpa/AP Images.

How important is the North American market to Formula 1?

North America and Asia are two important regions for developing the business, but we’ve also had big interest from South Africa. China and South Korea offer a massive younger audience, so there is plenty of potential on a global scale. It doesn’t matter if a race has been held at the same venue for 100 years—that’s not relevant anymore.

Next year, teams face a cost cap and reduced aerodynamics to promote closer racing and more overtaking. How important are these changes?

There’s no doubt that the changes will be very important, from a sporting prospective and commercially. The aim has always been to try and ensure we have even more spectacular races, that the drivers are closer on the track, and 2022 is a moment to reset. The bigger teams will have to change their mindset to a position where they cannot spend as much as they used to.

What do you find more difficult, running a Formula 1 team or overseeing all of Formula 1?

Both are hard, for sure. The magnitude of this business is challenging and the responsibility is big. I don’t want to say this job is difficult, but it is complex. There are a lot of variables to be taken into consideration, especially making decisions from both a tactical and strategic position. There is much to manage, including the interests of the fans, the teams and the shareholders. The opportunity we have next year to link everything together is a big chance to grow the sport.