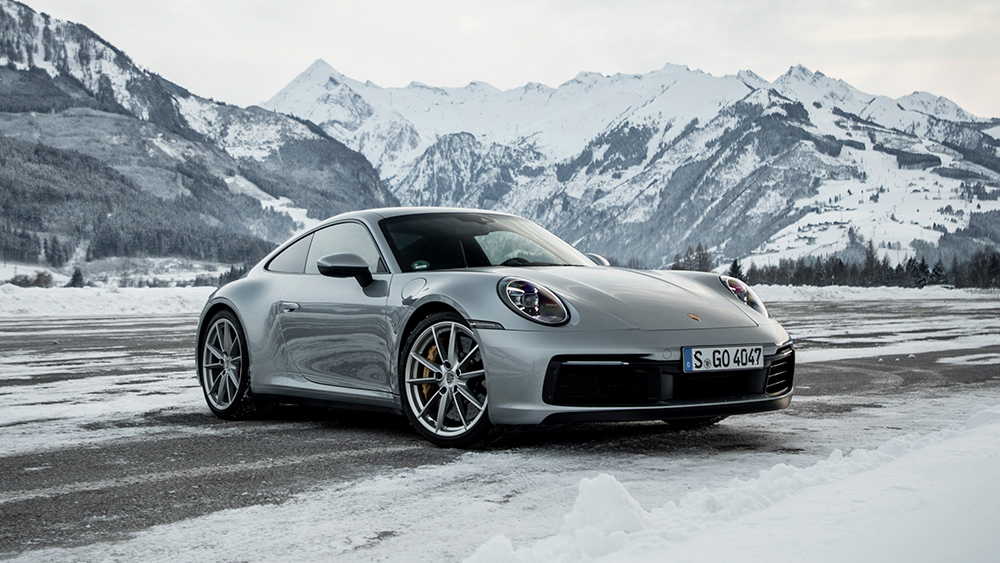 Last year brought us a mountain of fantastic sports cars, like McLaren’s terrestrial rocket, the 600LT, and the bombastic Ferrari Pista; luxury saloons including the new Audi A8; and handsome utility vehicles such as the new Mercedes-Benz G-Wagen; alongside more polarizing designs that included the Rolls-Royce Cullinan and the Lamborghini Urus. It’s a new year and there’s a slew of exciting, new vehicles that’ll be emerging in the coming months. Here are five 2020 models Robb Report is looking forward to sampling.

Synonymous with extreme luxury married to eye-watering speed, the Bentley Continental GT hardtop refresh that debuted last year didn’t disappoint. The Crewe crew have essentially produced an all-new steed, one that uses the Porsche Panamera platform as an underpinning. Propulsion comes in the form of a 6.0-liter W-12 twin-turbo that generates 626 hp and a staggering 664 ft lbs of twist, from very low in the revs. Nothing will change below the beltline in the drop-top variant, but Bentley engineers have no doubt worked tirelessly to ensure a quiet ride, even with the cabin fully exposed to the elements. We can’t wait to experience the 3.6 zero-to-60 tear with just a hint of wind pinning our hair back.

The eighth generation of the 911 to emerge since the model’s inception in 1963 is a handsome one, with an exterior refresh imparting the new 992.1, a futuristic aesthetic that won’t feel dated as it ages. Under the face-lift, new tech tweaks like wet mode that can hear raindrops and improved aero help improve on already superb handling and performance. Powered by a 3.0-liter twin scrolling flat-6 (good for 443 hp and 390 ft lbs), this may be one of the last combustion-only power trains, and there’s already a void in the transmission housing, likely awaiting an electric motor to create a hybrid version for the 992.2.

What do you get when you take the sleek design of the road-eating Mercedes-AMG GT sports car and stretch it to a four-door variant? The Mercedes-AMG GT 63 and 63S. Merc has affectionately dubbed it the four-door coupe, and we’ll let that nomenclature slide here because the body lines loosely apply. Behind that menacing face and under that elongated bonnet sits a 4.0-liter twin-turbo V-8, good for 577 ponies in the 63 and 630 in the 63S. Rear steering carries over from its two-door cousin along with active aero low in the front fascia, and an electronic locking rear differential will help facilitate dreamy drifts.

A scant 500 units are expected annually when Polestar’s production line fires up in the middle of this year, but that’s not because the Volvo spin-off can’t handle the demand. The real reason for the limited volume? Extensive carbon fiber bodywork is labor-intensive. The design is the apex of Scandinavian sensibilities: simple, elegant, and striking. The 592 hp hybrid grand tourer will feature two electric motors driving the rear wheels combined with a Volvo Drive-E 2.0-liter, 4-cyl combustion engine, pushing the front. The power train produces a total of 737 ft lbs of yank, so expect it to be quite sporty.

Taycan, which loosely translates to “lively young horse” in Turkic, harks back to the rearing steed on the Porsche crest, but that meaning could pull double duty, if applied to the model’s place within the Volkswagen AG ecosystem. The alluringly designed Taycan represents the first real sports car in the $50 billion push toward VW’s promise of 50 all-electric units by 2025. The Taycan’s twin electric motors promise some 600-plus horses that’ll shoot the four-door to 60 in the sub-four-seconds range. Slower than a Tesla P100D’s 2.4 shuffle? Sure, but Porsche may reign supreme when it comes to reliable, repeat sprints, unlike the Tesla. Demand for the Taycan was so overwhelming that Porsche recently confirmed it’s doubling production efforts to 40,000 units right out of the gate. Giddyup.