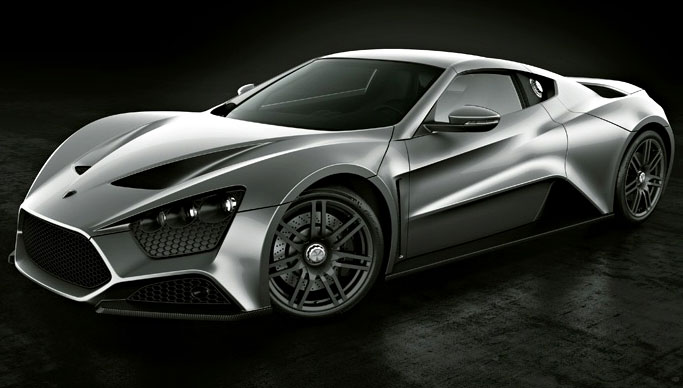 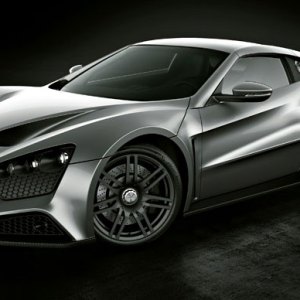 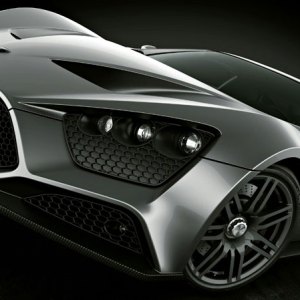 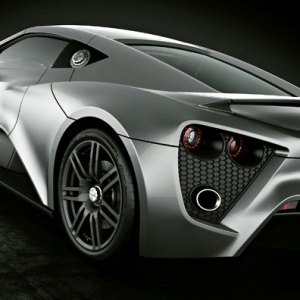 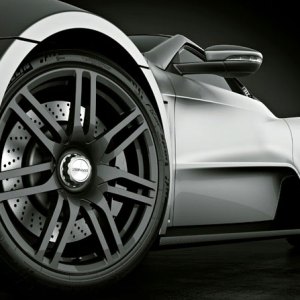 You might be forgiven for drawing a blank at the mention of the name Zenvo, but the boutique European automaker is poised to make its existence known in a big way. The company’s ST1 supercar the first exotic sports car designed, engineered, and built in Denmark debuted in 2008 with a startlingly futuristic shape, 1,104 hp from a turbocharged 7.0-liter V-8 engine, and a $1,225,000 price tag. As if the ST1’s utter exclusivity (production is capped at 15 cars) and stratospheric specifications weren’t dazzling enough, Zenvo now unveils the ST1 50S, a special edition created for the North American market and sold in the United States by Red Sea Distribution of Anaheim, Calif. With production limited to three vehicles one red, one white, and one blue the overachieving ST1 50S promises to make the vaunted Bugatti Veyron seem positively common. The ST1 50S benefits from engine revisions that bump output to a staggering 1,250 hp and 1,106 ft lbs of torque. The ferocious V-8 (which, Zenvo is quick to point out, is meticulously crafted in-house) is matched to a Formula One–style paddle-actuated 7-speed transmission. The company claims the car’s Veyron-humbling muscle will yield appropriately mind-altering performance figures: the ST1 50S will make the sprint to 60 mph in less than three seconds and punch on to a top speed of 233 mph—electronically limited for the sake of its tires. The ST1 50S is priced at a dizzying $1.8 million (that’s about $4,000 for each of the 50S’s 146 additional horsepower), and for good measure, each car comes with a special Swiss-made Aspen wristwatch, valued at $49,000. (redseadistribution.com; zenvoautomotive.com)