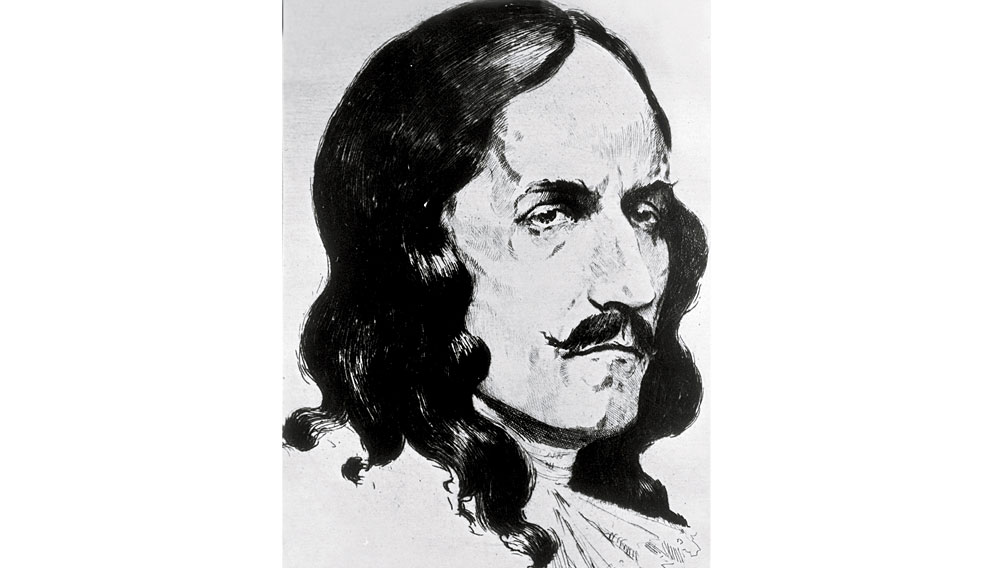 Even before revolution liberated the bodies of numerous highborn Frenchmen from their heads and sent others scurrying to the opposite side of the Atlantic, the cadet sons of noble houses sought the fortunes they could not inherit in the wilds of New France, which extended from Quebec to the Mississippi Delta. One such trailblazer was René-Robert Cavelier, sieur de La Salle, who became an explorer for the French Crown in the New World. His many accomplishments included naming—and claiming—the vast Louisiana Territory for Louis XIV in 1682, but he is perhaps better remembered today for posthumously lending his name in 1927 to the stylish LaSalle motorcar, the brainchild of General Motors designer Harley Earl. The explorer’s lineage and romantic association with the frontier from which the automobile capital of the world was hewn doubtless proved irresistible to GM’s brass, who had effectively co-opted the surname of another patrician pioneer for the Cadillac division, whose CTS-V Coupe is featured in this year’s Robb Report Car of the Year competition (see page 95).

A company brochure printed the same year Earl’s new vehicle debuted asserts that, like La Salle, French aristocrat Antoine de la Mothe, sieur de Cadillac (pictured), “possessed a pioneering, roving spirit.” At the age of sixteen, this intrepid gallant enlisted in the army, where he heard tales of the New World that “appealed to his adventurous nature and eventually drew him to these shores.” Of the many services Cadillac performed for his sovereign in America, the text proclaims, none proved more vital to the future of Western culture as his canoe trip on the Rivière du Détroit, a strait connecting Lake Huron with Lake Erie, where he conceived the idea of establishing a fort. “Little did the French pioneer think that he was founding . . . the greatest and largest manufacturing city in the whole world,” the brochure continues, reminding us that “the name of Cadillac, the man” might have been forgotten had not “the motor car bearing his crest . . . carried the name to all four corners of the Globe.”

But if these cars were distinguished, their namesake’s lineage, in fact, was not: Cadillac and La Salle were coevals but not coequals. The former was actually born Antoine Laumet in a small town near Toulouse in 1658. The son of middle-class parents, Laumet actually entered the army at the age of 24, before his family’s financial reversals forced him to pursue opportunities in New France, where he married Marie-Thérèse Guyon, the niece of a pirate. During these nuptials, Laumet—safe from the scrutiny of French courtiers and genealogists—ennobled himself with the stroke of quill. His alias combined the name of a town near his childhood home, Cadillac, with that of a local baron, Sylvestre d’Esparbès de Lussan, seigneur de Lamothe-Bardigues, whose family crest the young soldier of fortune incorporated into the first and fourth quarterings of his own now-famous heraldic device.

This newly minted identity gave the adventurer access to the colonies’ highest officials, from whom he obtained the grant of an estate in Maine and a commission as commander of the French fort at Michilimackinac in Michigan. Having no experience as a landed gentleman, however, he could generate no income from the estate, and during his command of the fort, scandal erupted when Jesuit missionaries accused him of giving brandy to the natives in exchange for beaver pelts, and luring native women into prostitution. Eventually the king ordered the fort closed, and Cadillac, left with no other prospects, lobbied successfully for another land grant and permission to build Fort Pontchartrain, the citadel he had envisioned on the Michigan straits. But there history repeated itself, and Cadillac was arrested on charges of abuse of power and extortion. Perhaps to quell outrage in the region, the Crown appointed him governor of Louisiana, where he spent much of his time requesting to be relieved of that post. He was finally recalled in 1716 and, on arriving in France, imprisoned in the Bastille for making treasonous remarks. After his release, the self-styled lord of Cadillac sued the government for return of his real-estate holdings at the fort, which had been his one lasting achievement. In 1722, the courts restored to the landless gentleman his lands at Ville d’Étroits, as the area was then called. That same year, the heroic founder of the automobile capital promptly sold his interest in what later became “the greatest and largest manufacturing city in the whole world” to buy the governorship of a humble and far less industrious town near his birthplace.